@GNev2
The @Conservatives lose Tiverton. A 30% vote swing against them! He’s a liability to us all and willing to take everyone down including his own MP’s. He will say something daft in Rwanda to try and distract us. The tiresome game he’s playing is coming to an end though 🙏
24 Jun, 03:41 AM UTC

@haveigotnews
After the Tories lose two by-elections while Boris Johnson is in Rwanda, backbenchers ask Priti Patel to cancel his return ticket.
24 Jun, 06:19 AM UTC

@JMPSimor
If you want to be misinformed watch @bbcquestiontime The debate on Rwanda and on the ECHR proposals was filled with error. Not a single person understood either policy. Terrible.
23 Jun, 11:35 PM UTC

@RoryStewartUK
The government explained that if these asylum-seekers were granted asylum they would stay in Rwanda. IDS seems to be supporting a policy he doesn’t understand. https://t.co/MeMpBv13YF
23 Jun, 02:34 PM UTC

terry manners
@TelBabe
One thing is for sure, if Labour form a government, the Rwanda plane will never take off; Brexit will wither on the vine and we will limp back to Brussels and the unions will again be in control of our country. The only people who don't see this coming never experienced the 70s.
23 Jun, 06:35 PM UTC

sarah murphy
@13sarahmurphy
They thought the Rwanda plan would play well. They assumed their attack on human rights would appeal. They expected their NI protocol lawbreaking would impress. But none of it makes our lives any better. We are v tired of the lies, failure and hostility. And so v sick of Johnson.
24 Jun, 07:09 AM UTC

@AngelaRayner
Boris Johnson might apply for permanent residency in Rwanda at this rate.
24 Jun, 12:57 PM UTC

@UGHighCommRWA
H.E the President of the Republic of Uganda, Gen. @KagutaMuseveni, received with excitement as he arrived in Kigali, Rwanda, to attend the 26th Commonwealth Heads of Government Meeting (CHOGM). H.E Museveni travelled by road through the Katuna border point. Thursday 23/June/2022 https://t.co/8mHj39Xk0e
23 Jun, 02:45 PM UTC

terry manners
@TelBabe
Like so many Brits, I am gobsmacked that we still do not know the name of the hideaway judge who over-ruled our own supreme court judges to block the flights to Rwanda. Is he Russian, Iranian or worse, Syrian or French? What qualifications does he have, this man who rules the UK?
23 Jun, 10:50 PM UTC

Brendan May
@bmay
It would be highly ironic if they ditched him whilst he was in Rwanda, his new favourite country.
24 Jun, 12:31 PM UTC

Melissa
@MelissaLMRogers
72% of Canadians are WORRIED they won't be able to feed their families and instead Trudeau flies to Rwanda and donates 250 MILLION to the UN Food fund #Canada #Ontario #JustinFlation #cdnpoli
24 Jun, 01:56 AM UTC

@BioNTech_Group
We’re honored to have welcomed our African partners for the first time on the African continent as construction began for the initial African #mRNA manufacturing facility in Kigali, Rwanda, 4 months after we introduced the #BioNTainer concept in February. https://t.co/MQRRCwvzrO 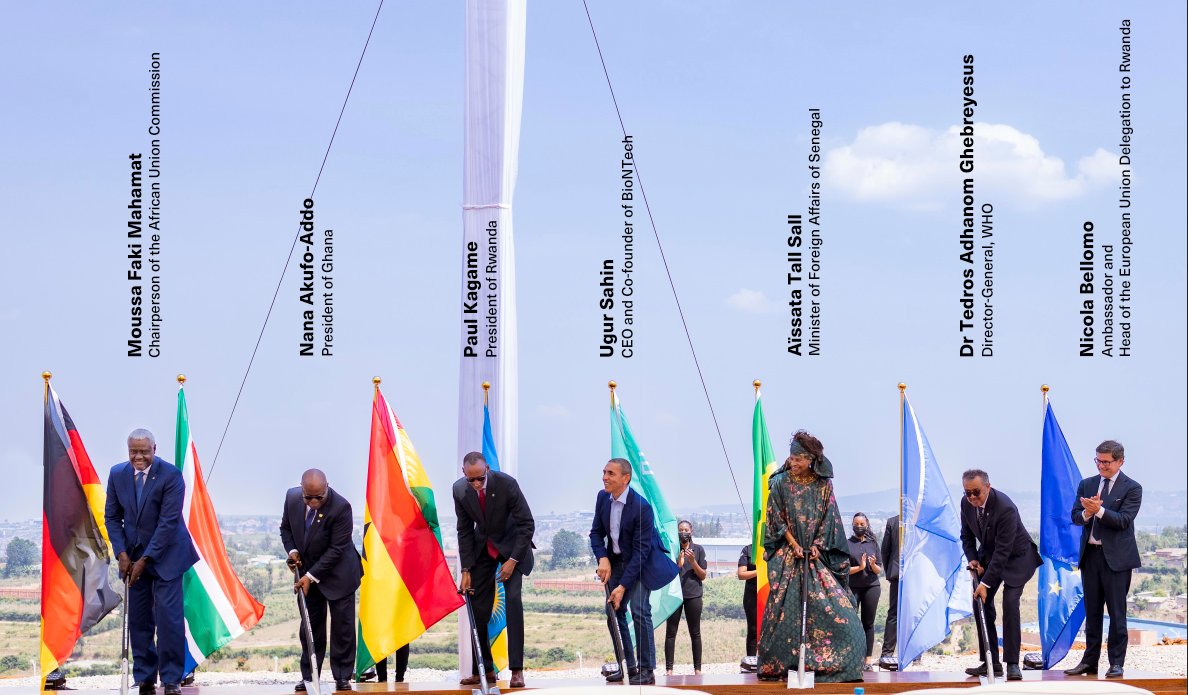 @CarolineLucas
Priti Patel refusing to give a number for how many trips across the Channel her disgusting #Rwanda refugee policy is meant to prevent This isn't governance, it's an ugly campaign. Their 'suite' of sinister measures sacrifices basic human rights, and stokes division. Repulsive 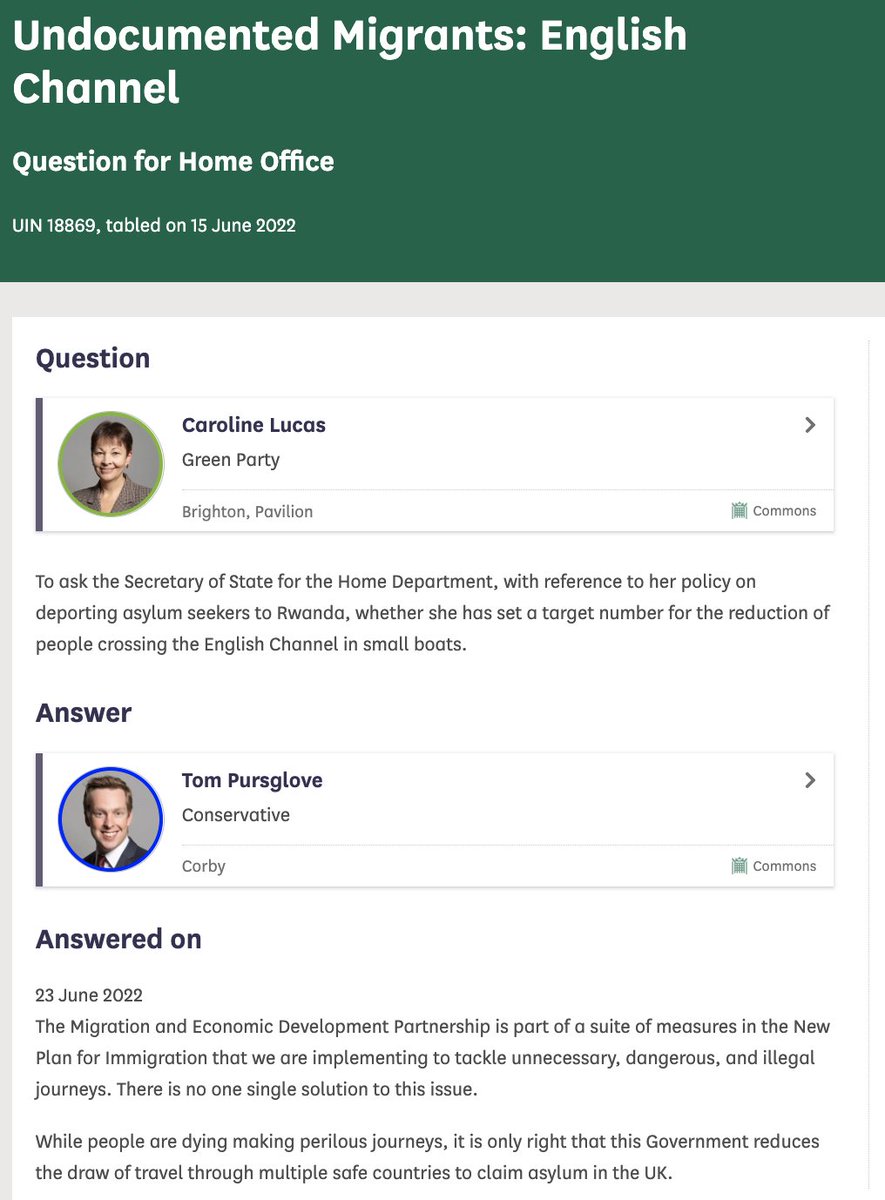 @BorisJohnson
The Commonwealth, a family of 54 countries encompassing a third of humanity is united by an invisible thread of shared values, history and friendship. We now pass the responsibility of Chair-in-Office to Rwanda to continue the work of the Commonwealth. https://t.co/4b4cMt6PlM
24 Jun, 01:00 PM UTC

🇨🇦Unacceptable CanadianGirl🇨🇦
@AreOhEssEyeEe
What was so important in Rwanda that Trudeau broke his own quarantine laws & couldn't meet with Canadian Vet, James Topp, who walked across the country to end mandates and speak with Trudeau?
24 Jun, 11:48 AM UTC

Stop Deportations
@StpDeportations
🚨🚨We have heard that the Home Office has started to detain dozens of people, to deport them to Rwanda. Alert your communities & anyone who might be at risk. There is no date set for the next deportation flight & there is a court hearing in July on the policy. #EndDeportations
24 Jun, 08:52 AM UTC

The Mouthpiece
@Real_AmakaIke
The So Called Buhari While Answering Questions From @BorisJohnson Concerning @MaziNnamdiKanu In Rwanda, Couldn't Mention Any Crime Mazi Nnamdi Kanu Committed.He Only Said That MNK Was Intercepted & He Is In Their Custody To Prove All The Bad Things He Said Against Him & Nigeria.
24 Jun, 06:35 AM UTC

@Steven_Woolfe
Care for Calais has led the attacks against the Rwanda policy. I debated its head on @GMB on Monday. Now they face a Charity Commission investigation- https://t.co/oAhHoI8f11 https://t.co/lO9mq1ShYV
23 Jun, 08:05 PM UTC

CHIKA AUSTINE
@okoroaugustin15
So @MBuhari standing before @10DowningStreet in Rwanda couldn't mentioned @MaziNnamdiKanu crimes other than "things he said about Nigeria while outside". Laughable! Case closed...
23 Jun, 07:28 PM UTC

Bob Morgan 🇺🇦 #BLM 💙
@Bbmorg
Priti Patel - the bully - admitting on LBC that the Rwanda plan is meant as a deterrent - something unpleasant to do to foreigners.
24 Jun, 07:04 AM UTC 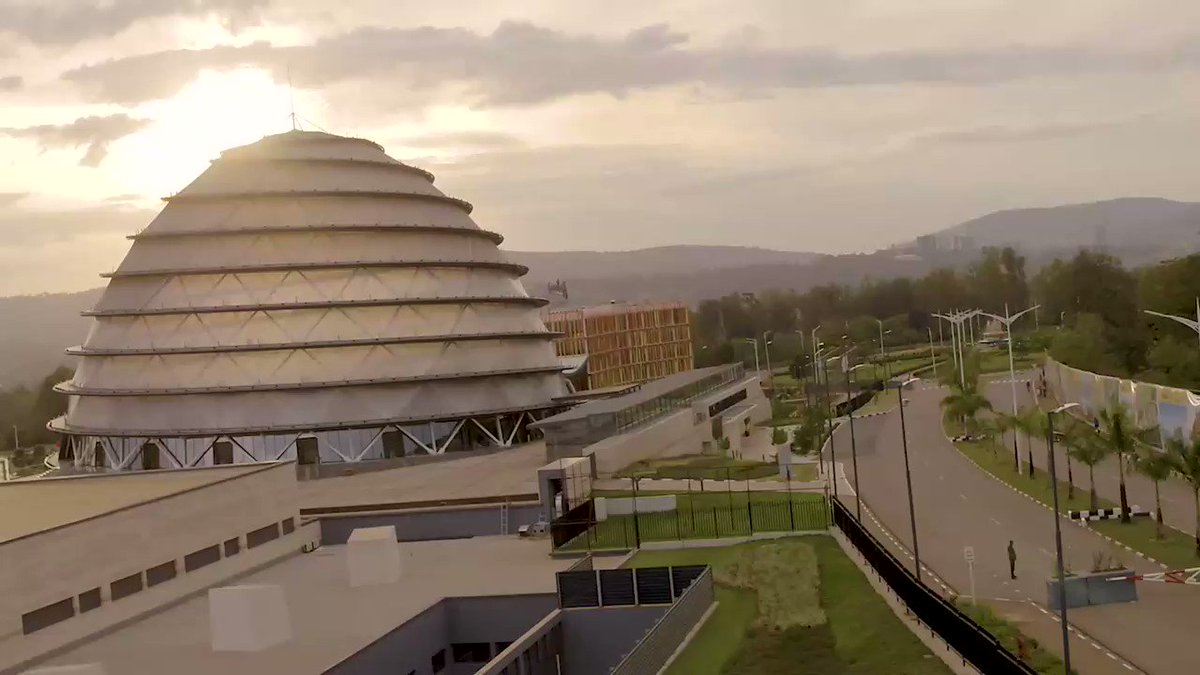 @Roman_Baber
Forcing someone to choose between their personal health and ability to feed their family is inhumane @JustinTrudeau. Speaking of, have you tested negative before your Rwanda trip? If anything, you're putting people at risk, your 3 shots notwithstanding. #cdnpoli #onpoli #cpcldr https://t.co/pktDqzlbjH
24 Jun, 01:42 PM UTC