Sabres is trending on Twitter. Popular tweets on Sabres. 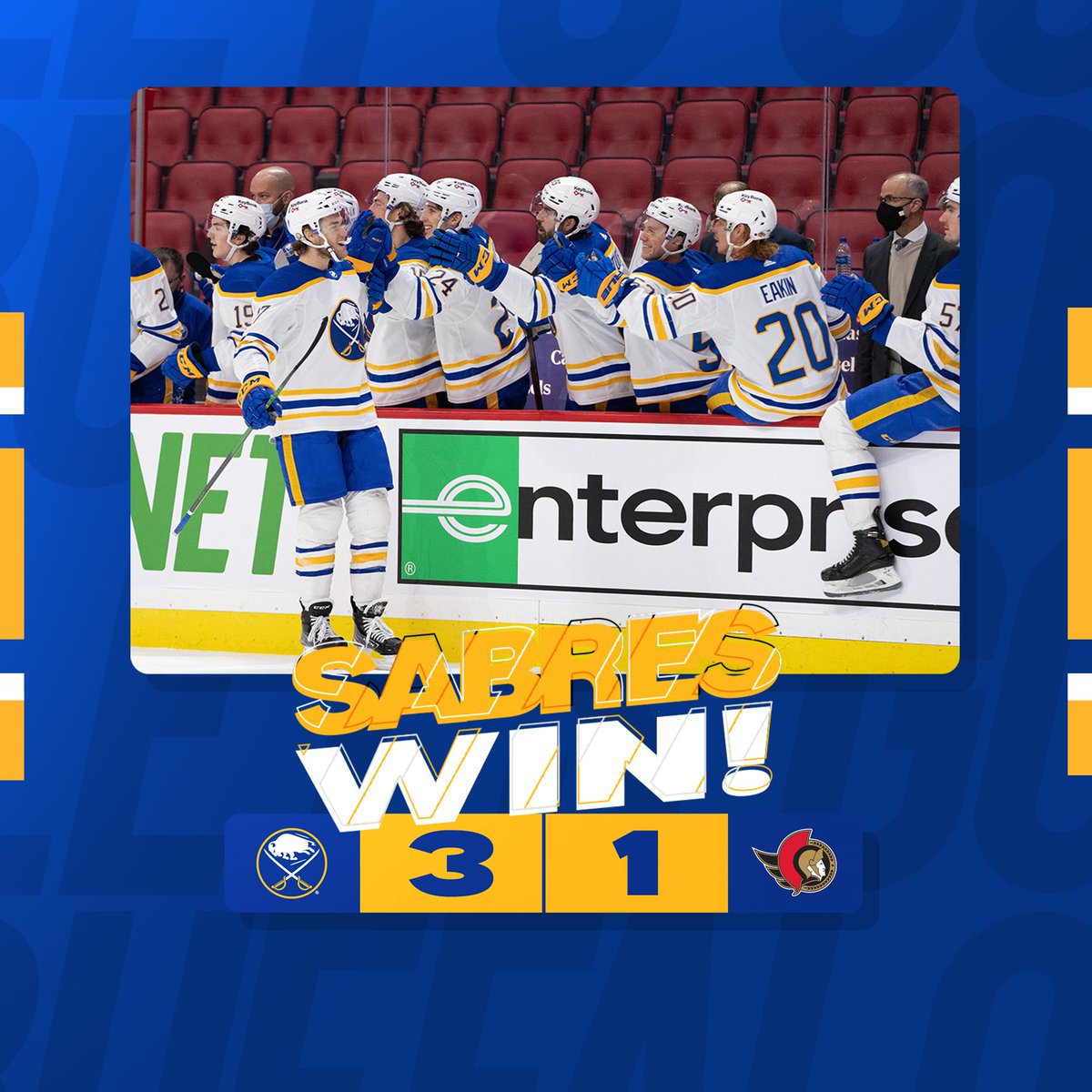 @TheInstigator76
Now that it’s official, Sabres should look at bringing in Briere. Either Pres of Hockey Ops, or Adams move to Pres and Briere GM. Only opinion, and I’m very biased. https://t.co/4nBfGJvtAg
18 Jan, 04:44 PM UTC

chloe wojtanik
@chloewojj
getting mad at this sabres team feels impossible because i’m not gonna scream at mark jankowski and michael houser
19 Jan, 01:21 AM UTC

@BuffaloSabres
It's #TacoTuesday! Retweet this tweet for a chance to win a @BuffaloMoes Meal Kit and a Sabres Prize Pack! Rules: https://t.co/fztZqtKxKc 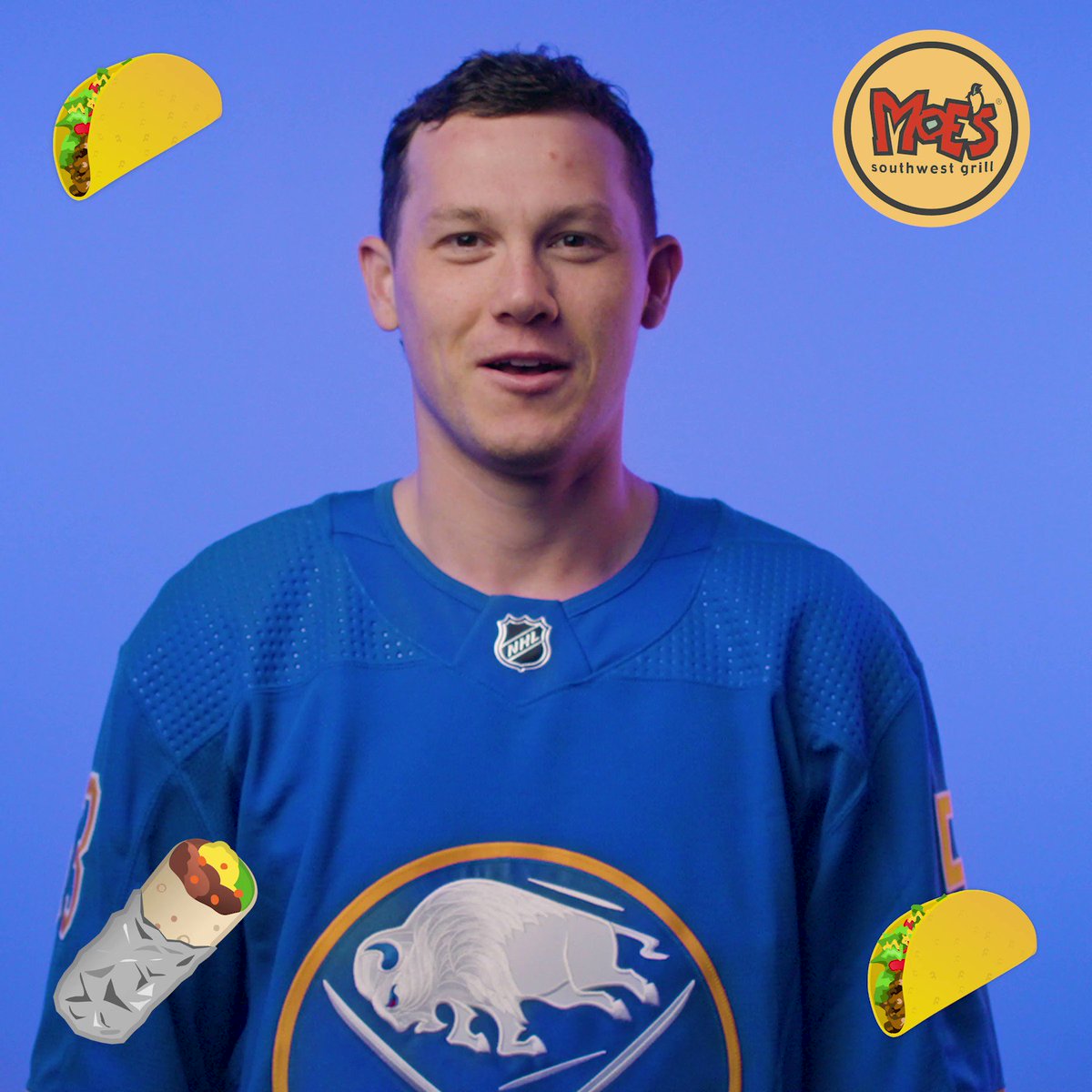 The Charging Buffalo
@TheChargingBUF
Alex Tuch empty netter. His 7th point in 7 games as a Sabre. Sabres will get the win.
19 Jan, 02:36 AM UTC

Lalime's Martian
@LalimesMartian
Should there have been a whistle? Yes Was there a whistle? No Still only scored 1 goal against the Sabres, not from a lack of trying though. They played well, they just didn't come out on top. Sometimes you lose games you deserve to win.
19 Jan, 03:35 AM UTC 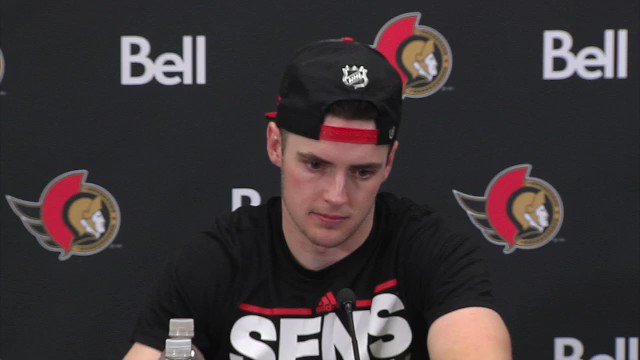 @TSNHockey
“Everyone is in, Brannstrom is down…(we were asking) ‘where’s the whistle?’” @cherylpounder, @DarrenDreger & @Linz_Hamilton on how the Sabres spoiled the Sens' homecoming on Mark Jankowski's unusual game-winner - https://t.co/RK0UeEoaTJ #TSNHockey 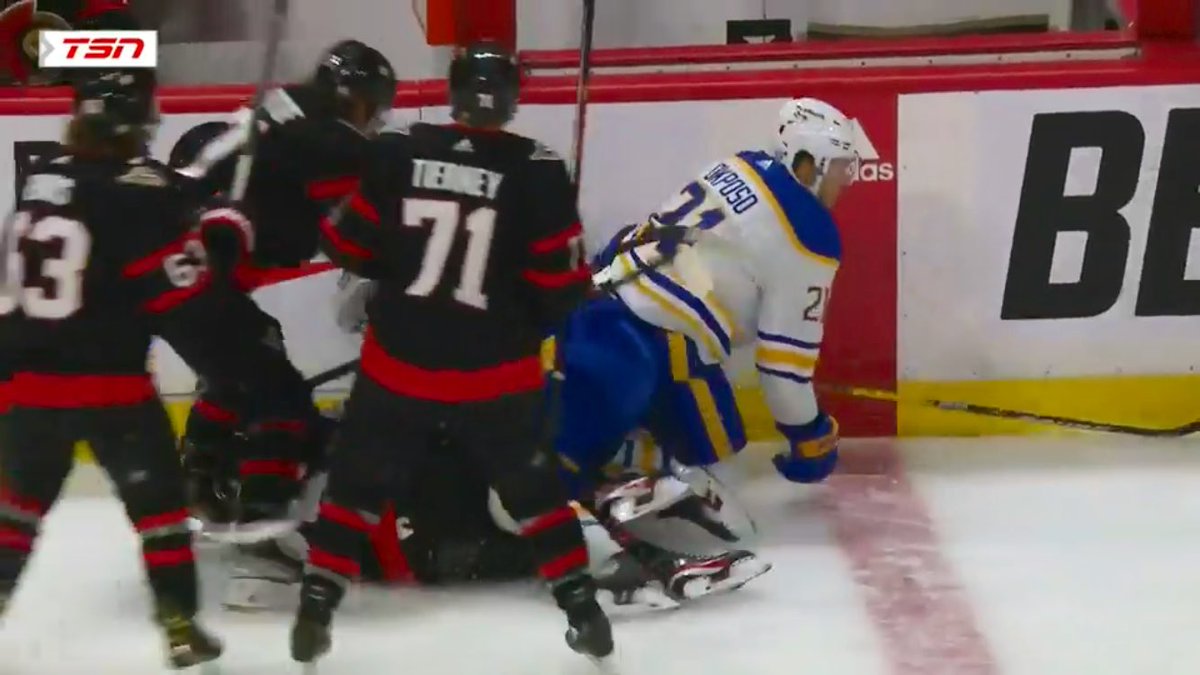 Maritime Hockey
@HockeyMaritime
Drake Batherson scored a powerplay goal tonight as the Ottawa Senators fell 3-1 to the Buffalo Sabres. Drake is emerging as a star, as he leads the Sens in points this season with 31. #GoSensGo #NovaScotia #Batherson https://t.co/nh6iFGpog0
19 Jan, 02:49 AM UTC

@WGR550
The #Sabres were able to bounce back today with a win over the Ottawa Senators. This was the team's first time back in Ottawa in 2 years. @schmity47 shares his three observations on the overall team effort in today's win: #LetsGoBuffalo >>https://t.co/YPwqXoZKVJ<<
19 Jan, 04:26 AM UTC

Bill Hoppe
@BillHoppeNHL
"He's ... someone that everyone in that locker room loves to battle for and loves to play in front of. ... He was amazing." More on #Sabres goalie Michael Houser's dazzling performance, Mark Jankowski's "surreal" goal & #Buffalo's 3-1 win over the Sens: https://t.co/v9BsjQtPNF
19 Jan, 04:24 AM UTC

Bill Hoppe
@BillHoppeNHL
No update on Kyle Okposo, per Don Granato. He was still being examined. #Sabres
19 Jan, 03:18 AM UTC

EXTREMELY sad sabres fan
@gautiersgf
how i expected my bfs frat to react when i yelled that the sabres won when i walked in the house to pick him up from chapter https://t.co/4lSHMSm76V
19 Jan, 04:44 AM UTC

EXTREMELY sad sabres fan
@gautiersgf
the one sabres fan in the frat wasn’t fucking there
19 Jan, 04:45 AM UTC

@ByMHarrington
Falling into 4-1 hole tonight in Calgary ain't a great look for #FlaPanthers, who have a lot to prove that they're not just home tigers. They're 21-3 at home but just 5-4-5 on the road. This is opener of 5-game Western swing. Hmmm. #Sabres and #Sens both have more road wins (6)
19 Jan, 04:17 AM UTC

Jason
@damnitjason
Excellent job everyone! Come back Thursday when we discuss the Buffalo Sabres resurgence against the lowly Stars. https://t.co/kbmReafUcO
19 Jan, 04:17 AM UTC

Timothy Vatsen
@TimVatsonAutowa
@Senators The Sabres have to go back to Buffalo NY tho. So really, they take the biggest L of the night.
19 Jan, 04:11 AM UTC