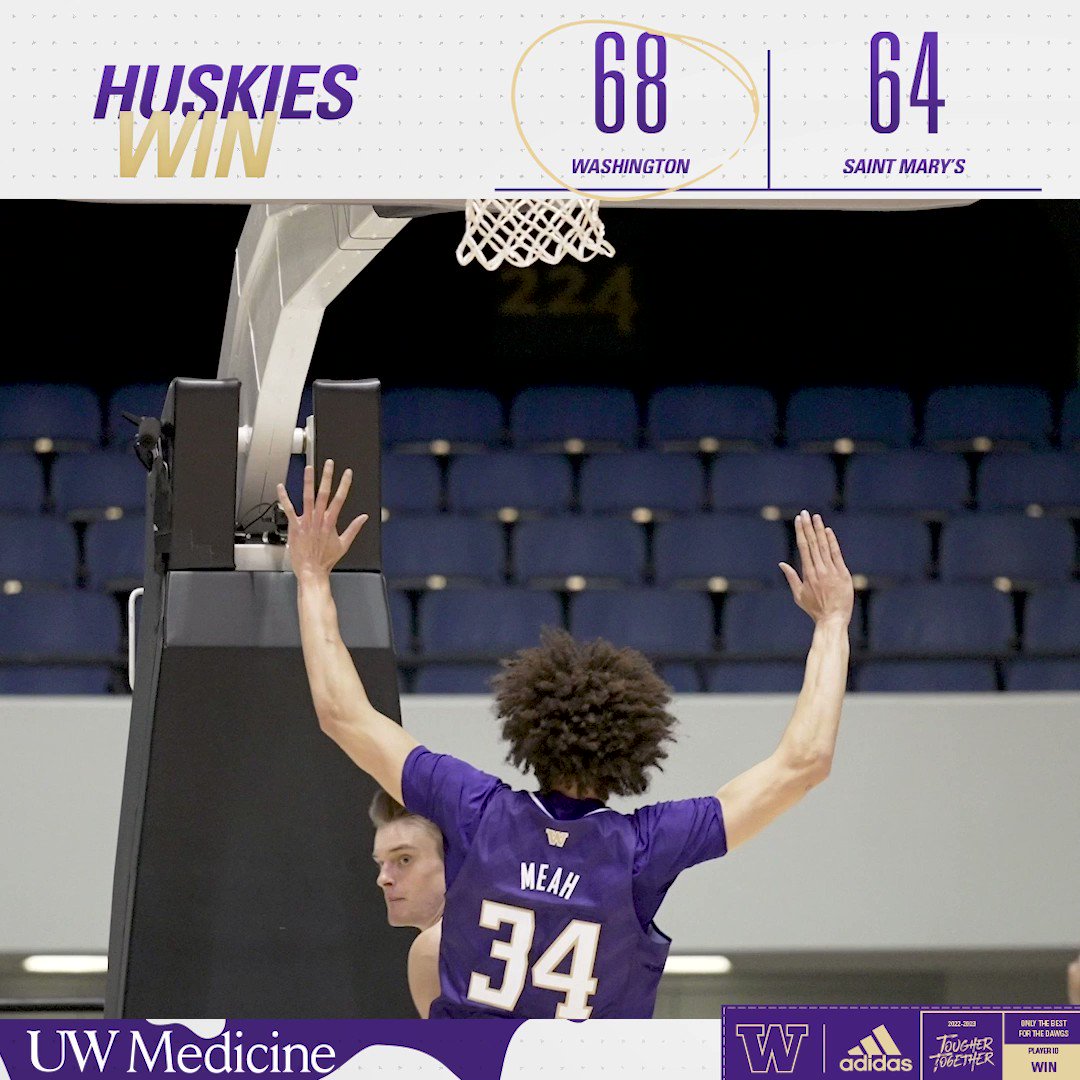 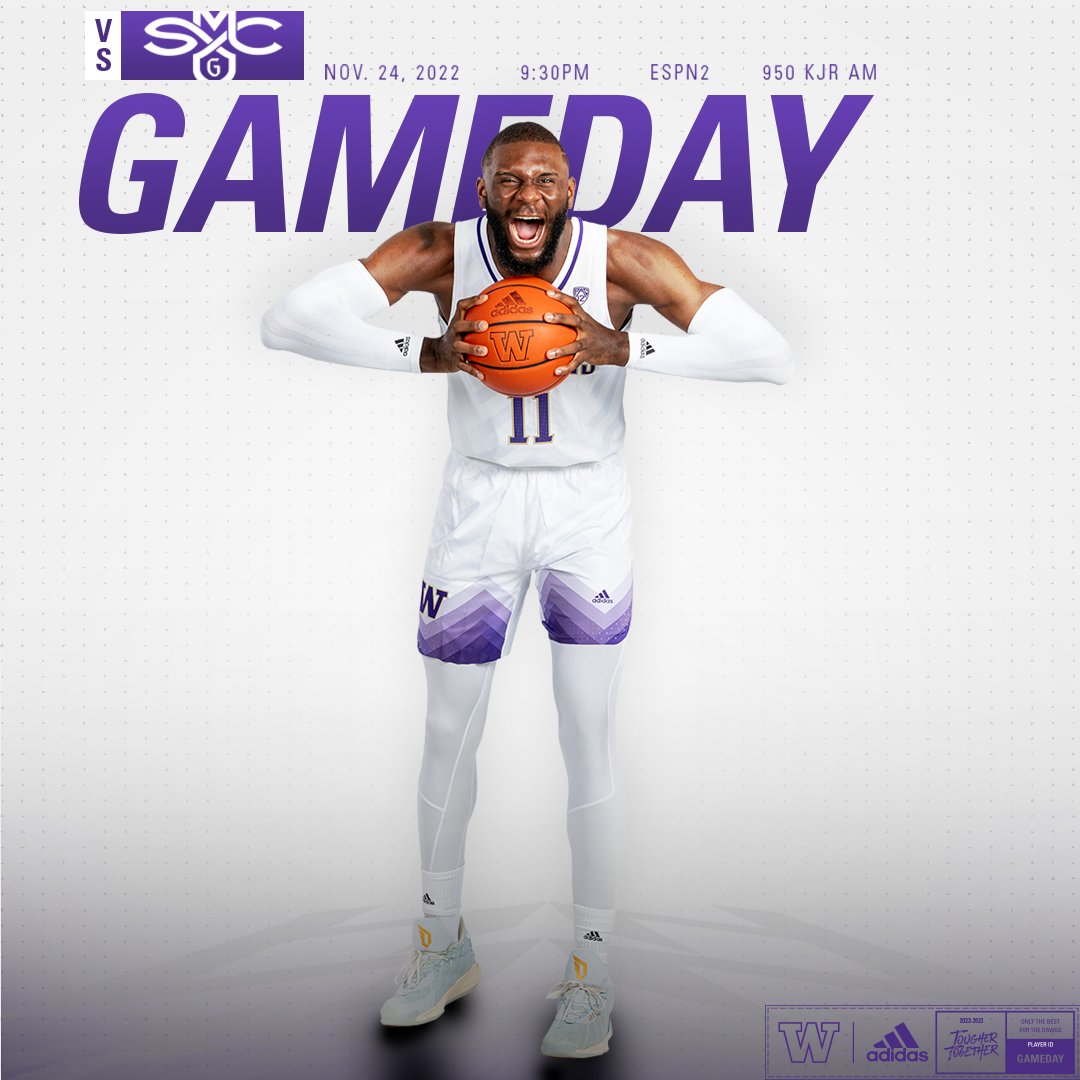 @UWAthletics
Congrats to @UW_MBB on winning the Wooden Legacy with a win over Saint Mary's! 🏆 #GoHuskies x #TougherTogether 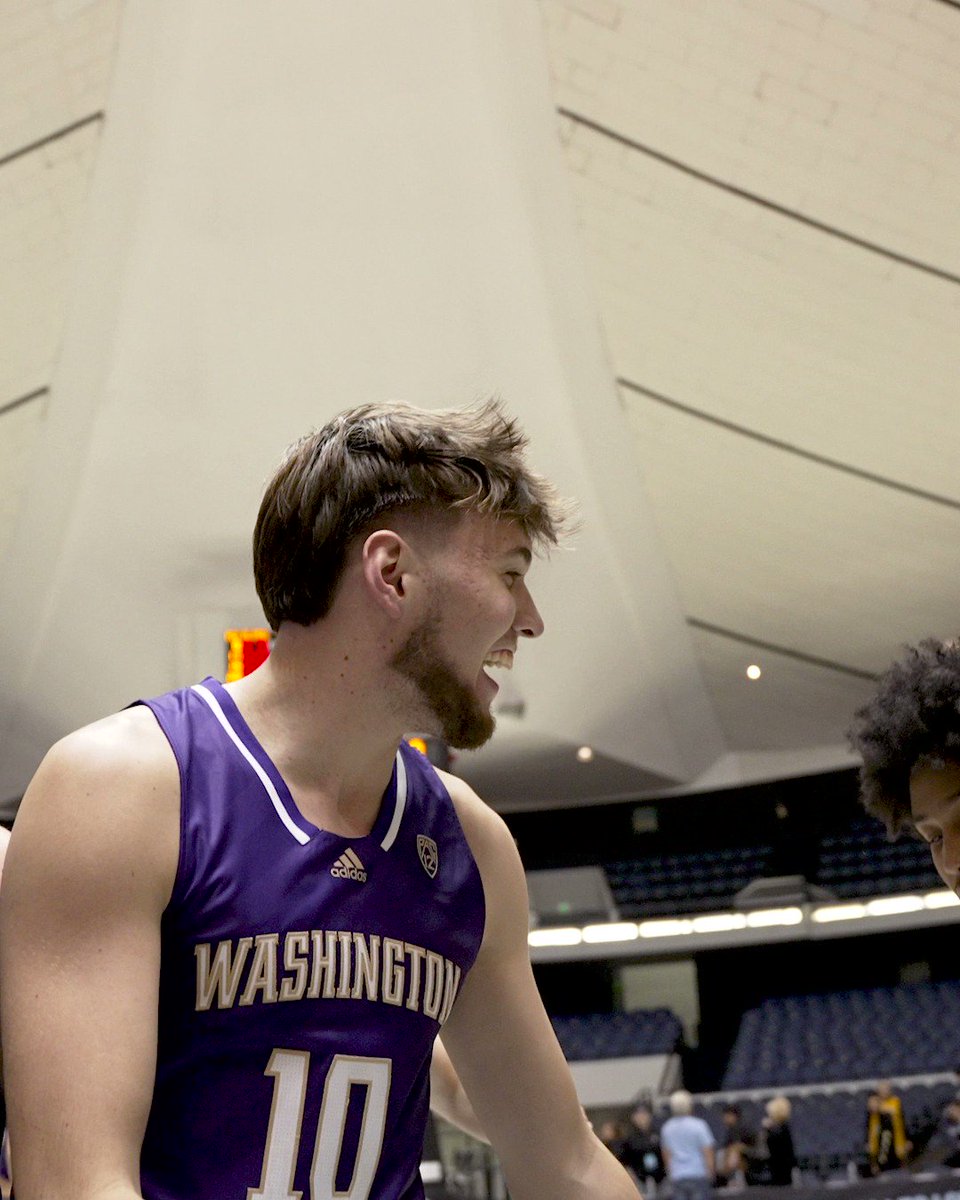 Max Vrooman
@UWDP_maxvroom
Didn't think this team had it in them but Huskies pull off a huge win 68-64 in OT over Saint Mary's. Absolutely had to have this one to atone for last week's loss to Cal Baptist.
25 Nov, 07:46 AM UTC

Brent Stecker
@BrentStecker
Huge win for the plucky UW Huskies over perennial power Saint Mary's, which is a real sentence you can type in this year of our lord 2022.
25 Nov, 07:45 AM UTC

J r u e
@thatl0calguy
eating pumpkin pie and crying about the Saint Mary's Gaels losing in the championship game of the Wooden Legacy Classic
25 Nov, 08:03 AM UTC

Dawgsbest
@DAWGSBEST
Somehow someway the Dawgs take down Saint Mary’s and have won the Wooden Legacy Championship!
25 Nov, 07:46 AM UTC

Zack Farmer
@postsbyzack
That was an ugly game of basketball. Took Saint Mary’s way too long to figure out Washington’s zone. Imma need to process this. Ugh. https://t.co/MkQ0iDgdkZ
25 Nov, 08:02 AM UTC

@saintmaryshoops
Saint Mary's dropped a tough one to close out the Wooden Legacy, falling 68-64 to Washington in overtime despite another 19-point performance from Mitchell Saxen. #GaelsRise Full recap ⬇️ https://t.co/A57NezEAvm 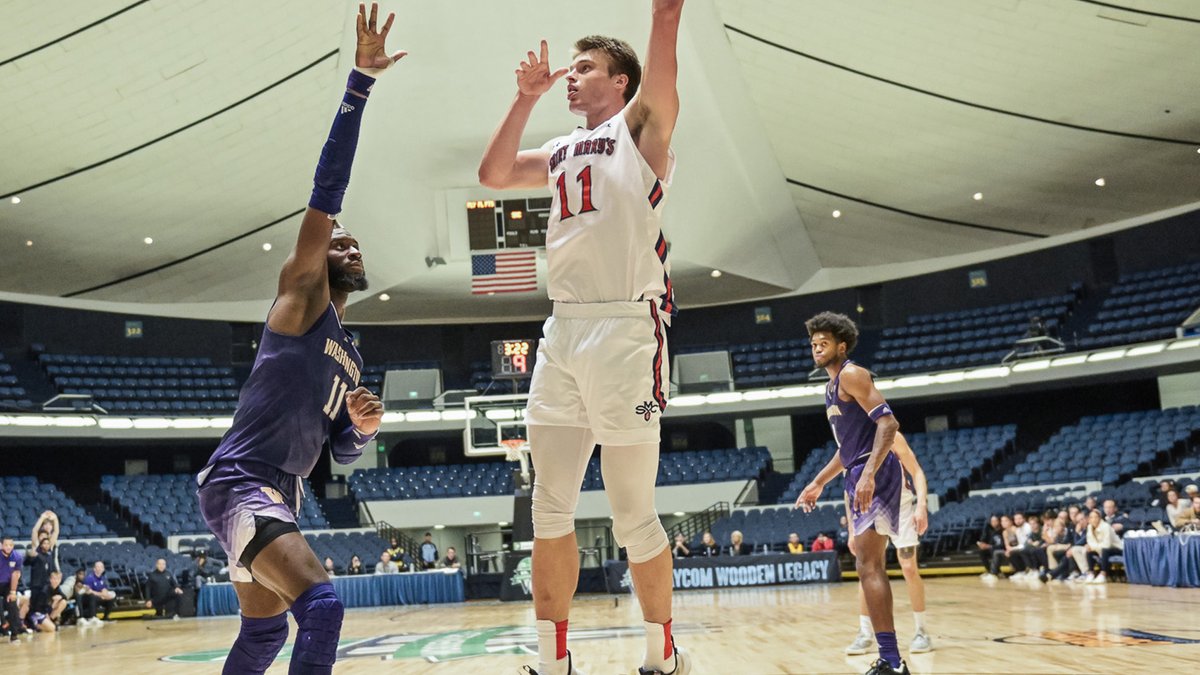 @SeattleSports
Keion Brooks had 14 points and 11 rebounds, PJ Fuller II made a game-tying shot to force overtime, and the UW Huskies overcame 23 turnovers to beat previously undefeated Saint Mary’s 68-64 in the championship game of the Wooden Legacy. https://t.co/FyzbccLQ4K
25 Nov, 08:18 AM UTC

FadetoWin
@fadeto_win
@DaGuruJoe Took the Saint Mary’s ML live + money I had to cashed it out before the OT can’t handle the sweat 😂 glad I cashed out and made a little something.
25 Nov, 07:47 AM UTC

Will Maupin
@willmaup
FINAL: Saint Mary's loses 68-64 in overtime to Washington in the Wooden Legacy final. Two grinder defensive teams. Gaels couldn't figure out UW's zone until late, made a comeback but couldn't close it out. UW could in the extra period. Gaels 6-1; Huskies 5-1. #WCChoops
25 Nov, 07:47 AM UTC