@iSlimfit
They set a Catholic Church on fire and vandalized shops in Sokoto. This is tantamount to terrorism. Why do we have Nigeria Army?
14 May, 01:49 PM UTC

Kelvin Odanz
@MrOdanz
So a Christian girl sends a voicenote where she allegedly disrespected your prophet Some Muslim Youths took laws into their hands, murdered her and the govt arrested them. And now churches are being burnt in Sokoto by other Muslims angry that the murderers were arrested. wow
14 May, 01:13 PM UTC

@renoomokri
People who have never been to Sokoto, will attack me for saying this. But I have lived there. If you respect their religion, you will prosper there, even if you don’t believe in their religion. They will NEVER force it on you. But you MUST respect it. My testimony #TableShaker
14 May, 12:07 PM UTC

NEFERTITI
@firstladyship
Arewa youths wielding stones, sticks & machetes are on rampage at a Catholic Church in sokoto. They are looking for Christians to slaughter in the most brutally insane & chaotic manner, & security is no where to be found. ONE NIGERIA is a JOKE. We can’t coexist with barbarians💔
14 May, 02:40 PM UTC

Man of Letters.
@Letter_to_Jack
Remember when many Northerners refused to join the #EndSARS protests, and how they told us that protesting against constituted authority is not Islamic. Today, hundreds are with weapons in Sokoto protesting in support of murderers.
14 May, 01:18 PM UTC

Kelvin Odanz
@MrOdanz
The phone numbers of the organisers of the protest in Sokoto has been in public since yesterday. Yet security agencies didn't round them up and put measures to stop the protests. Now there is full-blown violence in Sokoto with churches getting burnt.Why is the police so useless?
14 May, 01:02 PM UTC

@Imamofpeace
The Muslim authorities in Nigeria should take responsibility for what has happened. Every Imam and Mufti is responsible for their congregation, and what they are taught. At the same time, I praise His Eminence The Sultan of Sokoto for his wisdom and swift condemnation. #Deborah
14 May, 12:40 AM UTC

Man of Letters.
@Letter_to_Jack
Please say a prayer for the Christians in Sokoto State at the moment. Ask God to keep them safe.
14 May, 01:06 PM UTC

Man of Letters.
@Letter_to_Jack
They are now burning churches in Sokoto according to eye witness reports. You stone a Christian Lady, you burned her alive and you’re still attacking more innocent people. Are these people above the law????
14 May, 01:10 PM UTC

@renoomokri
Sokoto is a place I understand. My family lived there for decades. They are VERY TOLERANT, except for blasphemy. My father went there as a 23 year old NYSC member. He became DPP and a judge there. And the NW gave him, a Christian, their slot in the Court of Appeal! #TableShaker
14 May, 11:45 AM UTC

LERRY 👑
@_AsiwajuLerry
The videos of Hausa mob attacking the Christians in Sokoto is so disheartening. Simply because the culprits involved in the unjust murder of Deborah were apprehended?? The North breeds different kind of animals.
14 May, 02:33 PM UTC

ᴏnowvo_ᴏᴍᴀsᴏʀᴏ ᴀʟɪ ᴏᴠɪᴇ ™☤🇳🇬
@OvieNews
The Chief Imam of Masjid Al Nabawi in Medinah Saudi Arabia, Sheikh Ali Al Hudaify ,condemns the mob killing of Deborah Samuel in Sokoto and the burning of her corpse . Warns that such violent acts will make people flee from accepting Islam. Medina is the home of Maliki Madhab. https://t.co/sesSGirm9p
14 May, 04:29 PM UTC

Grassroot Reporters
@GrassrootReport
Another Christian girl (lying in green) was almost lynched today in Sokoto. She was allegedly accused of blasphemy by a mob during the protest. She was about to be lynched before some older men intervened to save her. https://t.co/Yr1d2IB5sb
14 May, 01:35 PM UTC

@theprincelyx
Deborah did not express herself in the markets of Sokoto. She was on a class WhatsApp group where someone was sending BCs not related to the group's purpose and she expressed her displeasure. When they say blasphemy, they make it seem as if she went to a mosque to abuse Moh'd.
14 May, 09:36 AM UTC

Gistlovers.blog1
@Gistloversblog1
Ongoing protest in Sokoto as police arrest the boys that killed Deborah Samuel They also burnt down a church in Sokoto Bcos the police refused to release them. Where’s the Nigerian Army when you need them the most? They won’t come out because it’s the North 😡😡😡 https://t.co/YcqwtlT8aV
14 May, 02:27 PM UTC

@iSlimfit
So I just read that there’s a planned protest in Sokoto because Police arrested some of the people involved in the gruesome killing of Deborah Samuel over “blasphemy”. The same people don’t ever protest over banditry or poor governance.
14 May, 01:24 PM UTC

Abdullahi Yusuf
@Ay_Bawaa
We didn’t protest against the massive killings in the North, But we are busy protesting for people that took laws into their hands in Sokoto. We have a long way to go.
14 May, 04:31 PM UTC

Mr Mfon❁
@Mrmfon0
The irony of the images coming out of Sokoto at the moment. One would expect that it would be the Christians protesting an extrajudicial killing of one of them right now and not the other way round🤕 #protest
14 May, 03:33 PM UTC 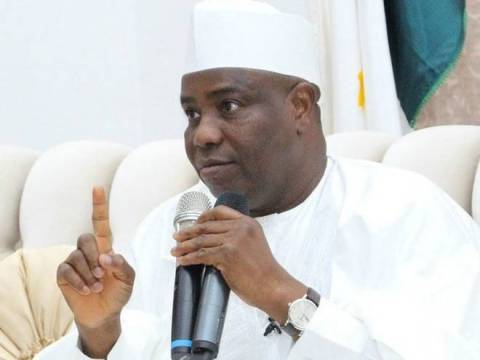 Daniel Regha
@DanielRegha
Some northerners are vandalizing non-Muslims' properties in Sokoto & the army are yet to step in, but if this was happening in the south u will see them take swift action; Where is the energy they used against protesters during the EndSARS? Tribalism is Nigeria's biggest problem.
14 May, 05:37 PM UTC

Dr Great Oracle
@AbdulMahmud01
Mince no word, the Sokoto carnage is an attempt to impose a northernist, theocratic order and worldview on the people of the south, committed to their liberal outlook and self-emancipating culture. The refusal of the northern elites to rein in the mob is also indicative of this
14 May, 05:36 PM UTC

Elochukwu Ohagi
@ElochukwuOhagi
Imagine that what is currently happening in Sokoto is happening in Orlu. Just imagine it a little. Bodies of youths would have littered everywhere. They will remember they have soldiers. The fo-ols remain you that support one Nigerịa from the East. #ThisIsNot1967 #FreeBiafra
14 May, 03:33 PM UTC 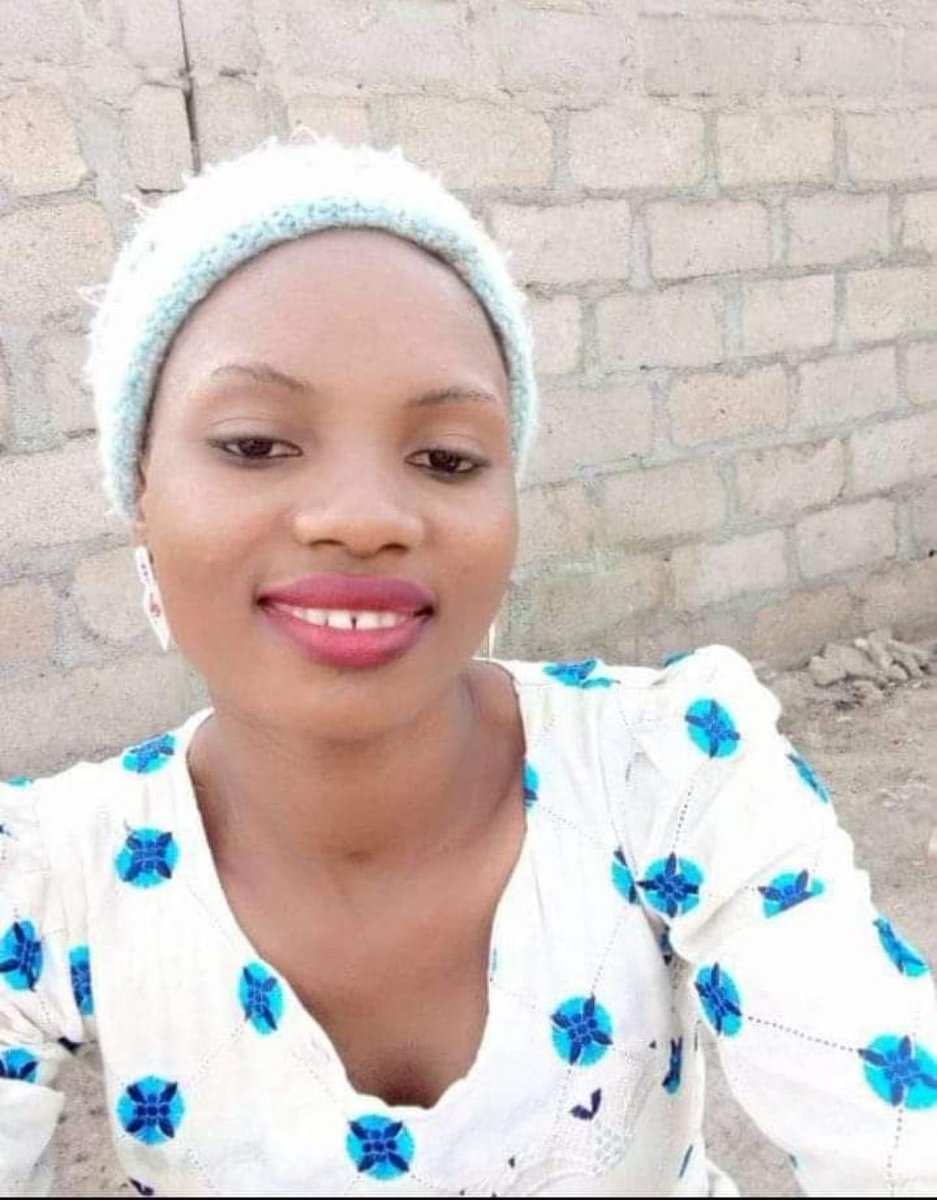