@RadioFreeTom
Steve Chabot whining about the toxicity of our national discourse and citing Jonathan Turley. The moral and intellectual poverty of the GOP on full display.
13 Jan, 06:47 PM UTC

@lyzl
Rep. Steve Chabot is mad that they are "ramming" through impeachment? Okay *stares in the Amy Coney Barrett hearing*
13 Jan, 06:48 PM UTC

@FridaGhitis
Republican Steve Chabot complains "we haven't heard from a single witness. But every speech today is from a witness who was held under siege by mobs sent by Trump
13 Jan, 06:47 PM UTC

Joe Hills
@joehills
Rep. Steve Chabot (R-Ohio) opposes impeachment because "we haven't heard from a single witness." Everyone in the house and senate witnessed the incident in question!
13 Jan, 06:48 PM UTC

@karenhunter
Rep. Steve Chabot...seven days is enough time to go to war. This isn't a snap Impeachment, it is self defense. And if I hear Lincoln and "better angels" one more 'gin...I'm going to scream. We don't have common ground. And Americans have not been together. WAKE UP!
13 Jan, 06:47 PM UTC 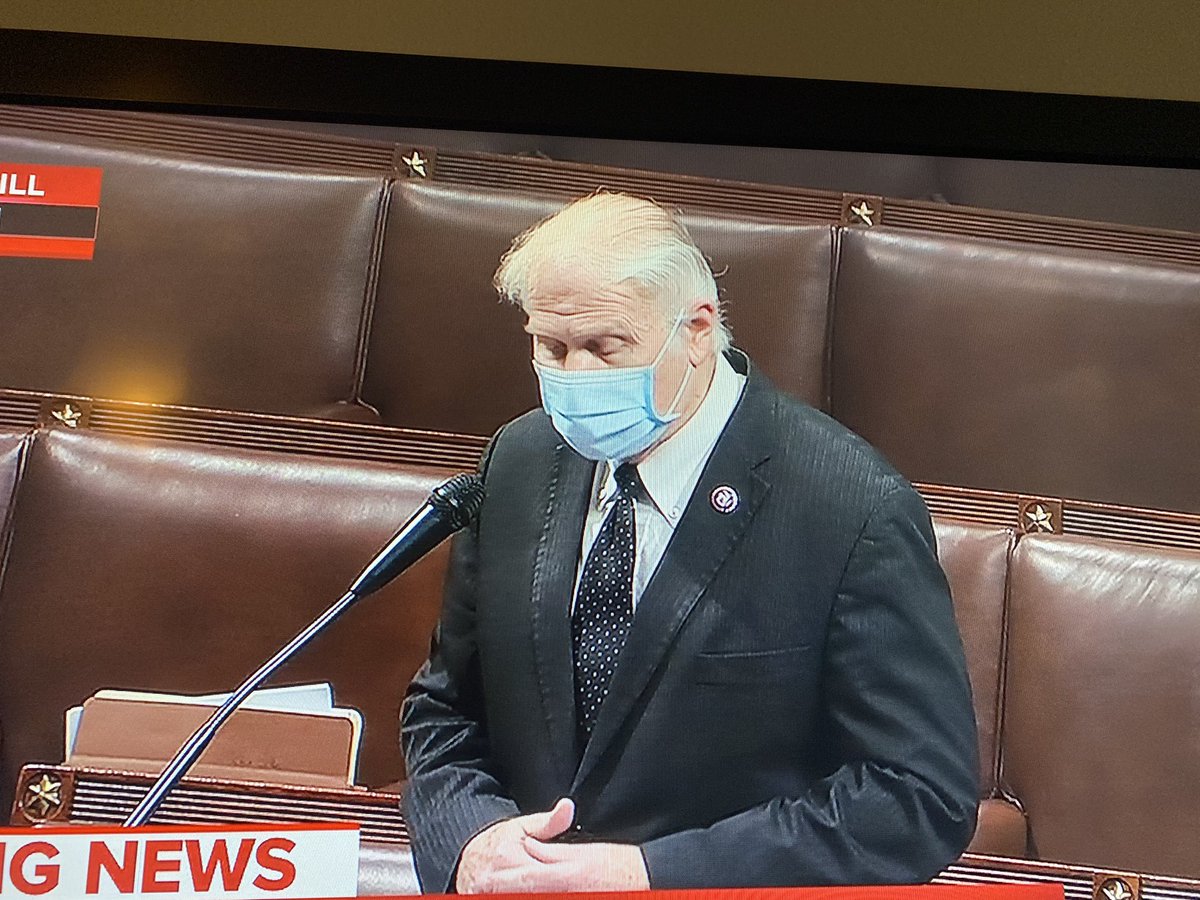 Tony - I'd rather be a do-gooder than a do-badder
@IsntTony105
Rep. Steve Chabot (R): "The political dialogue in this country has become toxic and is tearing us apart." And I wonder who is responsbible for that toxicity?
13 Jan, 06:46 PM UTC

sunnyskiesahead
@sandsun4me
@MysterySolvent I heard my Rep, Steve Chabot, and then I was done. All the lies of the last four years are being vomited for America to hear today by the Republicans.
13 Jan, 07:32 PM UTC

WATCH THIS SPACE AS BIG CHANGES COMING
@SKeithPryor
The GOP involvement in Impeachment Hearings is ludicrous! Just heard GOP Steve Chabot actually say HOW DARE WE RUSH IMPEACH 7 Days before hes gone! He was silent the 8 day wait to RUSH Justice Covid Barrett! The Law and Order party GOP only adheres to them when DEMS involved! https://t.co/Vc9rGEKUgx
13 Jan, 06:54 PM UTC

sunnyskiesahead
@sandsun4me
@iAryeh @lynchem1 @Jim_Jordan And then my Rep, Steve Chabot, speaks and is giving Jordan a run or his money.
13 Jan, 07:44 PM UTC

Doug Gardner
@douglas_gardner
@hmcc06 @DavidPepper As does humanity, a group that is arguably disjoint from the set {Steve Chabot}. NOTE: The curly braces are mathematical set notation, not an attempt to degrade Chabot any further than his own actions have done.
13 Jan, 07:39 PM UTC

CJ 💙
@CJCeruleanlady
Rep. Steve Chabot wants unity not impeaching #TraitorTrump. It is a "misguided path." He whines on about coming together, better angels..blah, blah, blah. Speaking of a "misguided path" how about #Republicans still supporting #TreasonousTrump who pushed for violence against you?
13 Jan, 07:22 PM UTC

i’m a knife now
@GabiSnurb
they are playing the congressional hearings at my laundromat and was in there long enough to hear a congressman (Steve Chabot?) list "cancel culture" as one of the great fears of the ppl who rioted and protested at the capitol
13 Jan, 07:38 PM UTC

Meredith Lee Colby
@mermersla
@jaketapper I heard Rep Steve Chabot say they shouldn't vote on impeachment because they hadn't heard from any witnesses. Seriously? Maga attacked our US Capitol. All of Congress are the witnesses. 😷🙏❤🇺🇸🌎
13 Jan, 07:38 PM UTC

jean gibson
@jeangibson_
Agreed. I am ashamed of my representative Steve Chabot. He is once again planning to follow trump right off the cliff. Ohio deserves better, and is better, than the likes of Jim Jordan and Steve Chabot. https://t.co/Y5mjbMpg4f
13 Jan, 07:26 PM UTC