Mark Goldbridge
@markgoldbridge
Two weeks ago the media and the Sky pundits were outraged about the Super League. Now some of them are outraged at United fans reacting to it. Never trust the media, they just go with the flow, they don't have morals
02 May, 04:07 PM UTC

@SkyNews
One of the protesters outside Manchester United stadium Old Trafford says the protest "isn't just about the European Super League", adding that the Glazer family, which has controlled the club since 2005, "need to go". Read more here: https://t.co/yjfNpetpic

8️⃣
@S7RGE
G Nev thinks we’re protesting about the Super League LMAOOOOO brudda you’re on the only person in the country still talking about it
02 May, 03:17 PM UTC

Thomo
@andy_thomo
Only United fans could be insulted for what’s going on today. We get called plastics, glory hunters, said we should all protest against the Super League so we do and now we are a disgrace. Don’t let biased get in the way of your bitterness #MUFC 🇾🇪
02 May, 03:08 PM UTC

United Zone
@ManUnitedZone_
Roy Keane: “It's not just as a result of what's happened the last two weeks with the Super League... it's been building for a number of years. They've come to the end and feel enough is enough. It's a huge statement for the game to be called off.” #mufc [Sky]
02 May, 05:06 PM UTC

@_Rob_B
Breaking into Old Trafford isn't the way of challenging the Glazer ownership. But this represents 16 years of pain & torment. English football is in a bad place after the Super League debacle. I can't see #MUNLIV going ahead after the stadium being so badly compromised. #MUFC
02 May, 01:34 PM UTC

@SkyNewsBreak
Manchester United fans have broken out onto the pitch at Old Trafford ahead of this afternoon's match against Liverpool in protest against the club's owners' attempt to join the European Super League For more on this and other news visit https://t.co/8OWd2TvLrt
02 May, 01:39 PM UTC

smtm_LFC75
@smtm__LFC75
Souness NAILING it. "This isn't to do with the European Super League. This is about where they are right now. They have spent over a BILLION POUNDS on players & they are nowhere. They are nowhere in the league. Champions League. They aren't winning. That's what this is about."

Dan McLaughlin
@Dan23_92
Remember when Klopp said the media and fans of the Big 6 needed to calm down over the Super League. Proof today why he probably had a point.
02 May, 02:35 PM UTC

JWC.
@TheJackyCalv
When fans were anti Super League (which Sky didn’t get the rights to) fan power was brilliant and Dave Jones was letting and promoting GNev and Carragher to speak out. Now fans have postponed a game that Sky are showing it’s dangerous and irresponsible. The mask always slips
02 May, 05:04 PM UTC

@lauriewhitwell
These protests were ignited by Super League but have been simmering for 16 years, since a toxic takeover that should not have been allowed to happen - as big read below explains. Getting a game cancelled is most significant outcome in that time. #MUFC https://t.co/K0j5Db5NG4
02 May, 05:43 PM UTC

The Tactical Times
@Tactical_Times
Gary Neville has taken a very valid protest at Man United - one that was going on while he was still playing, one that he historically hasn't been that keen to enter - and has turned it on Liverpool. The same thing he did when pinning the super league on them. He can't be trusted
02 May, 04:24 PM UTC

@MiguelDelaney
This is what people do when you exploit the people’s game too much Today’s Man United protest illustrates why the response to the Super League may be a landmark in English football history - it also keeps fan activist momentum https://t.co/IIphsuZlIM
02 May, 06:22 PM UTC

Halps
@LFCHalps
How Gary Neville views himself when he starts talking about the Super League https://t.co/y1KHRs7DBc
02 May, 03:17 PM UTC

Kenny Ken
@KennyKen1972
Ever heard of the phrase reap what you sow , Sky Sports revved up fans regarding the Super League; not realising that Utd and Gooners fans issues ran deeper than this; encourage protests than wonder why their annual showpiece game is in jeopardy; oh dear bit inconvenient now hey?
02 May, 03:25 PM UTC

United Update
@UnitedsUpdate
Roy Keane: “It's not just as a result of what's happened the last two weeks with the Super League... it's been building for a number of years. They've come to the end and feel enough is enough. It's a huge statement for the game to be called off.” #MUFC #GlazersOut
02 May, 05:16 PM UTC

@justinmoorhouse
It’d be nice to see the easy partisanship stuff on hold on days like these. This isn’t about your club is better than another club. It’s about culture and community and legacy. The solidarity over the Super League plans seems short lived. #OurGame #GlazersOut
02 May, 05:45 PM UTC

Mack The Knife
@IdMjones
Amazed that @SkySports think the fans have gone too far today. Have they genuinely forgotten what a group of club owners were trying to achieve with a European Super League the other week? #GlazersOut #MUFC #ProtectTheLegacy
02 May, 05:00 PM UTC

@MiguelDelaney
You can find fault with the nature of the protest. You can’t fault its legitimacy, or effect. Fans were powerless for too long in the face of a sporting tragedy like the Glazer takeover. The Super League was them pushing their ownership too far https://t.co/IIphsuZlIM
02 May, 06:24 PM UTC

United Journal
@theutdjournal
🗣️ — Roy Keane: "#mufc fans have had enough. They’re doing this because they love the club. It’s not just the last few weeks & Super League, it's been building for years. They’ve thought enough is enough. It’s a huge statement for the game to be called off." #mujournal [Sky]
02 May, 05:23 PM UTC

🔴 Swifty 🔴
@andrew_m_swift
Man Utd fans entered a football stadium and potentially prove how easy it is to drop a terrorist attack on a football stadium Yet Neville and carra talk about the super league It’s disgusting what those supporters have done
02 May, 03:25 PM UTC

Jack Silver 🍀
@JackSilver
Imagine if people cared about racism or sexual assault as much as they care about their football club not joining the European Super League.
02 May, 05:10 PM UTC 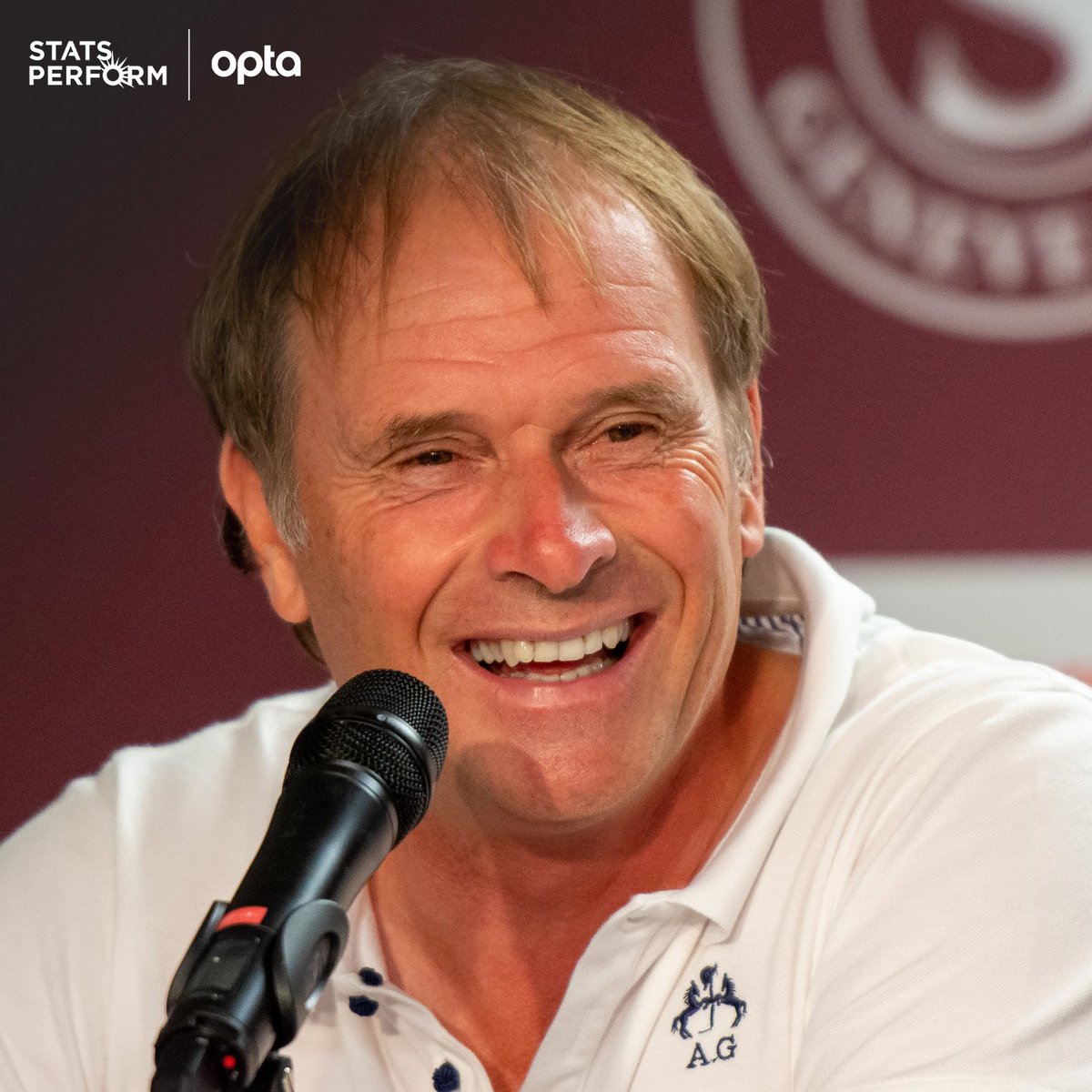 KP
@kevpender
On a weekend where many inside the sporting world come off social media due to abuse from those outside the sphere - one of our 'own' media outlets uses the term 'virtue signalling' pejoratively expressing an archaic view that the Women's Super League is a 'pretence'. https://t.co/BO9l6aIdBe https://t.co/LlFQ24BQ8C
02 May, 05:37 PM UTC

PB
@OliPriceBates
Why did United fans protest on today rather than Thursday if this is all about the Super League?
02 May, 05:07 PM UTC

Saydz #GlazersOut 🔰
@SaydSims
@TeleFootball we tried peaceful, it does nothing. Fan forum over zoom, Glazers dont even attend. This had to happen and after the super league which you stated was 'a war' this is fully justified and its only about 0.1% of the fans there who were vandals
02 May, 06:39 PM UTC