@BillKristol
We’ve seen Susan Rice’s memo. We’ve seen the list of requested unmaskings by Obama officials. Now could we see the transcripts of all the Kislyak-Flynn calls?
20 May, 12:04 AM UTC

@MarshaBlackburn
Susan Rice knew exactly what she was doing. That’s why she wrote herself emails in a desperate attempt to cover her tracks.
19 May, 09:40 PM UTC

@seanmdav
Newly declassified portions of a bizzare Inaugration Day e-mail Susan Rice wrote to herself confirm that the 2017 campaign to target Michael Flynn was coordinated by Obama and orchestrated within the Oval Office itself. https://t.co/khg3aPkIz5
19 May, 07:36 PM UTC

@charliekirk11
RT if Susan Rice should be subpoenaed and forced to testify about her involvement in Obamagate!
20 May, 02:02 AM UTC

@AriFleischer
James Comey already admitted the manner in which he set up the FBI meeting with General Flynn was deliberately not done by the book. So why would anyone believe Susan Rice’s odd, CYA, last-day memo to herself?
19 May, 11:19 PM UTC

thebradfordfile™
@thebradfordfile
President @realDonaldTrump needs to retweet this video of Susan Rice lying through her teeth about unmasking. 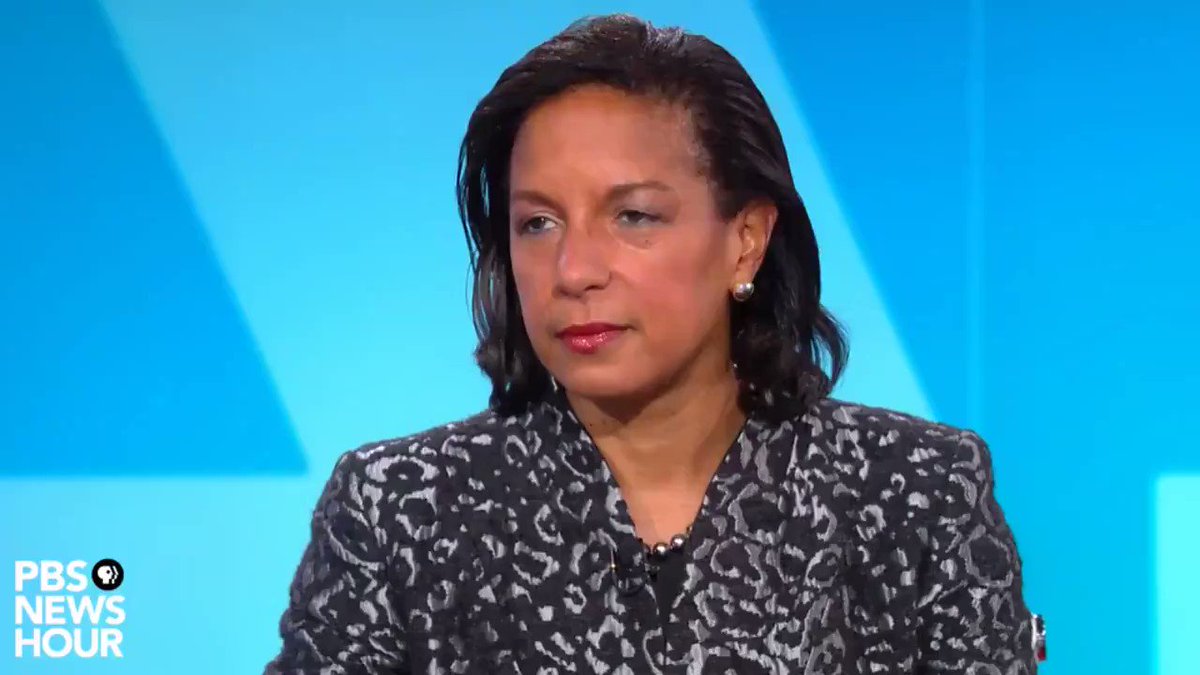 @GOPLeader
Democrats will try to spin the contents of Susan Rice's email. But there is one fact that cannot be denied: multiple officials were meeting with then-President Obama about spying on the incoming administration. The only case close to this in our history is Watergate.
20 May, 12:56 AM UTC

@EvanMcMullin
In this now declassified email that Susan Rice sent herself, we see that President Obama refused to request law enforcement investigations of Team Trump’s known Russia ties and insisted that any actions be “by the book.” Apparently, “Obamagate” means doing the right thing. https://t.co/AFWhGNicCM
19 May, 08:43 PM UTC

@PalmerReport
So the Trump regime just declassified a Susan Rice email that exonerates the entire Obama administration and blows up Trump’s own conspiracy theory. These Trump people are really bad at this stuff.
19 May, 11:43 PM UTC

@kylegriffin1
Susan Rice is calling for the Trump admin to release transcripts of calls between Michael Flynn and the Russian ambassador during the transition. "The American people deserve the full transcripts so they can judge for themselves Michael Flynn's conduct." https://t.co/TgI72yZdlT
20 May, 03:05 AM UTC

Amee Vanderpool
@girlsreallyrule
Susan Rice's email regarding the pre-Trump Oval Office meeting about Flynn has been released: Obama didn't want to interfere in any way with intelligence or law enforcement and both Obama and Comey stressed doing everything "by the book." How refreshing. https://t.co/XuVwBLSBfs
19 May, 07:22 PM UTC

@NatashaBertrand
Statement from Rice spokesperson Erin Pelton on the declassified Susan Rice email: “Ambassador Rice briefed Michael Flynn for over 12 hours, on four separate occasions and led the National Security Council in preparing and delivering to him over 100 separate briefing memos.” https://t.co/0G6dctvVum
19 May, 10:40 PM UTC

@charliekirk11
Daily reminder that Joe Biden said Susan Rice could become Secretary of State under in a Biden Administration If that doesn't convince you to vote for @realDonaldTrump I don't know what will.
20 May, 03:18 AM UTC

@RealJamesWoods
Brit Hume says declassified Susan Rice email 'suspicious on many counts': 'This is a big story' // But it doesn’t matter, because Republicans are marshmallows. They simply refuse to fight back. They are always on defense. https://t.co/1iXj8Mdi90
20 May, 04:59 AM UTC

Ricky Davila
@TheRickyDavila
The MAGA regime just declassified a full email from Susan Rice in which helps to prove that President Obama didn’t want to interfere with law enforcement or intelligence officials and wanted to do things by the book. They just exonerated the entire Obama admin. 😂👏
20 May, 12:01 AM UTC

Steve Rustad
@SteveRustad1
4 Americans died in Benghazi. The GOP was outraged at Obama. Had TEN investigations. 90,000 Americans have died of COVID-19. Where's your outrage at Trump, GOP? WHERE IS IT? Damn hypocrites. #CostCo #FatShaming #GirtherMovement #TrumpDeathToll92K Susan Rice Matt Lauer 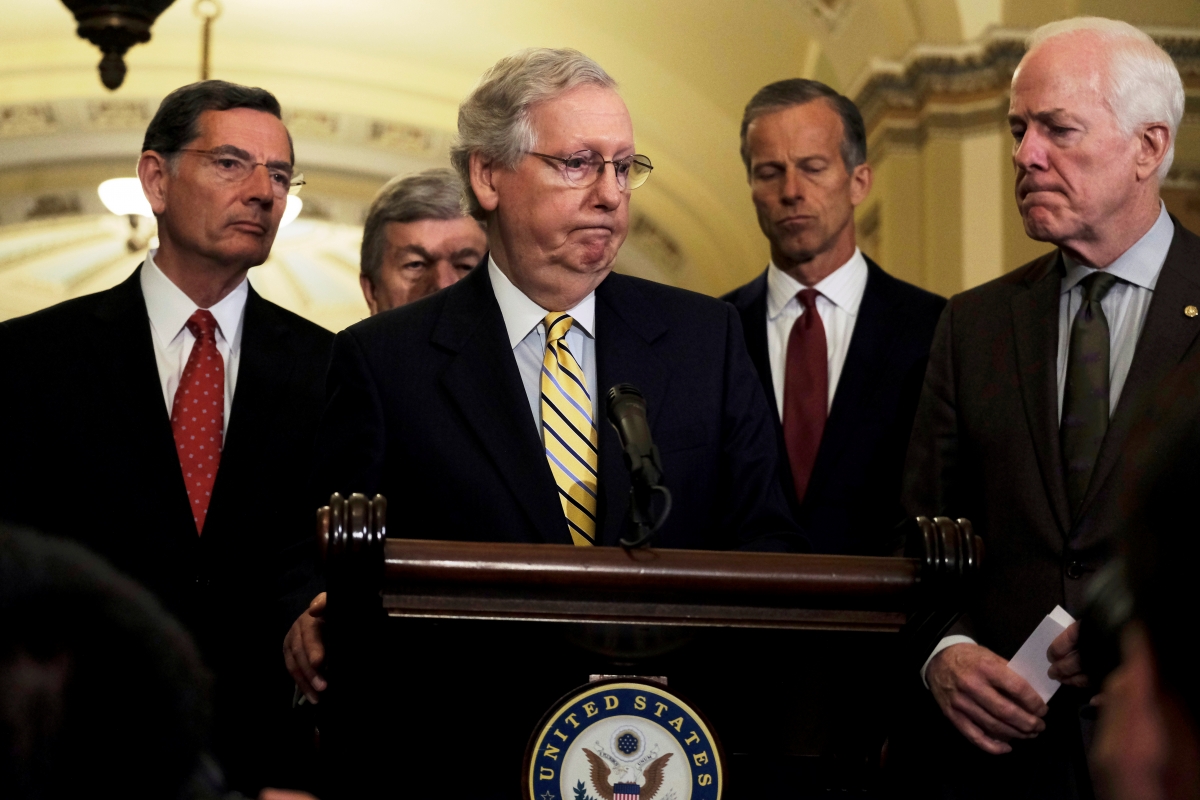 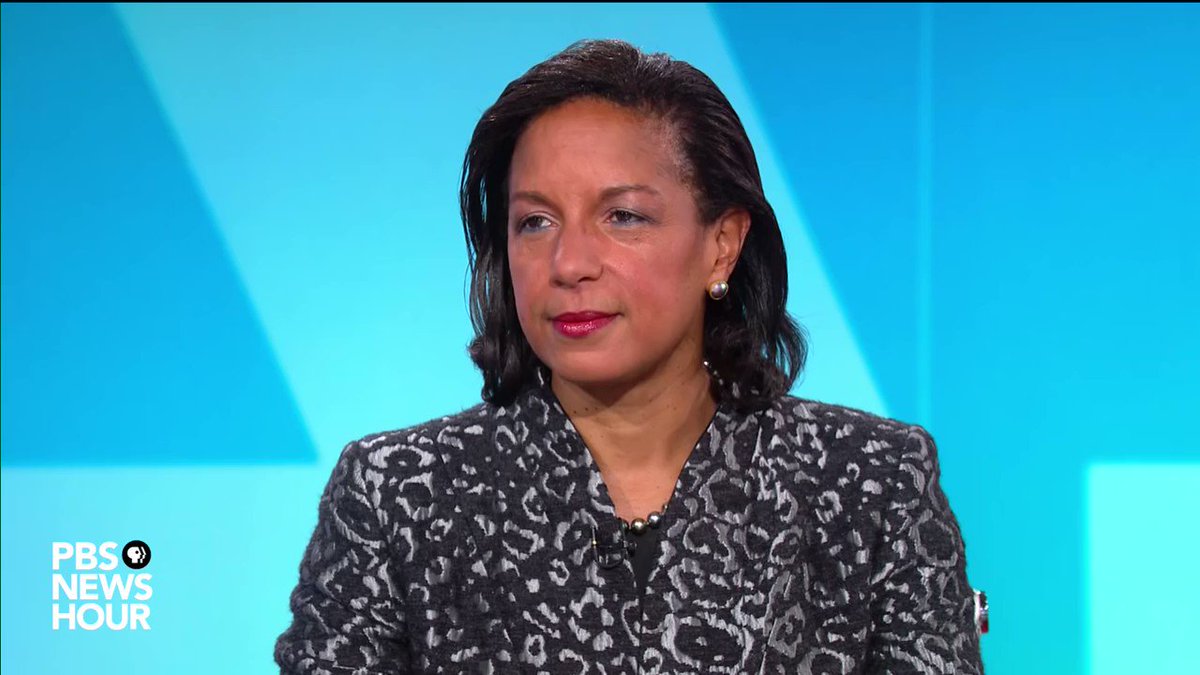 @bennyjohnson
Tucker on a newly declassified email that Susan Rice sent to herself: "How often do you remind yourself to follow the law in memos to yourself?" 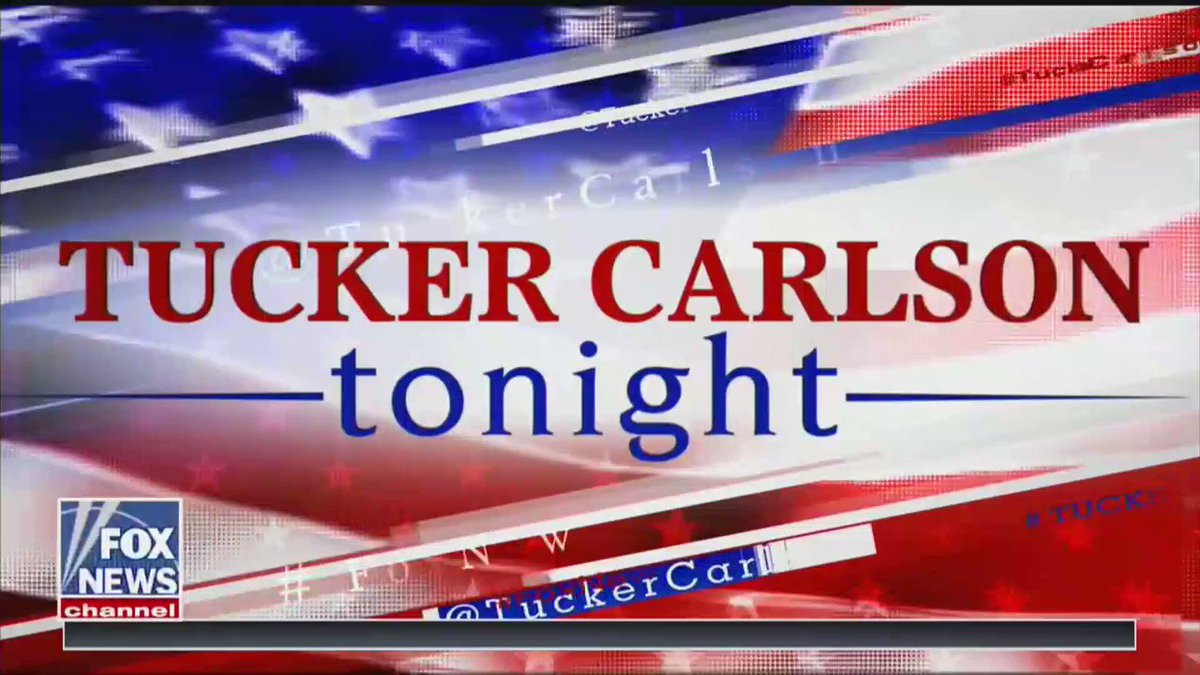 @MZHemingway
From 2017 @davidharsanyi on unmasking: "there has been a constant conflating of illegality and abuse by those covering this story. Unmasking is a legitimate power. Few argue it should be illegal. The question is, was it abused for political purposes." https://t.co/tfdUwa4lME
20 May, 05:51 AM UTC

Rising serpent
@rising_serpent
March 22, 2017 PBS: "In the last days of the Obama administration, president Trump and the people around him may have been caught up in surveillance, and their identities disclosed. Do you know anything about this? Susan Rice:"I know nothing about this" https://t.co/wnwSD8FmMX
20 May, 04:46 AM UTC