"The Chancellor" is trending

Popular tweets on "The Chancellor".

@GavinBarwell
When you listen to the Chancellor today, try to imagine how the Conservative Party would react if - with debt and interest payments at their current level - a Labour government announced a package of tax cuts targeted at *its* core vote paid for by a big increase in borrowing...
23 Sep, 06:24 AM UTC

@trussliz
The Chancellor @KwasiKwarteng and I know what a great country this is. Our Growth Plan will unleash our potential and deliver better jobs, more funding for public services and higher wages for the British people. The action starts now. 🇬🇧 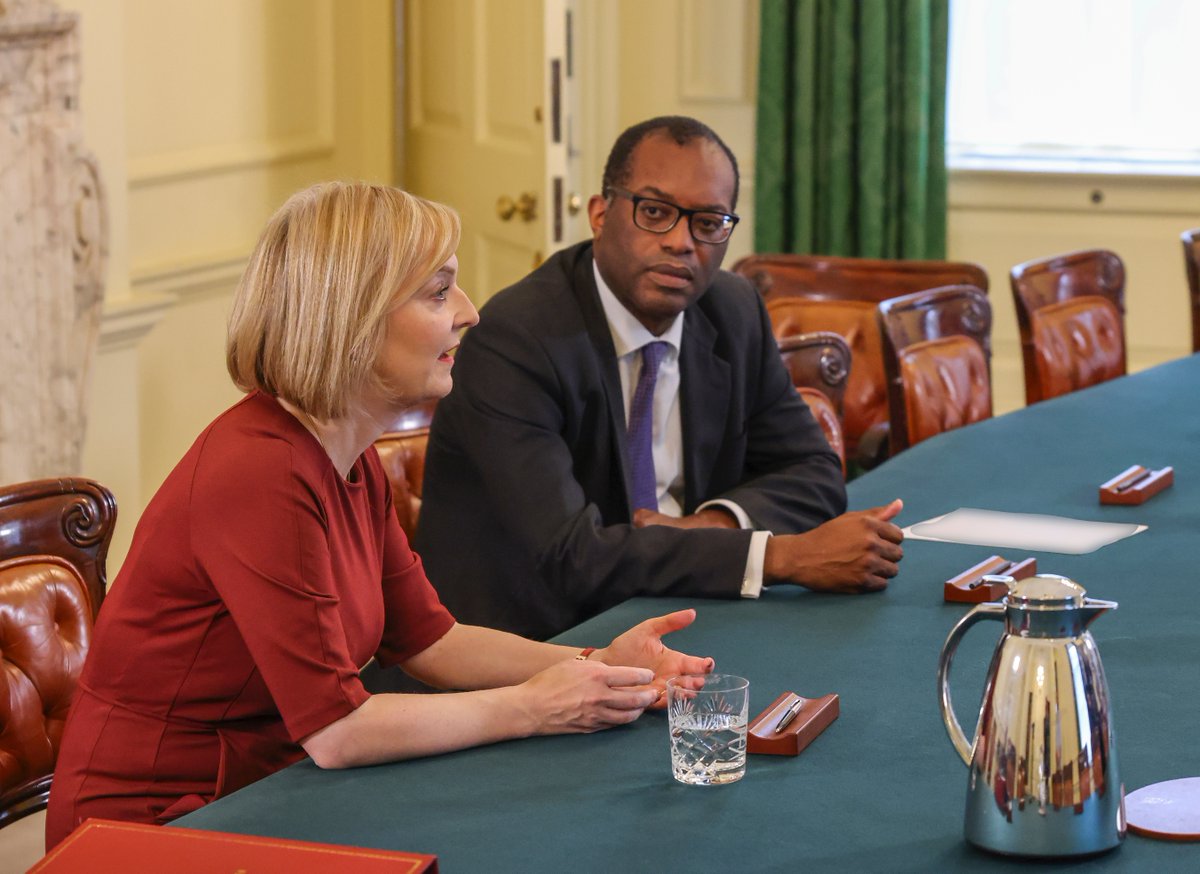 @RhonddaBryant
Message from the whips: The Chancellor will be delivering a financial statement after prayers today. That seems about right.
23 Sep, 08:10 AM UTC

@MartinSLewis
Good morning I'm getting ready to listen and translate the Chancellor's fiscal statement (budget-not-budget). Though not sure what there is left to say (especially in my area) that hasn't been pre-announced or leaked... Lets see.
23 Sep, 08:22 AM UTC

@Peston
The chancellor has just announced that the 1.25% increase in national insurance for businesses and employees, introduced just a few months ago by Sunak and Johnson, is being cancelled today, and will take effect 6 November. The maxi-mini budget has already started!
22 Sep, 01:44 PM UTC

@BestForBritain
See @TorstenBell explain what is so "unusual" about Kwarteng's spend-now-pay-whenever fiscal policy: "The Chancellor is choosing to say 'I'm far less fussed about debt falling or about insuring I have the cash for public services to hand', and that's a big political choice." ~AA 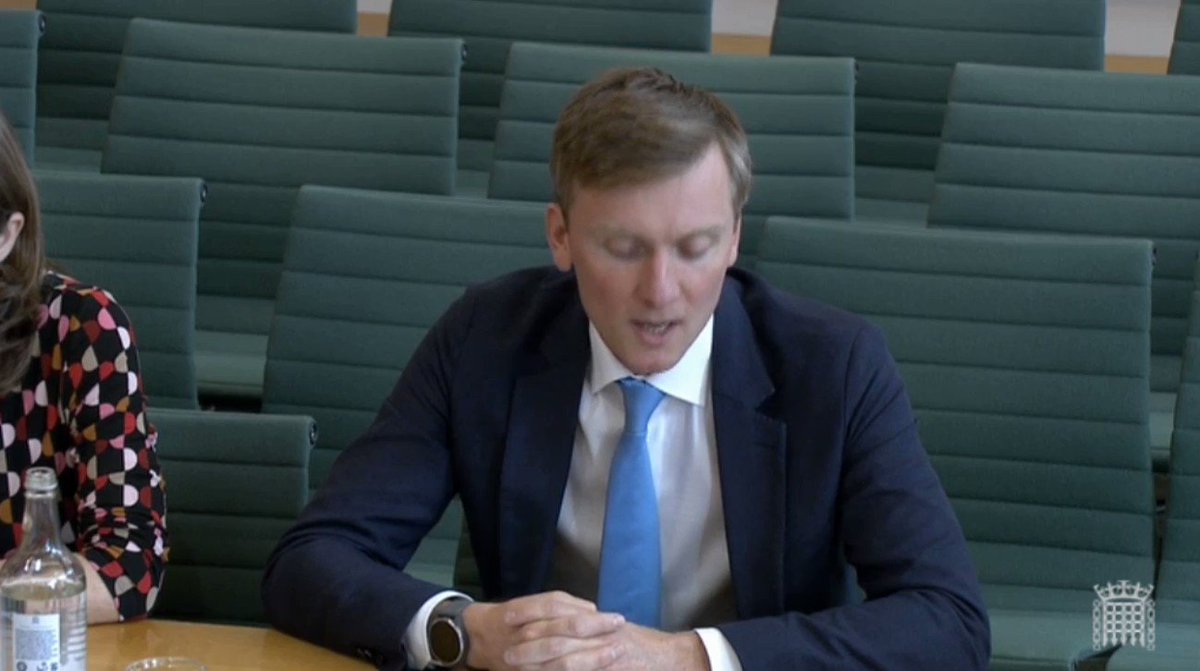 @Kevin_Maguire
"We're at the beginning of a new era" says @KwasiKwarteng. The Chancellor will be furious when he discovers the Conservatives have been in power for a dozen years since 2010.
23 Sep, 08:45 AM UTC

@MartinSLewis
Second time the Chancellor has said "we are at the beginning of a new era". Clearly trying to leave the legacy of the last administration behind #MiniBudget
23 Sep, 08:42 AM UTC

@MartinSLewis
As always I will focus on the Chancellor's announcements within my area of Consumer Finance. I'll leave the rest to others #MiniBudget
23 Sep, 08:44 AM UTC

Paul Kissack
@PaulKissack
Right now low income families on means-tested benefits are facing a gap of at least £450 between cost increases and income. Addressing that is the most urgent priority for the Chancellor today.
23 Sep, 05:55 AM UTC

@WritesBright
The Chancellor has officially announced the end of the cap on bankers’ bonuses. Between December 2019 and September 2021 alone, the Conservative Party received £11 million from hedge funds and bankers.
23 Sep, 08:57 AM UTC

Anton Muscatelli
@UofGVC
As the Chancellor unveils his mini-Budget, ask yourself the following questions: 1. How sustainable is the UK’s fiscal position ie how will the fiscal package impact on the country’s debt position relative to GDP in 5 years time (1/N) https://t.co/mE3fMYcFUm
23 Sep, 07:02 AM UTC

@Peston
The chancellor says government will dispose of government land to encourage housebuilding
23 Sep, 08:45 AM UTC

@GMB
'Is there going to be a tax announcement made today that benefits the lower earner more than the higher earner?' @kategarraway questions Levelling Up Minister Paul Scully ahead of the Chancellor's mini-budget this morning. 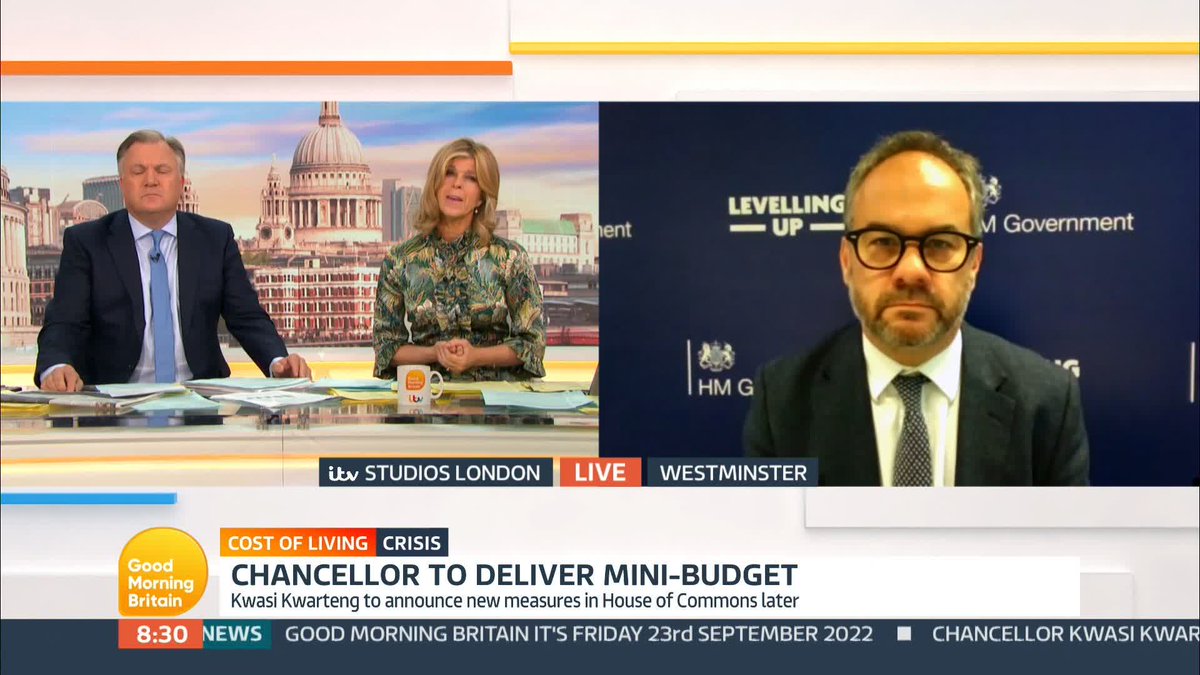 Giles Wilkes
@Gilesyb
"We are at the beginning of a new era" says the Chancellor and is drowned out by guffaws for a few seconds. Maybe these new eras keep coming along rather too often
23 Sep, 08:43 AM UTC

@MirrorBreaking_
The Chancellor was jeered in the chamber as he announced a 'new era' of government https://t.co/tvXHsyMP5i
23 Sep, 08:52 AM UTC

@ScotNational
BREAKING: The Chancellor will lift the cap on bankers’ bonuses, despite concerns that it will fill the pockets of 'friends and donors' rather than help those most at need during the cost-of-living crisis 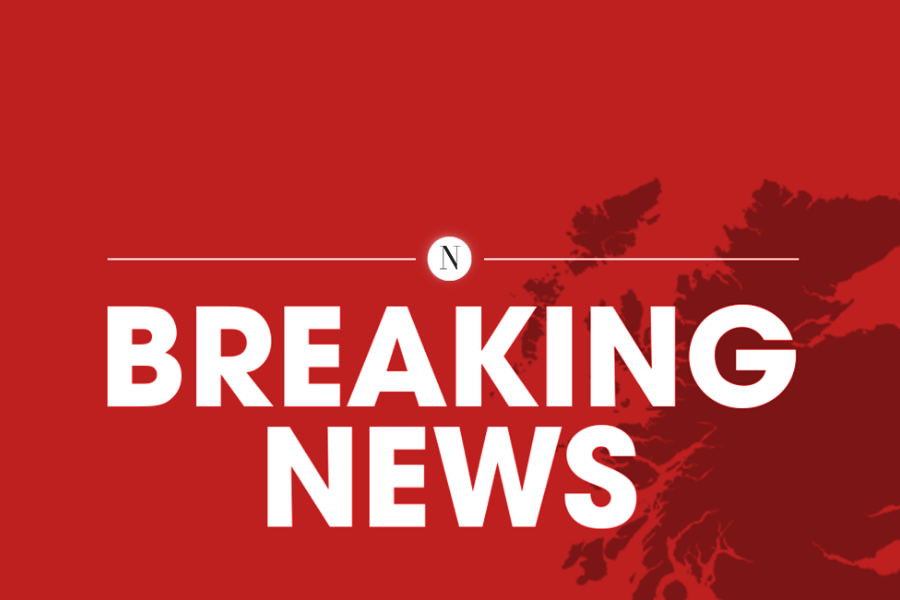 @PaulBrandITV
“That is how we turn this vicious cycle of stagnation into a virtuous cycle of growth” says the Chancellor. Whether you agree or disagree with govt approach this is a very bold statement, cutting ties with every Conservative govt since 2010. #minibudget
23 Sep, 08:42 AM UTC

Russell Hargrave
@Hargraver
Ways in which the chancellor resembles the charity sector - random use of the word "innovation", unattached to anything in that is actually going on
23 Sep, 08:48 AM UTC

@TelePolitics
🔴Kwasi Kwarteng has confirmed the Government will reduce people's benefits if they "don’t fulfil their job search commitments". The Chancellor also set out a plan to tackle strike action https://t.co/rTTtS4HKY8
23 Sep, 08:51 AM UTC

Susan Perry
@legallylondon
Could someone please explain to the Chancellor that it is the Conservatives who have been in power for the last 12 years? "Vicious cycle of stagnation" - sounds about right #minibudget
23 Sep, 08:41 AM UTC

@ITVNewsPolitics
The chancellor has begun setting out his 'mini-budget', describing it as 'one of the most significant interventions the British state has ever made' He is to introduce significant measures to grow the economy and fulfill tax cut promises Watch live: https://t.co/I3m9jqBHOU
23 Sep, 08:44 AM UTC

Sharron honey
@Sharronhoney2
So the chancellor is scrapping the highest rate of tax? Errr how does that help me you stupid twunt ??? Ffs 😡 #tax #budget #KwasiKwarteng
23 Sep, 08:59 AM UTC

Jazzy Jack🎹
@Jazzy00700
Is the Speaker . @LindsayHoyle_MP actually in the HoC today? If so, why is he allowing such disgraceful behaviour from the Labour benches (need we ask)? Can’t hear a word the Chancellor is saying over the rabble #MiniBudget
23 Sep, 08:58 AM UTC

Will Parbury
@ParburyWill
While the Chancellor is chuntering from a standing position lets recall the Tory economic record: - Worst record on real wage growth since Napoleon - Inflation out of control - Record national debt - Highest taxes in 70 years
23 Sep, 08:55 AM UTC

David M
@belfastDGM
The Chancellor is certainly a confident speaker. And conservative. So far so good.
23 Sep, 09:00 AM UTC