The IMF is trending

The IMF is trending on Twitter. Popular tweets on The IMF.

@PrestonPysh
The fact that the IMF is making threatening statements to a country with a GDP of only 24 billion annually tells you more about their fear of #Bitcoin than anything else. Good luck stopping it. The mind virus keeps spreading.
10 Jun, 03:55 PM UTC

Jack Mallers
@jackmallers
A sovereign state is plugging into the best open monetary network in pursuit of freedom and financial inclusion. The real concern is the IMF’s inability to support El Salvador’s pursuit. If you’re restricting basic human freedom, you’re the criminal, not those fighting for it. https://t.co/51w13ynCzQ
10 Jun, 05:00 PM UTC

Max Keiser’s “F*CK ELON” show - Austin, July
@maxkeiser
.@novogratz - What about you guys floating $1 billion in “Volcano Bonds” (backed by future #BTC mining output) for El Salvador to pay off the IMF (@IMFNews) loan - so they can tell the IMF to beat it. @_amanda_fab @nayibbukele @jackmallers 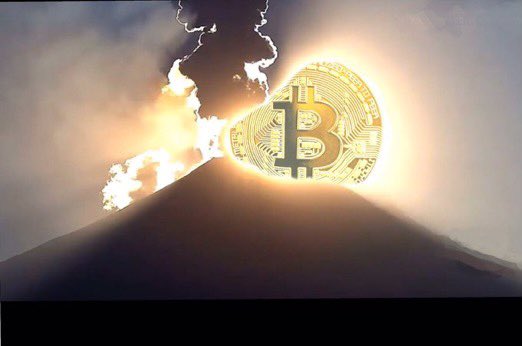 @PrestonPysh
The IMF is scared. And they should be. #Bitcoin makes them and their SDRs obsolete.
10 Jun, 03:35 PM UTC

Breaking Market News
@FinancialJuice
THE ACCEPTANCE OF BITCOIN AS LEGAL TENDER BY EL SALVADOR POSES A RANGE OF MACROECONOMIC, GEOPOLITICAL, AND LEGAL PROBLEMS, ACCORDING TO THE IMF.
10 Jun, 02:32 PM UTC

@PrestonPysh
Similar to how global central banks have incentivized citizens of the world to get in debt up to their eyeballs, the IMF does the same but for nation states. #Bitcoin flips this incentive on its head. Watch El Savador's actions here...it's going to be extremely demonstrative.
10 Jun, 03:41 PM UTC

Saifedean.com
@saifedean
Bitcoin has a lot of amazing features, but one of my favorites is that it completely obsoletes the IMF. There was no IMF under the gold standard & there won't be one under a bitcoin standard because their model depends entirely on fiat financing https://t.co/Afsdwdw1wJ
10 Jun, 03:22 PM UTC

₿ENTHE🟩MAN 🥕
@benthecarman
If the IMF is threatened by you, you're probably doing something right
10 Jun, 03:33 PM UTC

@glcarlstrom
"To get 70% of the planet's population inoculated by April, the IMF calculates, would cost just $50bn. The cumulative economic benefit by 2025, in terms of increased global output, would be $9trn, to say nothing of the many lives that would be saved." https://t.co/jiv48fkB8s
10 Jun, 03:02 AM UTC

Lina Seiche
@LinaSeiche
The risk the IMF sees is that of a nation demonstrating that economic empowerment doesn’t come from total monetary control and surveillance, but from freedom money. The real-life example of a better alternative is the biggest threat to the fiat system. https://t.co/Hx760pg04h
10 Jun, 03:44 PM UTC

Ben Kaufman 🇸🇻🇹🇴🌋
@_benkaufman
The IMF sees risks to their financial control over the developing world. #Bitcoin gives developing countries a chance to build their economies on a sound basis and get rid of their dependency on debt which bigger countries use to control them. #Bitcoin is hope. https://t.co/hSJwjzicQB
10 Jun, 05:34 PM UTC

🟠Dylan LeClair🟠
@BTCization
The world will be a far better place after the IMF utterly collapses. #Bitcoin causes this.
10 Jun, 05:05 PM UTC

cryptograffiti
@cryptograffiti
The IMF & World Bank are directly responsible for many of the current hardships faced by LATAM countries. This animation explains why #Bitcoin https://t.co/s3G8rtcKGJ
10 Jun, 03:47 PM UTC

Guy Swann 🟩 🌋 🇸🇻
@TheGuySwann
“Capital controls and keeping other countries poor and dependent on our loan printing will be REALLY hard if they do this! Not cool El Salvador, not cool.” Sincerely, The IMF https://t.co/AQ6omQUrx6
10 Jun, 03:03 PM UTC

@crypto
The IMF says El Salvador’s adoption of Bitcoin as legal tender could raise a series of risks and regulatory challenges @crypto on The IMF">https://t.co/L0Lw2my6Pz via @crypto
10 Jun, 05:26 PM UTC

Shire.HODL ∞/21M
@ShireHODL
@FinancialJuice Fixed it: THE ACCEPTANCE OF BITCOIN AS LEGAL TENDER BY EL SALVADOR POSES **OUR CANTILLIONAIRE PAYMASTERS** A RANGE OF MACROECONOMIC, GEOPOLITICAL, AND LEGAL PROBLEMS, ACCORDING TO THE IMF.
10 Jun, 02:50 PM UTC

redacted
@redact__
@business If bitcoin is causing challenges for the IMF, it's doing its job The people of El Salvador have our support against the International Monetary Fascists
10 Jun, 03:00 PM UTC

Willem Middelkoop
@wmiddelkoop
BANKSTER ALERT When banksters are running out of physical gold (to suppress the gold price) they always want the IMF to sell gold 'to help Africa'. Well (many countries in) Africa are being helped when the gold price is a little higher, instead of lower .. https://t.co/E2LvDPKmSB
10 Jun, 05:32 PM UTC

Jesse Herman
@JesseJHerman
When Republicans and Democrats and the IMF all want something destroyed, that’s when you know they’re scared shitless.
10 Jun, 03:38 PM UTC

suhayl | سهيل
@suhayllo
As long as the IMF are involved, privatization will be tabled as the neo-liberal austerity measures. As we’re seeing the new food crop laws & the tripling of university fees, these are not just unprecedented measures. This is continued imperial violence.
10 Jun, 09:27 AM UTC