The NBA is trending

The NBA is trending on Twitter. Popular tweets on The NBA.

Hoop Central
@TheHoopCentral
The Phoenix Suns are 1 game back from the best record in the NBA. What a turnaround. ☀️☀️☀️
08 Apr, 04:47 AM UTC

@RomeluLukaku9
Watching the nba highlights and kyrie irving be dunking! Yes kyrie! Love to see it 💯💯
08 Apr, 10:11 AM UTC

@ChelseaFC
Lebron James or Michael Jordan?! 🤔🏀 Timo talks about his love for the NBA! 🗣️ Find out what other sports he favours...
08 Apr, 11:38 AM UTC

Hoop Central
@TheHoopCentral
Who is the best player in the NBA not named LeBron James?
08 Apr, 02:42 PM UTC

@KellanOlson
The Suns have built one of the NBA’s best offenses around two players who are more prolific and efficient than almost anybody in the most inefficient area: the midrange. Phoenix shoots a league-best 49% from the midrange thanks largely to Devin Booker (51%) and Chris Paul (53%). https://t.co/SB5Rh4oqWF
07 Apr, 11:22 PM UTC 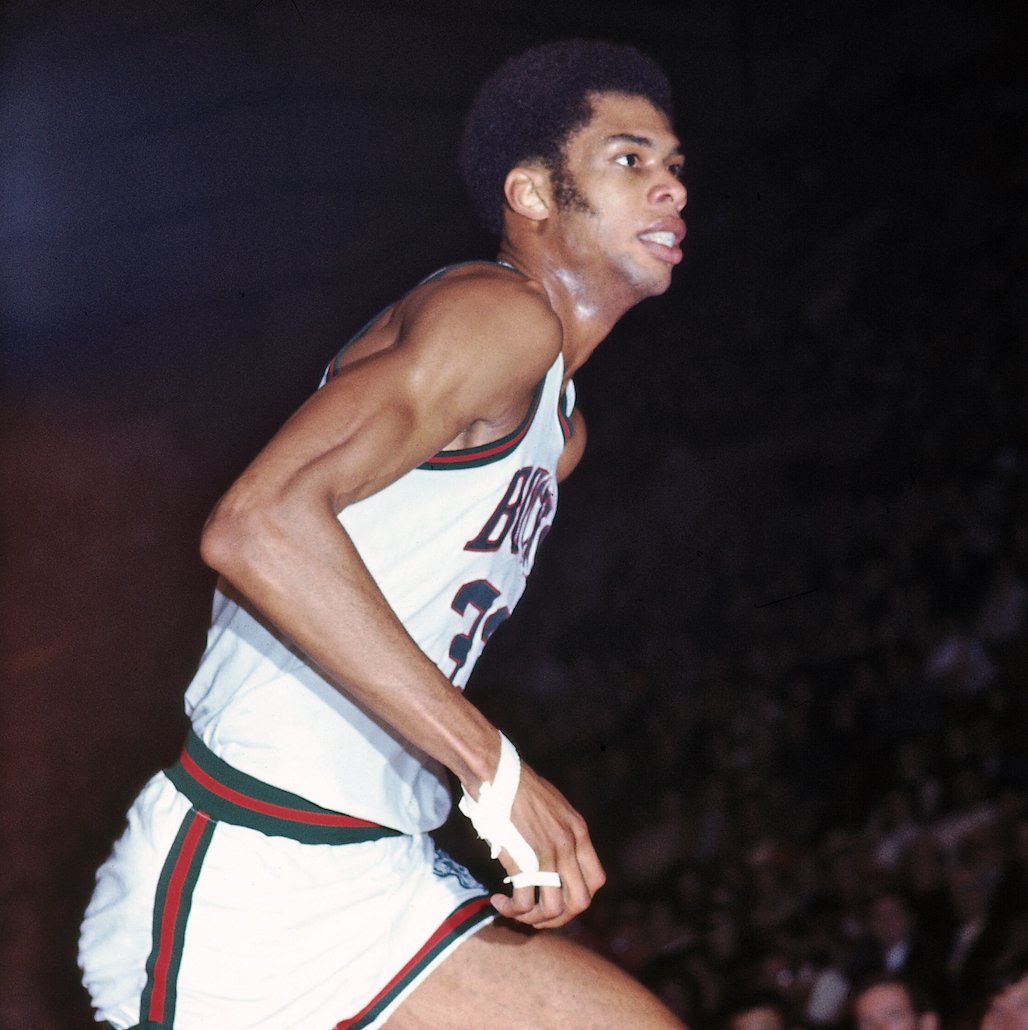 @LakersReporter
Talen Horton-Tucker has been suspended for tonight’s game at Miami for leaving the bench area during the on-court altercation between LAL and Toronto on Tuesday, per the NBA. THT has been really good in March, averaging 16.0 points in 24.3 mpg in 3 games.
08 Apr, 04:16 PM UTC

@wojespn
Welts worked in the NBA across parts of six decades, including an impactful marketing stay in the league office under David Stern and a run as President of the Phoenix Suns. https://t.co/FGf2QwrXgP
08 Apr, 03:58 PM UTC

@MarkJonesESPN
I’ll say it for the 794th time.. @Suns GM James Jones is the NBA Executive Of The Year.. Hired Monty Williams... Made the big deal for CP3.. Got vet toughness and a guy to help change the culture in Jae Crowder Made deals for roster depth... Has championship lineage as a player.
08 Apr, 04:58 AM UTC

Steve Burns
@SJosephBurns
Michael Jordan didn't win a championship during his first six years in the NBA, and new traders think they're going to get rich trading against professionals their first year in the markets. Winning big takes time.
08 Apr, 03:56 PM UTC

@warriors
After an illustrious career in the NBA and at the helm of our team, Rick Welts has decided to step down as President and Chief Operating Officer of the Golden State Warriors at the end of this season. Thank you for everything you have done for the sport and our franchise, Rick!
08 Apr, 04:40 PM UTC

@TheSteinLine
Warriors president and COO Rick Welts says he will step down at season's end after nearly 50 years in the NBA. Inducted into the @hoophall in 2018, Welts broke in as a Seattle ballboy in 1969 and held key roles with the Sonics, Suns and Warriors as well as the league office.
08 Apr, 04:38 PM UTC

@WarriorsPR
Golden State Warriors President and Chief Operating Officer Rick Welts will step away from his role with the organization at the conclusion of the 2020-21 season. Welts, a member of the Basketball Hall of Fame, has spent nearly five decades in the NBA. https://t.co/y2zvJ9t9wm
08 Apr, 04:41 PM UTC

@bzcohen
A pudgy kid who was discovered in the box scores of a Serbian newspaper and picked 41st in the draft might be the next MVP of the NBA. There has never been a great player like Nikola Jokic. https://t.co/pQEBmDHlkN
08 Apr, 01:37 PM UTC

@theScore
The NBA suspends Fred VanVleet, DeAndre' Bembry, and THT one game for the altercation during the Raptors-Lakers game. https://t.co/Fe2pTm1wa1 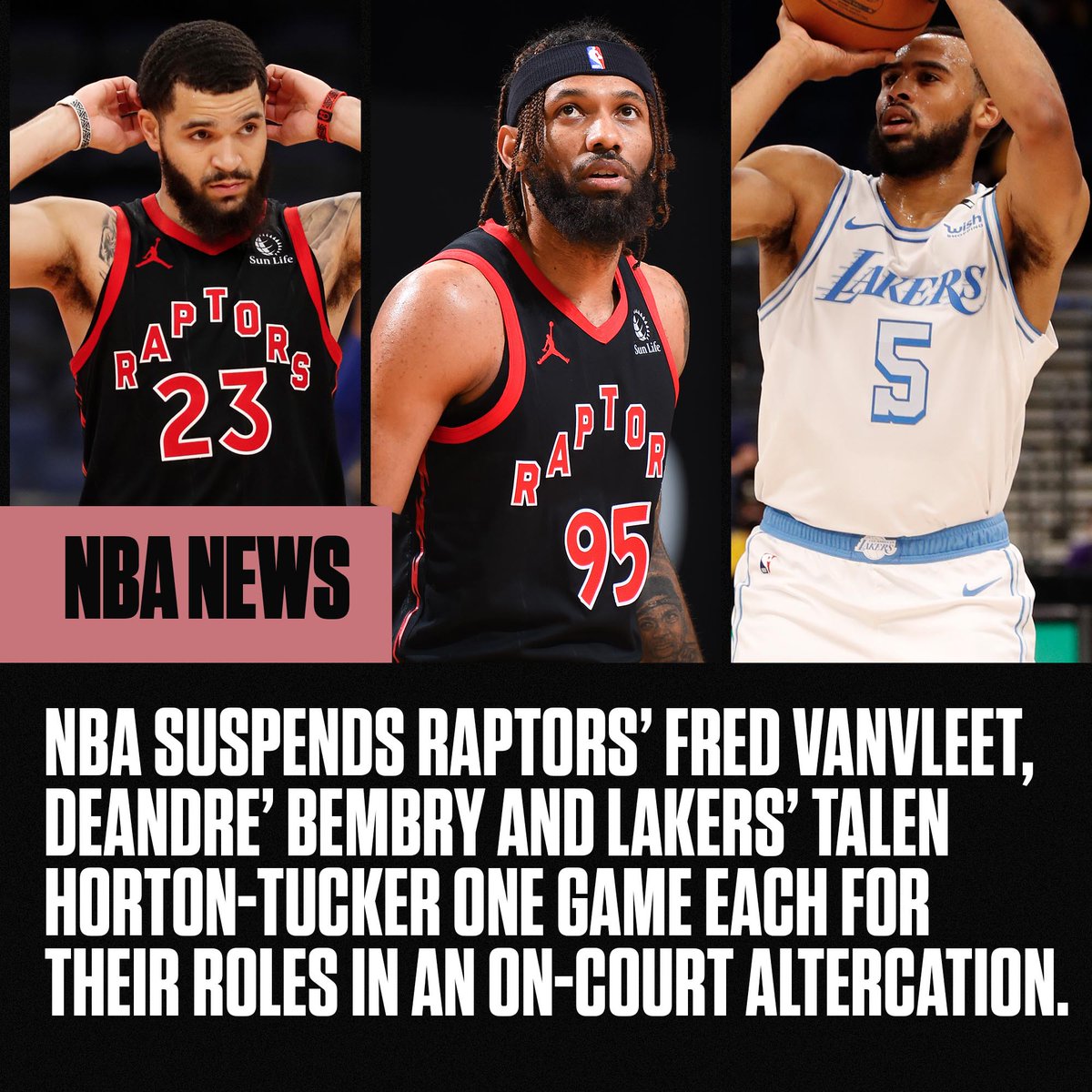 Max Feldman
@MaxFeldman6
Sending Ayo Dosunmu to the NBA will carry a ton of weight on the recruiting trail for Illinois Selling the opportunity to play alongside Andre Curbelo might be even more impactful Big Ten 6th MOY as a FR & B10's AST rate leader (34.4%) A bonafide star & winner, already.
08 Apr, 04:38 PM UTC

@TheSteinLine
At the NBA, Welts was instrumental in the creation of All-Star Weekend in 1984, marketing The Dream Team in 1992 and the 1997 launch of the WNBA. Via this 2011 @nytimes story, Welts became North America's first openly gay executive in major team sports: https://t.co/3KUpMfjqID
08 Apr, 04:43 PM UTC

Og-wan kenobi
@Gyro_22
Can someone tally up how much the nba has made off of the raptors this year in fines? Is this their way to make up for revenue loss? https://t.co/xWugREhHv7
08 Apr, 04:44 PM UTC

Mark
@mypostdemise
WNBA has better jerseys than the NBA. Not even close
08 Apr, 04:31 PM UTC

Unbiased Sports Fan
@UnbiasedSports0
@XHoopReport @NBA2021_ Facts. Even the ESPN commentators kept mentioning how bizarre it is that the two best teams in the NBA don’t have a MVP candidate. Considering all of the super-teams out there with worse records, I’d say that’s pretty crazy they don’t even get mentioned.
08 Apr, 04:42 PM UTC

International Bibs
@BibsCorner
@mavsEvan2 The nba was not a game back in the day lol
08 Apr, 04:42 PM UTC