"The Taliban" is trending

Popular tweets on "The Taliban".

Ari Hoffman
@thehoffather
The new "gun safety" legislation allocates $300,000,000 for "school security." There are approximately 130,930 schools in the US That comes out to $2,291 per school which is not enough to secure anything Politicians spent more securing the Taliban & Ukraine than our children
22 Jun, 07:36 PM UTC

@BBCYaldaHakim
Day 278 since the Taliban banned teenage girls from school. Millions of girls have been deprived of this basic right. The Taliban have not indicated that they’ll be reversing this policy making Afghanistan the only country in the world where girls can’t learn #LetAfghanGirlsLearn
22 Jun, 11:24 AM UTC

Jeffrey Ⓥ
@LiftForever67
"Blame the Libs for making us look like terrorists. They keep comparing us to the Taliban. WTF?!" -- Republican Voter #ThanksALotAntifa https://t.co/cIngTjf8hl
23 Jun, 01:19 AM UTC

Farsa | فارسا ☪️🇦🇫🇵🇸
@farsa_jaan
have i not lost enough people in my life already. why does it have to happen again losing them to the taliban is one thing. terrorist attacks even more so. but to lose 12 at once to something as unavoidable as an earthquake? i cant keep experiencing this, i feel so helpless
22 Jun, 10:46 PM UTC

@prashantrao
Hong Kong in 2021 had the third-worst decline in freedom *globally*, after Myanmar — which experienced a coup — and Afghanistan, where the Taliban took over. Worth subscribing to @freedomhouse's China Media Bulletin, most recently authored by @__datt https://t.co/qr0bt2cE5V
22 Jun, 10:33 AM UTC

Mohammad Natiq
@natiqmalikzada
Apparently, the #Taliban's priority is to suppress Mawlawi Mehdi Balkhabi, than addressing the urgent needs of people suffered from #earthquake in Paktika & Khost. This is the 4th convoy of the TBN going to #Balkhab today to start war. – @TajudenSoroush https://t.co/HL8QixdrJk
22 Jun, 06:21 PM UTC

@AJEnglish
The death toll from a powerful earthquake in Afghanistan has climbed to 1,000 people, with more than 1,500 others wounded, according to the Taliban’s Culture and Information Department ⤵️ https://t.co/rf8gDPTSXJ
23 Jun, 07:17 AM UTC

@AP
Survivors are digging by hand through villages in eastern Afghanistan reduced to rubble by a powerful earthquake that killed at least 1,000. The Taliban and the international community that fled their takeover are struggling to aid the disaster’s victims. https://t.co/EnGs691jLF
23 Jun, 05:39 AM UTC

Mohammad Natiq
@natiqmalikzada
Hundreds of #Taliban forces have been deployed from Faryab to #Balkhab today to suppress Mawlawi Mehdi Balkhabi, the Taliban's only Hazara commander, who has splitted from the group. https://t.co/GKDHU3L7Mm
22 Jun, 11:16 AM UTC

Mohammad Natiq
@natiqmalikzada
According to various sources, the latest talks in Balkhab between the #Taliban and Mawlawi Mehdi Balkhabi, the Taliban's only Hazara commander who has now separated ties with the group, did not reach to any agreement. 1️⃣ https://t.co/vNInW0XHxj
22 Jun, 07:39 PM UTC

Alexandra Marshall
@ellymelly
The #Taliban can plead all they like, but the West shouldn't give that terrorist regime a single cent.
23 Jun, 08:11 AM UTC

@SenatorSalma
The Taliban regime must be held accountable for its serious violations of international humanitarian laws. Excepting Taliban members from the travel ban only serves to legitimize their regime while Afghans continue to suffer and women are stripped of their rights. https://t.co/gaZRDCbgIg
22 Jun, 06:12 PM UTC

‎ فروهر نیلوفر
@lolazorume
The kidnapping and killing of #Tajiks is so normalized, along with the forced displacement of their lands by the Taliban 1/2 https://t.co/avmqnotR4E
22 Jun, 09:11 PM UTC

@arabnews
#WATCH: The #Taliban has called for aid after a powerful earthquake in #Afghanistan killed hundreds of people https://t.co/YTzjj8FFY7 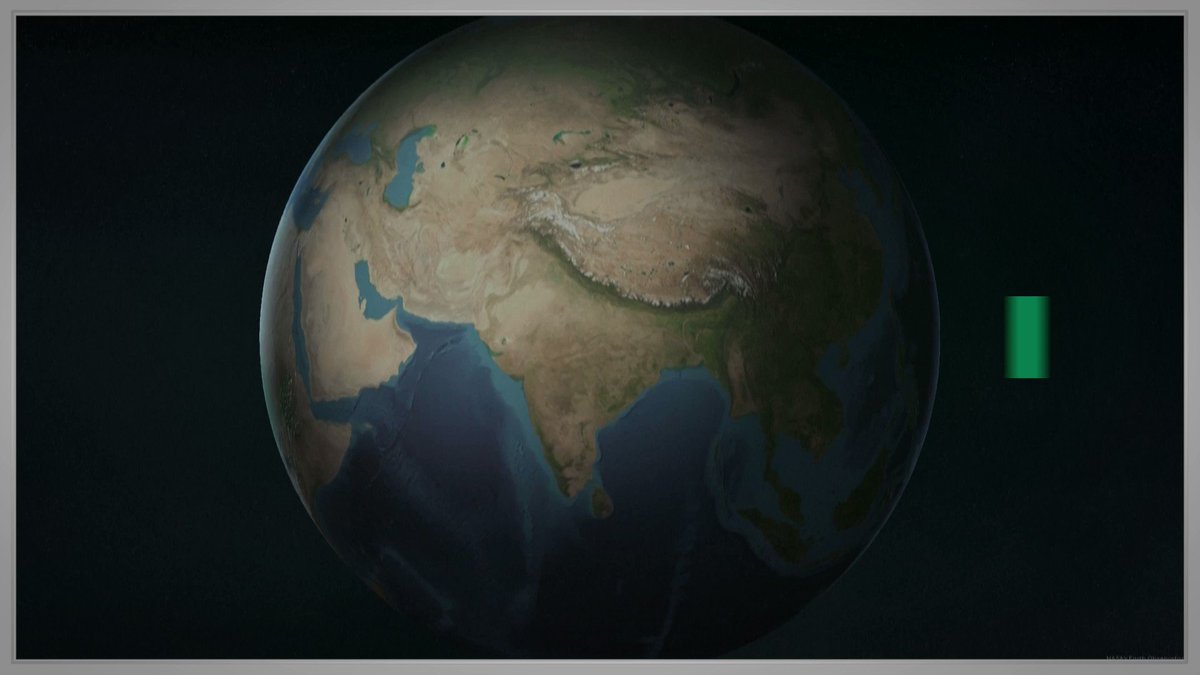 Mohammad Natiq
@natiqmalikzada
The Taliban today surrounded the entire Balkhab district by sending hundreds of their forces from different areas to Balkhab. Mawlawi Mehdi's forces have also announced their readiness to defend themselves against the #Taliban invasion inside Balkhab. 2️⃣ https://t.co/6tN4wHaU8n
22 Jun, 07:39 PM UTC

@Rashidajourno
For the Afghan ambassador to speak out against the Taliban government publicly, still in office, is pretty big - don't miss the interview tonight at 630pm https://t.co/iv8lJJTZlE
23 Jun, 08:00 AM UTC

Mark.
@deirbhilesdaddy
If the World rushes to help the Taliban after the horrendous earthquake in Afghanistan,there is NO REASON why they cannot step in and END the Israeli blockade in Gaza ,NO REASON AT ALL.
23 Jun, 06:25 AM UTC

Mohammad Natiq
@natiqmalikzada
The #Taliban have detained at least 1,247 Afghans including 188 women for political reasons since they took power last August, according to data compiled by Rukhshana Media. #Afghanistan https://t.co/QwOKIHZ0qZ
23 Jun, 07:05 AM UTC

@thenitinsawhney
The Taliban govt. are asking for international help in the wake of the earthquake but, because they don’t believe in gender equality or education for women, may not distribute support fairly. @UNICEF will help and support ALL malnourished Afghan children. https://t.co/jphPfN4ptI
23 Jun, 08:18 AM UTC

Rukhshana Media
@RukhshanaMedia
The Taliban have detained at least 1,247 Afghans including 188 women for political reasons since they took power last August, according to data compiled by Rukhshana Media. https://t.co/VOmxCljQXa
23 Jun, 06:36 AM UTC

@TehranTimes79
The Taliban called on United Nations agencies and aid charities working in the country for help, as more than 1,000 people have been killed in a powerful earthquake in south-eastern Afghanistan. 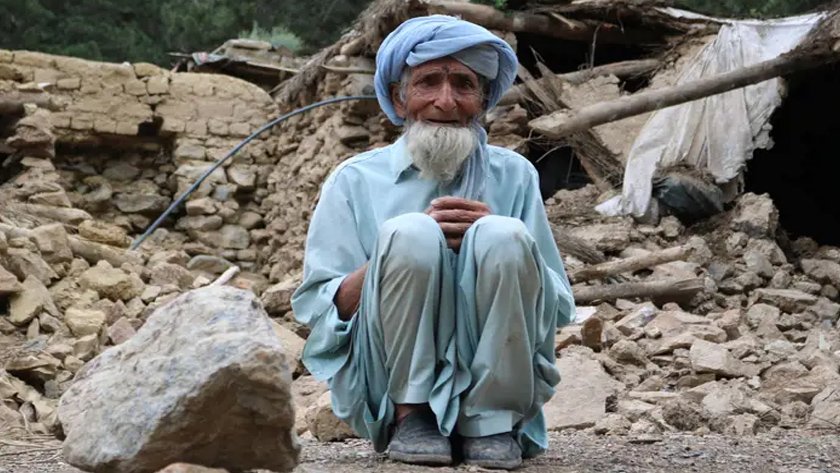 Noori GIZ-PCP
@SardarShahNoor1
@Bundeskanzler Is the definition of humanitarianism that you leave your local staff in a bad situation to the Taliban and other terrorists alone? We are very sorry and ashamed that we were GIZ local staff for 16 years. GIZ_PCP Ortskräfte" @ABaerbock @NancyFaeser @BMZ_Bund @Marcus_Grotian https://t.co/jAdEWnJwPm
22 Jun, 07:12 PM UTC

@pagossman
After so many billions spent (badly) over previous 20 years: "if hungry children haven't pushed the international community and the Taliban to find a way to work together, it's unlikely that an earthquake in a remote corner of Afghanistan will." @a_a_jackson https://t.co/YWqO1aN0lr
23 Jun, 07:27 AM UTC

@MattDoran91
Afghanistan's Ambassador to Australia's first TV interview since the fall of Kabul, speaking to @andrewprobyn after the devastating earthquake hit his homeland. He's not linked to the Taliban, and insists aid won't be funneled into the regime's coffers https://t.co/xQFhtjDnyw
23 Jun, 07:45 AM UTC

Murtaza Dawar.🍁
@MohamadMurtaza_
if you don’t like the Taliban go and fight them but the reality is that they are in power and there is no one to stop them or challenge since they represent most of the Afghans. If you have a problem with the Taliban and their laws, go and change them in a civil manner or
23 Jun, 07:06 AM UTC

@TehranTimes79
The Taliban confirmed that they received Iran's humanitarian aid for the earthquake-struck Afghanistan. 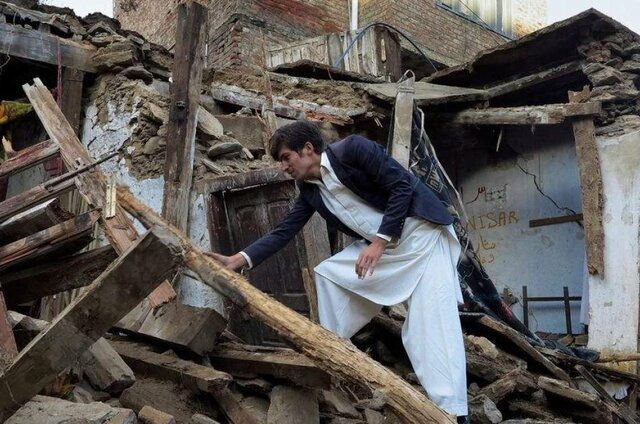 @haaretzcom
I am no longer the energetic, optimistic person I was. The future I imagined for Afghanistan seems like a passing dream, so remote I can’t relate to it anymore. I don’t know when I will ever be able to go back home | Maryam Yousufi @amnahealing Opinion https://t.co/vhUH6fyHa5
23 Jun, 07:45 AM UTC 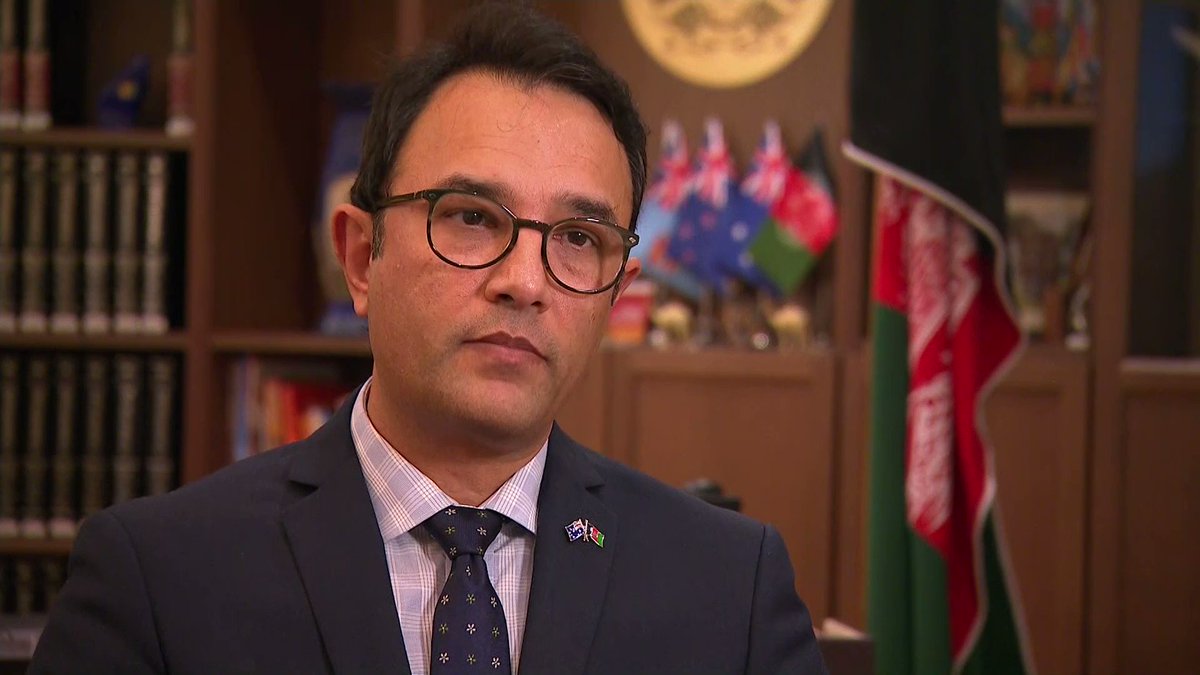 Abdullah Khodadad
@AKhodadad
Taliban are trying to seize the #Earthquake as an opportunity with exaggerated reports of casualties. Most media outlets are likely to have fallen victim to the Taliban propaganda. No independent or credible body has confirmed the reports yet. #EarthQuakeAfghanistan
23 Jun, 07:17 AM UTC

Mr Simbayi 🇿🇲💪🏾🐊📸
@DSimbayi
Exactly want the CCP government is doing to Afghanistan right Is what they are going to do to Russia once the sanctions kick in and start biting. They were quick to recognise the Taliban government but they are quite now they need help Ati we want to a superpower 🤦🏿‍♂️🙄☢️🤣
23 Jun, 08:40 AM UTC