@RachelReevesMP
The PM has been forced to abandon her unfunded tax cut for the richest 1%. But it comes too late for the families who will pay higher mortgages and higher prices for years.   The Tories have destroyed their economic credibility and damaged trust in the British economy. 1/3
03 Oct, 07:01 AM UTC

@Kevin_Maguire
Tories can’t escape the Benny Hill theme tune inside their Birmingham conference. Listen ⬇️ and you can hear it played almost constantly by protesters outside. Complaints have been made but the cops say they can’t do anything. 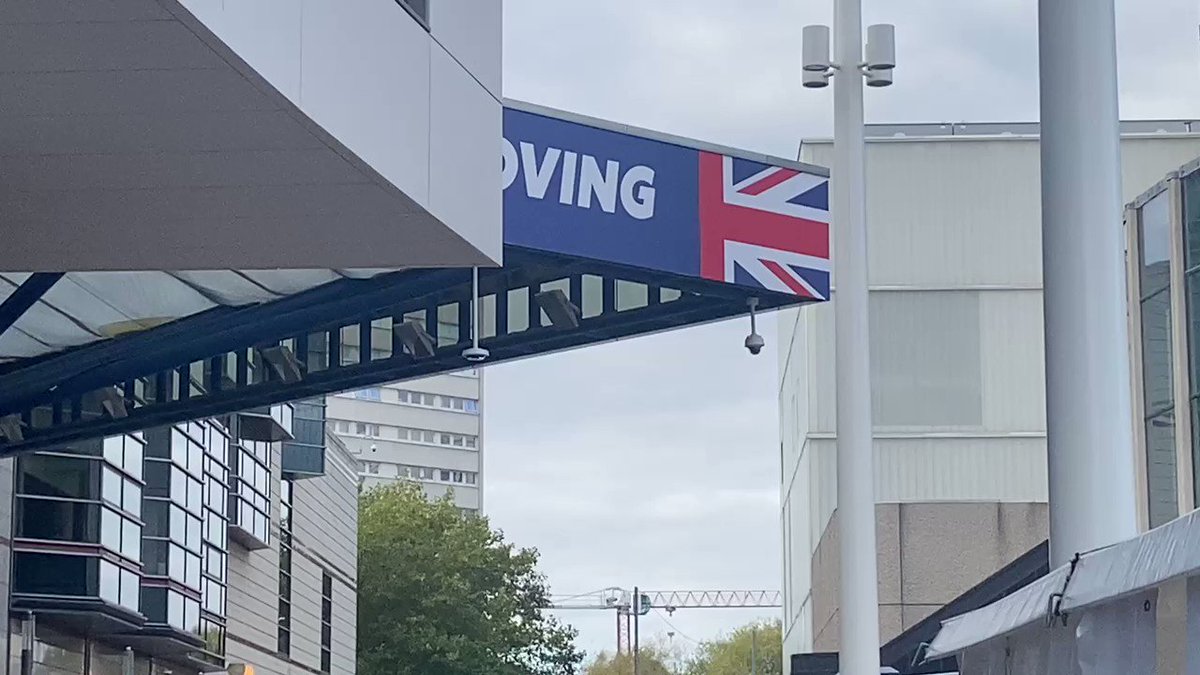 Rachael Swindon
@Rachael_Swindon
Jacob Rees-Mogg getting a taste of what the end of the Tories looks like in Birmingham, today. https://t.co/AKJbly0Apc
02 Oct, 01:37 PM UTC

@Peston
Kwasi Kwarteng’s Lawsonian ambition to start his time as chancellor by simplifying the tax system is no more. He is dropping the plan to abolish the 45p top rate of tax. Opposition from his own benches was simply too much. And even super wealthy Tories here told me they…
03 Oct, 05:51 AM UTC

Shadia Edwards-Dashti
@ShadiaED
“He’s got more front than Sainsbury’s!” Mick Lynch @RMTunion on Jacob Rees-Mogg’s appearance at the #ToriesOut conference He told me “The Tories don’t use the services we do. They are immune & isolated to what we go through. We must throw them out” https://t.co/eXEeu6tGNH
02 Oct, 12:41 PM UTC

@PippaCrerar
Rachel Reeves: “The PM has been forced to abandon her unfunded tax cut for the richest 1% - but it comes too late for families who’ll pay higher mortgages & higher prices for years to come. The Tories have destroyed their economic credibility & damaged trust in British economy.”
03 Oct, 07:06 AM UTC

Michael Payne - From Gedling, For Gedling🌹

@MichaelPayneUK
Tories forced to u-turn on their 45p tax cut. Not before they cost the Bank of England £65 billion averting a pensions wipeout. £65 billion is enough to double the salaries of everyone working in our NHS. Utter chaos with the Conservatives.
03 Oct, 06:04 AM UTC

@WritesBright
This is the next stage of the Tufton Street agenda: privatisation and the splintering of the state. Tea Party Tories trying to sell off our national inheritance 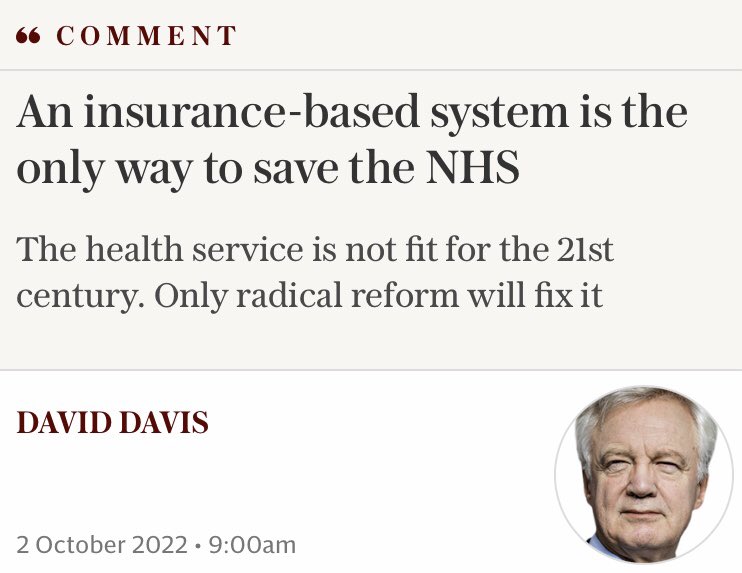 John Twelvetrees #FBPE #StopTheCoup #RejoinEU
@JohnTwelvetrees
Please retweet if you want Labour, LibDems and Greens to cooperate at the next election in order to oust the Tories and introduce PR so that we never again have to endure a Tory Government with an eighty seat majority, secured with only 43% of the popular vote.
02 Oct, 10:20 AM UTC

@JohnSwinney
It is maybe a good job I did not follow the demands of the Scottish Tories to replicate this folly. https://t.co/DXE9aWoxqT
03 Oct, 06:48 AM UTC

@RichardBurgon
The Tories want Austerity 2.0. But there's two sides in this battle. This weekend they saw we won't take it lying down. Yesterday 10,000s attended great @eiecampaign local protests. Today saw a big @pplsassembly demo in Birmingham. Let's build the movements to stop the Tories! 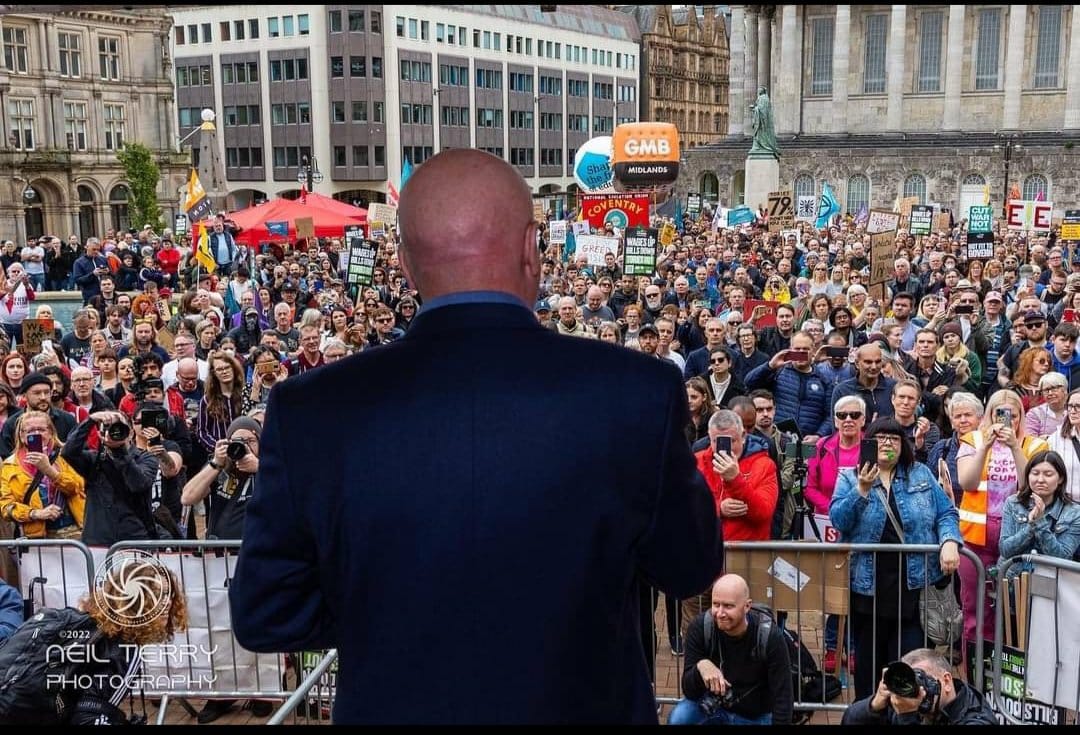 Tom Usher
@tom_usher_
Journalists love being like “gosh how did we allow the tories to destroy the country” and then cry their eyes out when a tory gets shouted at by the public
02 Oct, 04:44 PM UTC

Prem Sikka
@premnsikka
Tory former ministers to be get more than £410,000 in redundancy payments - even though some of them were only in their jobs for a matter of weeks. But they are still getting MP pay. There is a magic money tree, but only for the Tories. https://t.co/Nwp9W5VJqQ
03 Oct, 06:25 AM UTC

Howard Beckett
@BeckettUnite
In 2009 the Trussell Trust operated 30 food banks. In 2022 they now operate over 1300. Including independents we now have at least 2,424 food banks. Food banks are the growth sector under the Tories.
03 Oct, 07:28 AM UTC

Dominic Farrell
@DominicFarrell
Dad taught us to fight bullies. We did. I teach my kids too. They do. Give a bully an inch, they become empowered, take a yard. Not a great start of @trussliz Either the policy was a good idea, or not? MSM/Labour have yet again bullied the Tories into submission. All uphill now
03 Oct, 06:56 AM UTC

GregC
@Greg_P_C
Boris Johnson was given some cake on his birthday and the MSM ran relentlessly for months with the story. Emily Thornberry catches herself speeding at 81mph on motorway and hardly a peep. And people still think there is no MSM agenda against the Tories. https://t.co/ZB0Uw7zNtJ
02 Oct, 09:06 PM UTC

@johnmcdonnellMP
Dumping top tax cut will not prevent the next round of austerity being planned by Tories to pay for the cuts in corporation tax, reversal of NI increase & cut in basic rate. Having destabilised pensions & mortgages the next Tory round of austerity will cause immense hardship.
03 Oct, 07:46 AM UTC

@Feorlean
A tweet not even ten days old, confirming again that the Scottish Tories are about as relevant to our country as the flat earth society - and about as well informed too. #YouYesYet https://t.co/lZi6wKqb4L
03 Oct, 07:05 AM UTC

Howard Beckett
@BeckettUnite
£18 billion cuts were announced today & hidden in the small print of the u-turn on the 45p rate. That’s how Tories operate.
03 Oct, 08:26 AM UTC

@TomMcTague
Hallelujah! It’s a miracle! The Tories have achieved that rarest state of grace in politics, the unholy trinity: nastiness, incompetence *and* weakness.
03 Oct, 07:51 AM UTC

Bill Cruickshank
@BjCruickshank
@BenProcter 62% of Scots voted to Remain in the EU, according to the latest polling that figure is now 72%, as long as Labour continue to imitate the Tories they will never succeed in Scotland. https://t.co/JNm5RXAF2y
02 Oct, 12:33 PM UTC

Richard Murphy
@RichardJMurphy
But mostly telling will be what happens on her return to Westminster. Some Tories will, of course, loudly support all she is doing. The right wingers who have delivered Brexit and who then promoted Johnson before defenestrating him will now loudly cheer Truss.
03 Oct, 07:02 AM UTC

@scottishgreens
The problem is that they don’t get it. This cut was designed to reward the rich in the midst of a cost of living crisis. The Tories simply cannot be trusted with the economy. https://t.co/bgUuVe1Oij
03 Oct, 06:41 AM UTC

Prem Sikka
@premnsikka
@shallis_peter @georgebernhard I won't and can't trust any voluntary claims of self- aggrandizement. Tories taking the UK to stone-age. They have no democratic mandate for for slash-and-burn policies.
02 Oct, 06:49 PM UTC

THE BLACK SALTIRE#FBSI
@80_mcswan
Douglas Ross will be destroyed at FMQs by the FM and I dare say Anas Sarwar Days a go he urged the FM to follow the British Gov plan of reducing taxes for the super wealthy Today he will return to line and defend the U turn of Liz Truss The Tories are in one hell of a mess!
03 Oct, 08:02 AM UTC

Northern variant
@FUDdaily
I wasn't bothered either way about tax cuts. Energy policy is the only thing that matters right now - and I just need to see a signal that grown-ups are in charge - but we're a very long way from that. Unless Tories wage war on the green religion, Britain doesn't stand a chance.
03 Oct, 07:32 AM UTC