@lewis_goodall
Former US Treasury Secretary Larry Summers tells Bloomberg: “It makes me very sorry to say, but I think the UK is behaving a bit like an emerging market turning itself into a submerging market.” 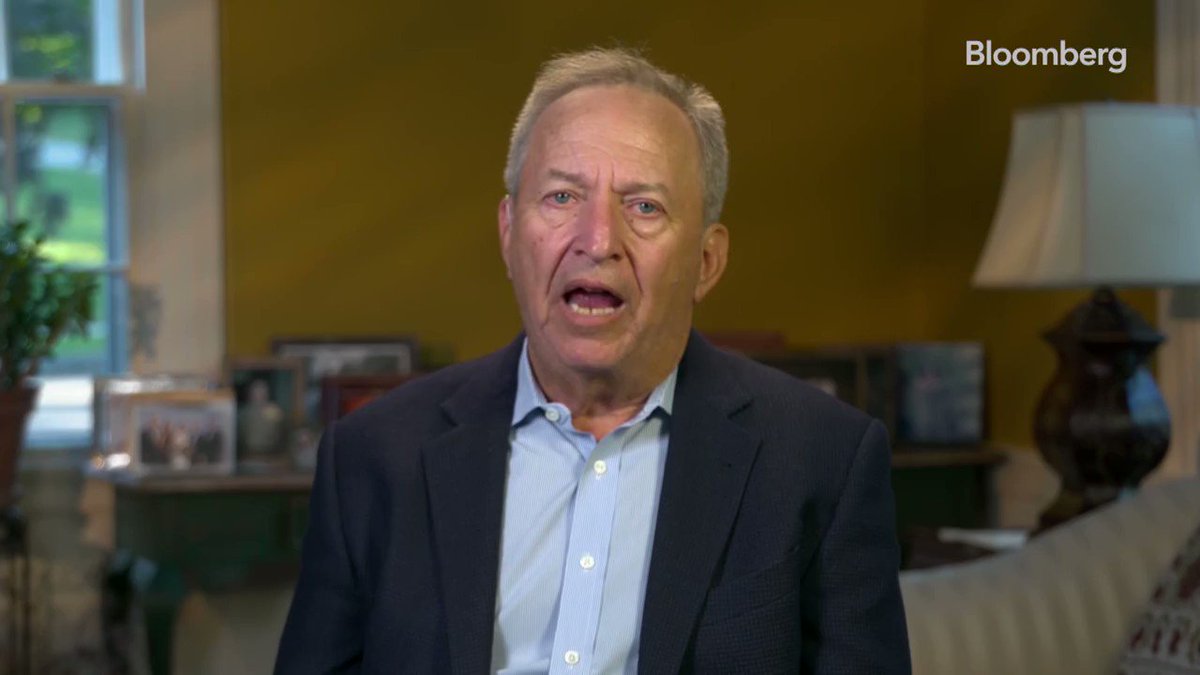 Marina Purkiss
@MarinaPurkiss
These are the actions of a Govt that knows its time is up… - Full on raid of the public purse - Enrich their donors as much as possible in time left - Leave the treasury and national debt in the worst possible state for new Govt to sot out Criminal.
23 Sep, 02:23 PM UTC

@Ianblackford_MP
The sheer recklessness of the chancellors statement is awe inspiring and playing fire with the competency of the treasury. This is economic illiteracy that will do nothing to stem the fall in sterling nor to assist the desire to restrain inflation. 1/2
23 Sep, 09:03 AM UTC

@BenKentish
Kwasi Kwarteng has decided not to publish any of the Treasury’s distributional analysis of today’s announcements - very unusual for a fiscal event of this size.
23 Sep, 12:04 PM UTC

@BloombergUK
"The UK is behaving like an emerging market turning itself into a submerging market" Former US Treasury chief Larry Summers says he would not be surprised to see the pound drop below one dollar if Liz Truss's government continues on its policy path https://t.co/JBTk4S7e03

@JohnJCrace
Chris Philp on Radio 4 competing to be this week’s idiot’s idiot. How can he be Number 2 in the Treasury?
23 Sep, 05:07 PM UTC

GET A GRIP
@docrussjackson
Around 660,000 aready very rich people will gain £10,000 on average from the abolition of the highest rate of income tax, costing the treasury around £2billion, while millions struggle to get by, & essential public services are destroyed. It's fucking obscene. #EnoughIsEnough https://t.co/tDYcEJ1m9D
23 Sep, 11:41 AM UTC

@AvaSantina
Treasury minister tells @LBC anyone who is not an entrepreneur is a “plodder”
23 Sep, 03:46 PM UTC

Richard Murphy
@RichardJMurphy
Third, instead the new money that the Bank of England must necessarily create to fund the planned level of government spending (because all state spending is initially funded in this way) should be advanced interest free to the Treasury.
23 Sep, 06:10 AM UTC

Richard Murphy
@RichardJMurphy
The Treasury and Bank of England are between them going to want at least £350 billion from financial markets in the next year, and they’re not going to cough up. Kwarteng is going to need to shake the magic money tree instead
23 Sep, 01:57 PM UTC

@BestForBritain
Simon Clarke, Treasury Chief Secretary until two weeks ago, described NICs rise as "transformative". He now describes the reversal of that policy as "game-changing". Explains his March position with "I was only doing my job". But THIS time, he definitely definitely means it. ~AA 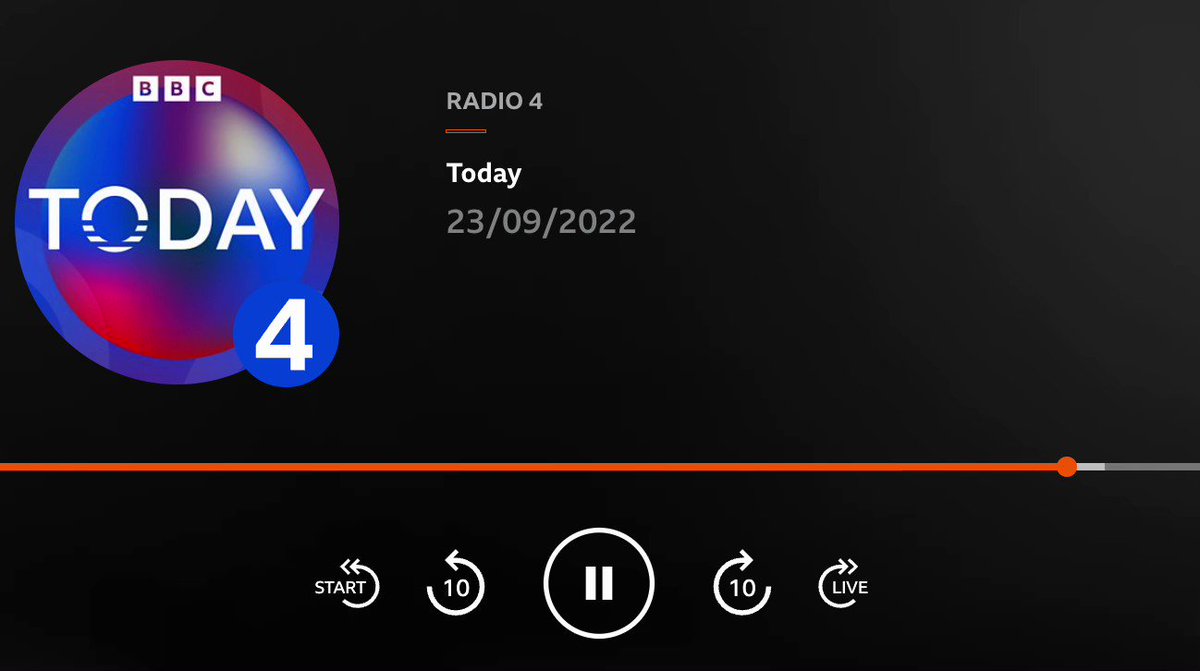 Hon.Kangogo Bowen 🇰🇪
@HonKangogoBowen
Why is CS UKur Yatani of Treasury obsessed with Constitutionality of CDF??!! He should be telling us the THIEVES who LOOTED Over 50Billion ten days to Swearing in of President @WilliamsRuto. We shall revisit.
23 Sep, 12:08 PM UTC

@sturdyAlex
This is the former permanent secretary to the Treasury. https://t.co/Fq1O9Alabh
23 Sep, 05:26 PM UTC

@AP
The Treasury Department said Friday it was allowing American tech firms to expand their business in Iran, one of the most sanctioned countries in the world, to boost internet access for the Iranian people. https://t.co/KujIStI2Sr
23 Sep, 05:15 PM UTC

Simon Gosden. Esq. #fbpe 3.5% 🇪🇺🐟🇬🇧🏴‍☠️🦠💙
@g_gosden
“The UK is behaving a bit like an emerging market turning itself into a submerging market…Britain will be remembered for having pursued the worst macroeconomic policies of any major country in a long time.” Former US Treasury Sec Lawrence Summers https://t.co/KEIEWq4Kn8
23 Sep, 03:23 PM UTC

@PoliticusSarah
the people scare-tweeting about 87,000 IRS agents supported a huge tax cut for the rich They don’t want an IRS that can go after cheating high-net-worth people & large corps, as the money is directed to do The 87k was a Treasury est on what IRS needs due in part to attrition
23 Sep, 05:22 PM UTC

John Ferry
@JohnFerry18
Truss guv is playing a dangerous game with UK fiscal credibility, but let's keep in mind Swinney aims for an even more radical economic experiment - making Scotland the first part of any advanced economy to cut itself off from its central bank/currency base; treasury/tax base. https://t.co/ZaUPy4OYbR
23 Sep, 10:07 AM UTC

@gabyhinsliff
What's the offer to 25yos, asks @tomswarbrick1?Should all become venture capitalists instead of 'plodding' thru life, apparently. Treasury ministers wd've been deemed a liability & hauled off media round for this sort of thing in previous Tory govts https://t.co/MMBAsiEOTp
23 Sep, 04:47 PM UTC

@BenKentish
Treasury statement on why: “The Chancellor has been clear that at this event unleashing productivity growth is the government’s priority – and that this is the only means to sustainably increase living standards for all households by increasing job opportunities & real earnings.”
23 Sep, 02:30 PM UTC

simon shadbolt
@SimonShadbolt
@MarinaPurkiss Former US Treasury Sec Larry Summers “Between Brexit, how far the Bank of England got behind the curve and now these fiscal policies, I think Britain will be remembered for having pursuing the worst macroeconomic policies of any major country in a long time.”
23 Sep, 03:11 PM UTC

Ian Riley
@ianrileyENG
@JCaramac These are my thoughts on this disgusting statement today. Hedge funding is the second occupation or interest of many in cabinet inc JRM and Chris Phillip at Treasury. @PrivateEyeNews has more on him this issue as well. We’ve just witnessed a robbery folks. Right in front of us. https://t.co/Nv23NlD5i6
23 Sep, 03:39 PM UTC