@Dejan_Kovacevic
How, how, how does anyone pull off signing Tyler Anderson for $2.5 million? This is Ben Cherington's crown jewel to date. #DKPS #Pirates #LetsGoBucs #PITvsCHC
09 May, 08:46 PM UTC

@Dejan_Kovacevic
The Pirates just won in Chicago, 6-5, on Tyler Anderson's excellent eight innings. The team's lost 8 of 10 since poking a game over .500. The team's also lost half its everyday eight from the lineup. Coming home to face the Reds. #DKPS #Pirates #LetsGoBucs #PITvsCHC 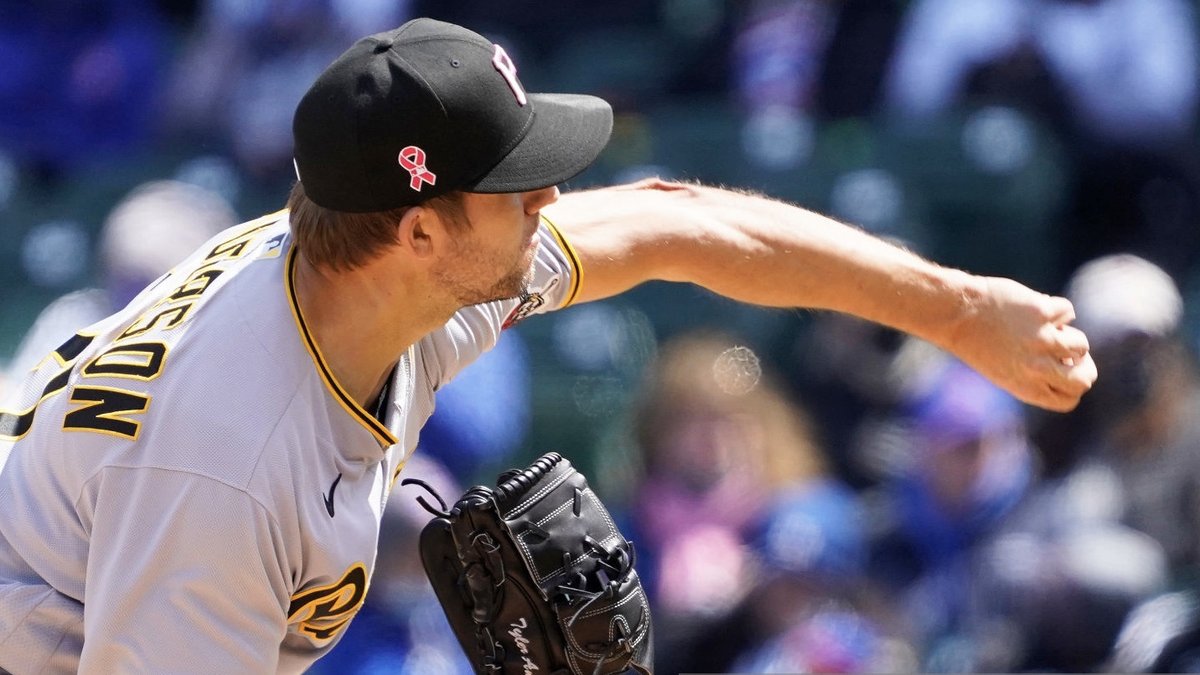 @ThePoniExpress
Tyler Anderson is JA Happ 2.0. Excellent pickup by Ben Cherrington. Trade him for a good young player in July.
09 May, 09:37 PM UTC

Donny Chedrick
@DonChed54
Tyler Anderson has done everything the Pirates could ask for. Veteran left-hander that outperforms expectations and leads to a decent deadline return on investment.
09 May, 08:30 PM UTC

Yinzburgh Adam
@yinzburghsports
RAISE IT Was just giving the Cubs fans false hope!!! Hell of a performance by Tyler Anderson!!👏🏻👏🏻 If rich rod and crick arent going to be on top of their game rather it be when we're up 4 Really glad we got this W
09 May, 09:26 PM UTC

Renegades of the Rotunda
@pghrenegades
I don't think this is hyperbole but Tyler Anderson is the single greatest free agent signing of the last 100 years
09 May, 08:50 PM UTC 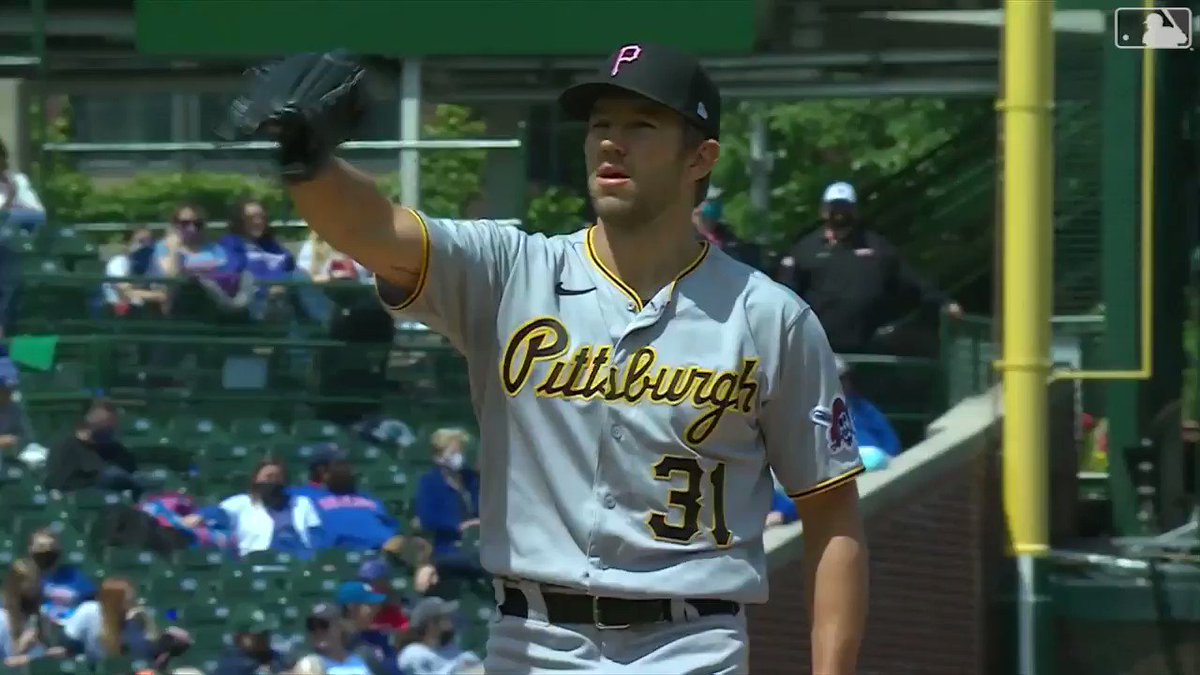 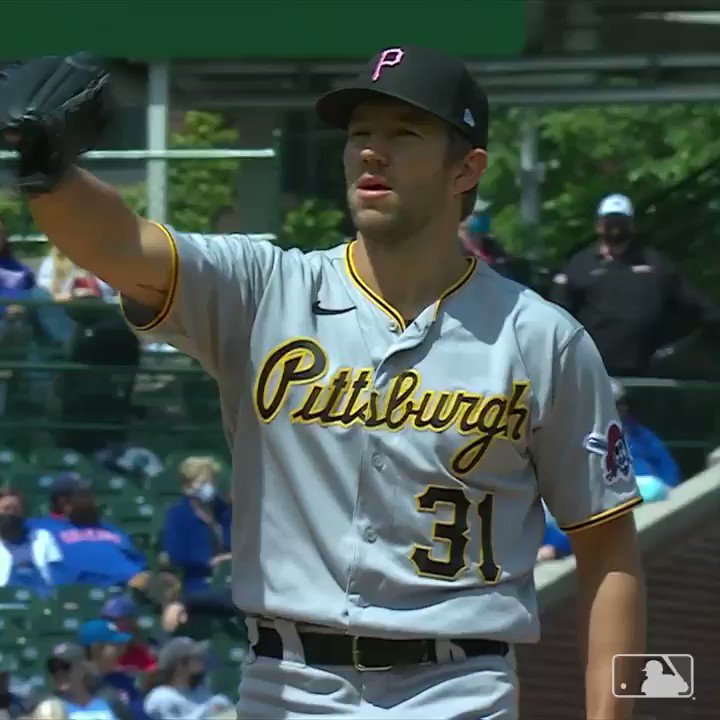 AT&T SportsNet™ PIT
@ATTSportsNetPIT
The Pirates take the finale of a 3 game set in Chicago with the Cubs. They escaped with a 6-5 win on the strength of a great performance from Tyler Anderson. After the game he spoke with Robby Incmikoski. https://t.co/gEoEMhuWb6
09 May, 10:23 PM UTC

Jason Shetler
@Jason_Shetler
With a 3.05 ERA, and a 3.13 FIP, who would've thought Tyler Anderson would be one of the best FA pitcher signings to this point? #Pirates
09 May, 09:39 PM UTC

Thomas #BLM
@TeznasGV
I remember when we thought Tyler Anderson was just depth starting pitching and not the ace of the pitching staff.
09 May, 08:48 PM UTC

@TribSports
Starting pitcher Tyler Anderson workied through eight innings — his longest outing of the season — and retired his final 13 batters while allowing only four hits and a walk and striking out six. #LetsGoBucs https://t.co/Jje70fTJb0
09 May, 09:32 PM UTC

Buccos Cove
@Buccos_Cove
Tyler Anderson becomes the first #Pirate this year to work eight full innings as he rolls a 1-2-3 inning and has retired 11 straight #Cubs. We head to the ninth and it's #Pirates 6 #Cubs 2 #BuccosCove
09 May, 08:48 PM UTC

Buccos Cove
@Buccos_Cove
Tyler Anderson's night is done as he allows two earned runs over eight innings while walking one and striking out six. Kyle Crick comes on for the ninth trying to secure a #Pirates victory. It's #Pirates 6 #Cubs 2 #BuccosCove
09 May, 09:02 PM UTC

Pittsburgh Pirates UK
@Pirates_UK
If Tyler Anderson keeps this up he might be able to get traded to a decent team later in the season.
09 May, 08:51 PM UTC