@PavlovicNBCS
The Giants won 4-2. They're two games up in the NL West and guaranteed of flying home with the division lead. Wilmer Flores won it with his 100th career homer. Tyler Rogers, who has been one of the best relievers in the NL, got the save.
22 Jul, 05:08 AM UTC

@PavlovicNBCS
Tyler Rogers plans to have a celebratory Bud Light tonight. He's pretty fired up. "Man, it's just so cool just to see all the guys in the clubhouse happy for me and I'm happy for all of them."
22 Jul, 05:28 AM UTC

@PavlovicNBCS
Tyler Rogers is warming up in the Giants bullpen.
22 Jul, 04:40 AM UTC

@PavlovicNBCS
I think my favorite part of tonight was the fact that Tyler Rogers celebrated the huge win with Curt Casali and then quickly ran over to pick up the catcher's mask Casali ripped off as he recorded the final out: 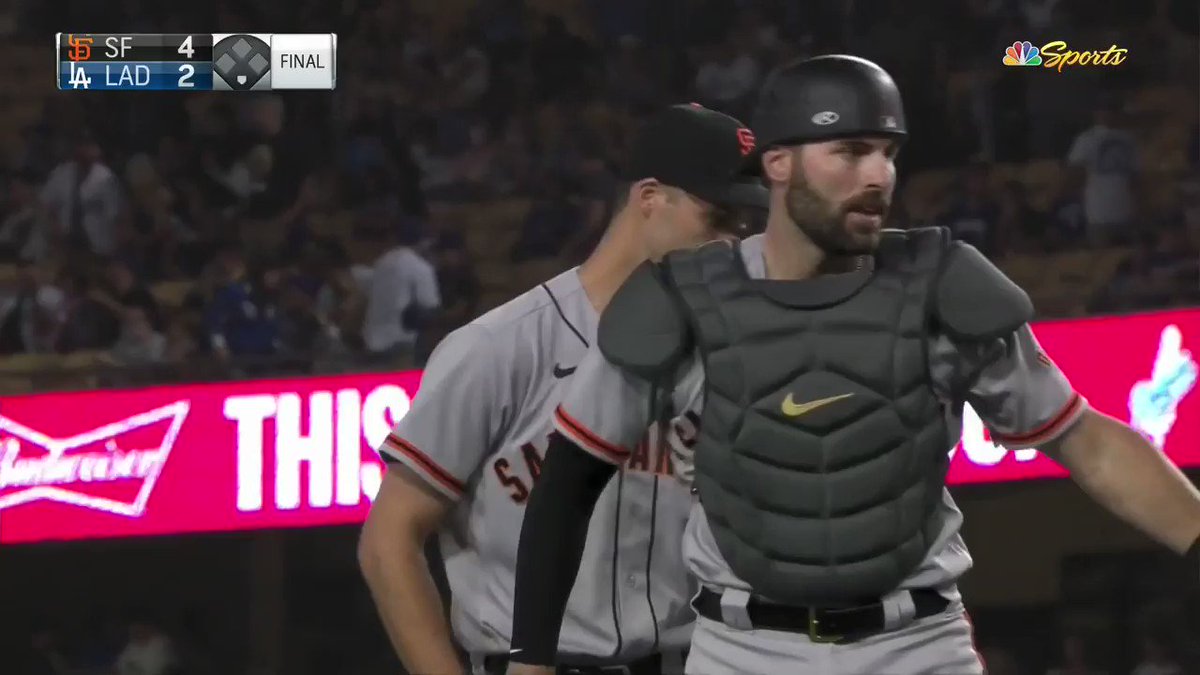 @TalkinBaseball_
Giants running Tyler Rogers back out there one night after he got walked off on and then him picking up the 1-2-3 save to keep the team in first place is pretty badass
22 Jul, 05:08 AM UTC

@KNBR
Tyler Rogers is feeling good, and relieved, after he and the Giants bounced back tonight. "Man, it's just so cool to see all the guys in the clubhouse happy for me. And I'm happy for all them. Kapler showing the trust in me personally was huge for my confidence tonight." 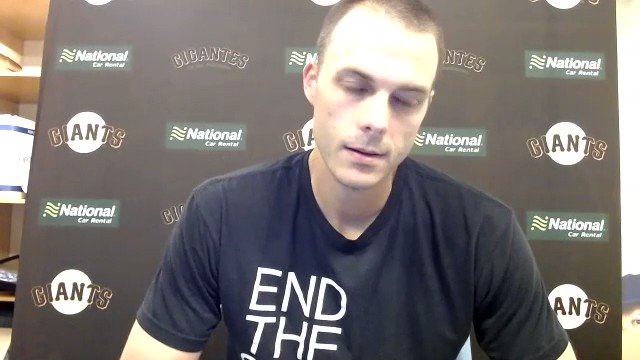 @BenKaspick
Wait—I thought Tyler Rogers couldn't face the Dodgers? And didn't have what it takes to pitch the 9th? 🤫 #ResilientSF
22 Jul, 05:22 AM UTC

@susanslusser
Giants' late comeback win includes Posey pinch hit, Flores HR, Rogers save; Tyler Rogers on trying to stay calm during long top 9: “I guess I was like what they say about the duck on the water - you look calm but the feet are underneath going crazy." https://t.co/mSfCGIrlk3
22 Jul, 06:03 AM UTC

Ryan Leong 🖖😷
@RyanLeong
To commemorate #SFGiants Tyler Rogers getting the save vs. the #Dodgers it's party time! #Budlight #ResilientSF https://t.co/CQdcWJTeTo
22 Jul, 06:17 AM UTC

Jared A Muscat
@jaredamuscat
Half the people complaining about Tyler Rogers these last two nights didn’t know who he was last year or until about June of this year. I welcome bandwagon fans. Just, don’t pretend you’re a MLB manager, scout, or executive. Watch and enjoy.
22 Jul, 07:49 AM UTC

Janice Hough
@leftcoastbabe
Just saying, Giants' reliever Tyler Rogers had even a worse night last night than Dodgers' Kenley Jansen did tonight, and SF Giants fans wouldn't have booed him off the mound.
22 Jul, 07:48 AM UTC

Qweetsg (NOT OOPA)
@Qweetsg1
@AlamoOnTheRise @SFGiants @NationalPro Which is why Kapler deep down still can’t manage! He pulled this Tyler Rogers confidence boost thing with Gott last year and that lost us a playoff spot. Luckily Rogers is not Trevor Gott
22 Jul, 06:28 AM UTC

Michael Saiz
@ninersaiz
When you fall off the horse you get back on. Tyler Rogers gets back on and delivers a save Giants win 4-2.#ResilientSF @SFGiants
22 Jul, 05:17 AM UTC

🇵🇭🇺🇸 (Posh.Baby.Sporty.Ginger.Scary)
@melodyfayre
Some Giants fans giving up on Tyler Rogers after that horrendous loss Tuesday night. He redeemed himself the following night. I still think he’s one of the best arms we have in the bullpen. And, I’m not just saying that because he’s an identical twin like me.
22 Jul, 10:28 AM UTC

K.B.A.
@kba41510
Tyler Rogers wouldn’t have been booed out of Oracle if he’d given up a GW HR (like he did last night) and the man hasn’t even been with the #SFGiants that long. Kenley Jansen is an LA lifer and got booed for 1 bad outing. This is why #Dodgers fans are the worst fans in sports
22 Jul, 09:46 AM UTC

Janice Hough
@leftcoastbabe
@BlakeHarrisTBLA Seriously. I'm an SF Giants fan and last night Tyler Rogers was awful. But it happens. And today he got back on the mound and was lights out.
22 Jul, 07:44 AM UTC

Robert Gaustad
@RMGaustad
I love that Gabe Kapler sent Tyler Rogers out to close again tonight. Get back on that fucking horse, kid. Kapler had confidence, and Tyler came through. He’s a cool cat and a good pitcher. Giants on top.
22 Jul, 07:40 AM UTC