UConn is trending on Twitter. Popular tweets on UConn.

@JonRothstein
Dear UConn and Auburn, Thanks for giving us the game of the year thus far in college basketball. That type of Thanksgiving Eve entertainment is infinitely better than any bar in America. Sincerely, JR
24 Nov, 10:22 PM UTC

@BarstoolBigCat
UCONN -2.5 NEVER A DOUBT! (People who say gambling is easy or not a full time job don’t realize how much effort everyone who had UConn just used to get that win)
24 Nov, 10:22 PM UTC

@JonRothstein
Michigan State over UConn by split decision in the Bahamas. Spartans move on to the title game. And that final foul call on R.J. Cole late? An absolute abomination.
25 Nov, 07:11 PM UTC

@charlottecrrll
Dan Hurley: "We're finally climbing this mountain and getting good again and starting to resemble UConn again. We're not going to let you knock us off that easily when we're trying so hard to get this thing back to where UConn should be. You got to try to kill us to beat us."
24 Nov, 10:58 PM UTC

UConn football endurer
@NoEscalators
quick reminder refs stole two uconn points because they don't know how a shot clock works, and a third because they subbed a guy in as he was taking a free throw
25 Nov, 07:04 PM UTC

@Aaron_Torres
Brutal call on RJ Cole late, but gutty effort all day by UConn. Played a double overtime bloodbath yesterday, down a key player today and still had a chance to beat a good Michigan State. Tough loss. But this program is so damn back. 👊🐺
25 Nov, 07:15 PM UTC

@RobDauster
Tough loss to swallow, but there’s only room for UConn to grow from here. Have to find ways to score in the halfcourt that isn’t a Sanogo post touch, and they have to clean up some of the sloppy turnovers, but this group can really lock up when they want to. Onward and upward.
25 Nov, 07:24 PM UTC

UCTV Sports
@UCTVSports
Hurley on the gameplay in the tournament: "It's a great learning experience for us, but when UConn plays in a tournament, they're expected to play for a championship."
25 Nov, 07:45 PM UTC

Anthony Garvert
@TheRealSharty
Per KenPom, MSU maintains their top 3 AdjD efficiency after beating UConn. I'll give you a hint, they aren't #2 or #3. 👀
25 Nov, 07:54 PM UTC

@JFergusonAU
Auburn left shooters open against UConn yesterday, and Loyola Chicago is even better on creating — and hitting — catch-and-shoot opportunities the Tigers have to figure out how to turn that around
25 Nov, 07:54 PM UTC

Christian Clemente
@CClemente__
Walker Kessler is quickly starting to find his groove on the offensive side for Auburn. Started last night against UConn with 14 points and 10 boards and now he's got an early 7 points and 3 boards against Loyola Chicago.
25 Nov, 07:59 PM UTC

Clint Corey (Cool Hand Clint)
@CoolhandClint7
but, that's kind of my rationale-that the shooting will come down to earth- and, like UCONN-that they have some heavy legs late in the game.
25 Nov, 08:04 PM UTC

@JFergusonAU
kind of the same issue for Auburn toward the end of the first half as the UConn game — non-steal turnovers Auburn has six turnovers so far, and Loyola has just one steal on the other side, Auburn has six steals on 10 Loyola turnovers
25 Nov, 08:12 PM UTC

Disputedly Indisputable
@PabloEscoburner
@JusCallMeLani Hell of a game. UConn gassed at the end and gave it up. Understandably. Hope we don’t meet the same fate in this one.
25 Nov, 07:55 PM UTC

Geoffrey Campbell
@geoff_boy_ardee
I imagine that UCONN men’s basketball being legit and good and music to the ears of @MattEsposito_
25 Nov, 06:44 PM UTC 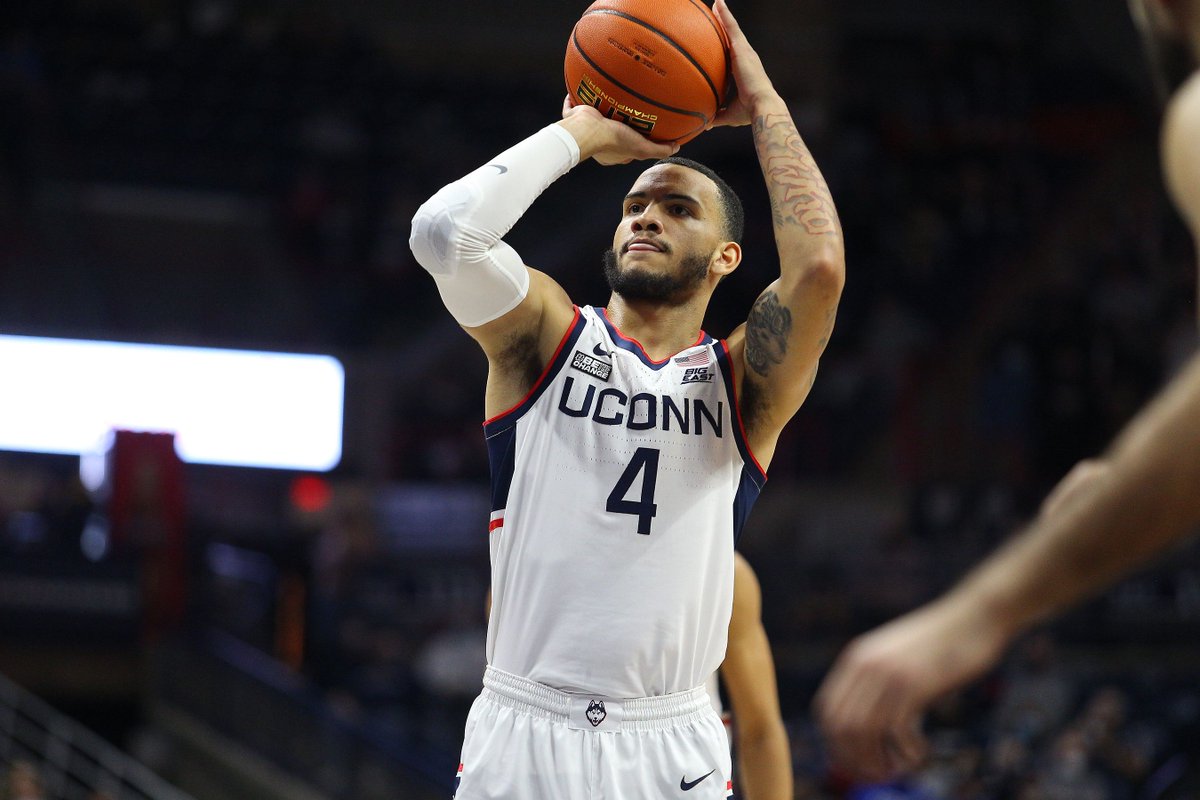 White Larry Bird
@tigerswatson
@orangeanddrew AU needs to tighten up that 3PT defense. 60% from 3 from Loyola is troubling. I noticed that Mich State shut UCONN down from 3. AU needs to fix that to get where they want to be.
25 Nov, 08:09 PM UTC