USPS is trending on Twitter. Popular tweets on USPS.

momo
@guacamomole
“nobody uses USPS anymore” is such a privileged take when it’s the most accessible system for small businesses, inmates to contact their lawyers and family, and quite literally everyone else you failed to consider under your lens
31 Jul, 07:13 AM UTC

@SethAbramson
If a moment comes, in October, when Trump declares that problems at the USPS make November's election a farce he doesn't want his voters participating in, I beg you to remember every story like this one that we are reading now and will be reading all fall. https://t.co/yySjQ9XnQ2
31 Jul, 02:30 PM UTC

tuli
@nogoodtulip
ok but what if the hypebeasts step in and save the USPS by turning their merch into popular streetwear https://t.co/X75qKKm9tb
31 Jul, 02:35 PM UTC

Alex G
@realalexgrun
Broke: USPS getting pushed to the point of disaster/ setting up for an extremely messy election Woke: Realizing this is an actual problem for the US Bespoke: Organizers across the country saving USPS after realizing they have a merch store #saveusps https://t.co/gXkabV5RpG

Daniel Jacobson
@Dan_F_Jacobson
These USPS shenanigans are something the House can fix if it has the willpower. The Supreme Court has explained that Congress can enact "all measures necessary to secure [the] safe and speedy transit [of mail] and the prompt delivery of its contents." Ex Parte Jackson (1878)
31 Jul, 01:50 PM UTC

@GerryConnolly
A Trump crony is actively undermining the Postal Service from the inside. He will destroy this American institution so you can't vote by mail. I chair the subcommittee with jurisdiction over USPS. This has been a smoldering crisis for months. Now, it's a five alarm fire. https://t.co/MAULY6KPkA
31 Jul, 04:57 PM UTC

Mrs. Krassenstein
@HKrassenstein
The Constitution protects the USPS. Trump's attacks on the United States Postal Service is an outright attack on the U.S. Constitution, as an attempt to suppress votes in the upcoming election. Every American should be outraged! Raise your hand if you are one of them!
31 Jul, 07:31 PM UTC

yeah i’m still emo, so what?
@ThyArtIsMemes
remember when people were saying it’s ridiculous to be afraid of Trump being president in 2016 and now here we are with like half the country unemployed, an uncontrolled pandemic contiuning to spread, mass civil unrest, a call to delay the election oh and the USPS might shut down
31 Jul, 03:21 PM UTC

Alexandra Chalupa
@AlexandraChalup
Americans should know Republican donor and Trump loyalist Louis DeJoy, who has been Postmaster General since May and who many USPS workers warn is putting policies in place to help Trump cheat in the 2020 election by slowing down absentee ballot deliveries. 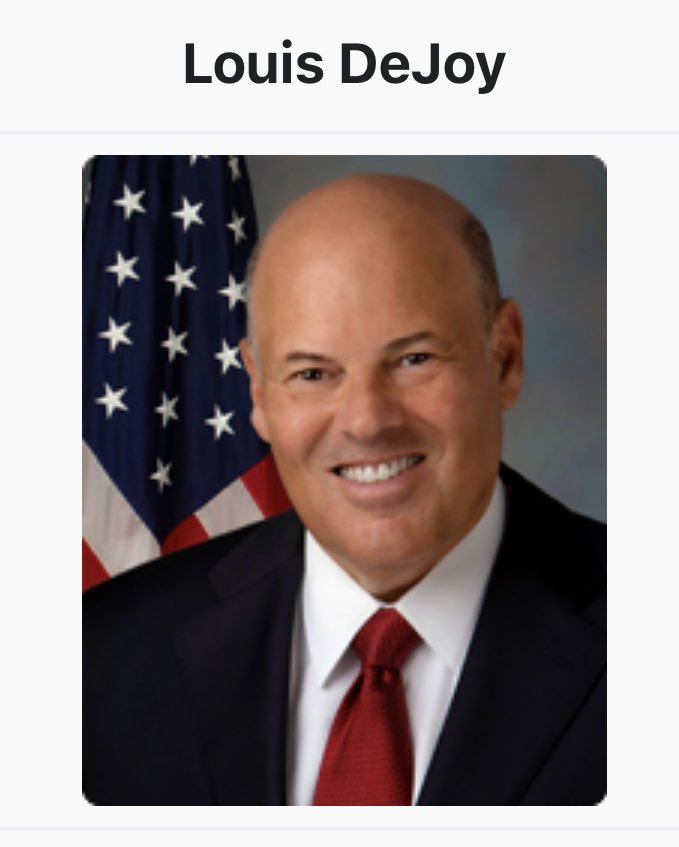 AvantGeek
@AvantGeekArt
Retweet if USPS is essential to you or your business. I want to see something.
31 Jul, 05:56 PM UTC

@SethAbramson
My thread on Louis DeJoy from 11 days ago is below. There's renewed discussion of DeJoy now that people realize Trump is trying to destroy the capacity of USPS to operate on election day, though whether to depress Democratic votes or discredit the whole election is still unclear. https://t.co/mzIJGKJU6r
31 Jul, 05:45 PM UTC

@kenvogel
NEW: Even as TRUMP stepped up his assault on the @USPS, emails show he "personally approved" the coronavirus mailer that went to 130M households, prominently featuring his name. The mailer cost $28M at a time when the @USPS is struggling to stay solvent. https://t.co/rJ8SBSWnrT
31 Jul, 09:58 PM UTC

Sally Deal
@SallyDeal4
@TheRickyDavila Either personally drop off your #VotebyMail ballots at a location designated by one's county or mail them no later than Oct. 20. Yes, the PMG is purposelessly slowing the post office down. Pass it on. Forget Nov. 3!! Do it early! https://t.co/5WVIyKpjUl
31 Jul, 08:12 PM UTC

Biff Smallberries
@Trey_VonDinkis
. 🗳️ LEFTIST VOTER FRAUD Postal Workers, in an Interview of Many Dozens - Admit that the USPS is NOT Reliable in Handling Vote-by-Mail Ballots - "mail backlog is worsening and... will be UNABLE TO FIND many of the ballots and deliver them on time..." . https://t.co/dWrNigg3Aw
31 Jul, 10:38 PM UTC

@TomOrtenberg
More is clearly necessary but wouldn’t the simplest and easiest thing we can do for the USPS be to immediately eliminate the 75 year prefunding of retirement benefits mandate? https://t.co/jcgwwB26to
31 Jul, 10:09 PM UTC

Relentlessly Hasan
@RelentlessYapp
Why shouldn't Pelosi hold the relief bill hostage until she gets the USPS funding it needs? https://t.co/usUaR0Smi5
31 Jul, 10:59 PM UTC

Teacher Jennifer
@uscitizenpod
#USPS is an essential democratic institution and key to the #2020Election Check out this @1a #podcast podcast #vote #USPSisEssential #VoteByMail #stamps The U.S. Postal Service And A Vote-By-Mail Election https://t.co/IorZnMHNwI
31 Jul, 11:00 PM UTC

JPalmer Re-Sister 🌊🌊 ✍️
@PalmerDriven
@realDonaldTrump placed a murder hornet 🐝 in charge of the US Post Office. The USPS isn’t a business it’s a service and no one should F with it. Trumps is afraid of absentee ballots and hopes they get lost in the mail with all the new abhorrent delays enacted to mail services.
31 Jul, 11:00 PM UTC

𝕍𝕚𝕠𝕝𝕖𝕥 𝕍𝕒𝕚𝕟𝕖 ✧ BLM
@VioletVaine
Hey I’m asking all of my followers to help prevent the USPS from being defunded & make sure everyone can vote this election!! If you can, go buy some stamps / merch today https://t.co/0tPJW0CC3X… #DontDefundUSPS
31 Jul, 11:00 PM UTC

Improp Op
@ImproperOpinion
@PetiteNicoco @SallyMayweather What does the USPS and a shoe store have in common? They’re both chock full of loafers
31 Jul, 11:00 PM UTC

OM Photography
@om_photo
@RepJayapal IMPORTANT FACT: a ballot does NOT have to be mailed through USPS to its polling destination. Any standard domestic mail service is acceptable. Check your local offices for details.
31 Jul, 11:00 PM UTC

DanaERTurton
@danada0109
Are there localities w/drop boxes outside of government buildings, etc. for people to return ballots? Considering postmaster who bought his job & holds stocks in competing entities is utterly sabotaging @USPS, I wonder how widespread this solution is/will be. #SaveThePostOffice
31 Jul, 11:00 PM UTC