G. K. Chesterton
@GKCdaily
The worst moment for an atheist is when he is really thankful and has no one to thank.
24 Nov, 07:02 PM UTC 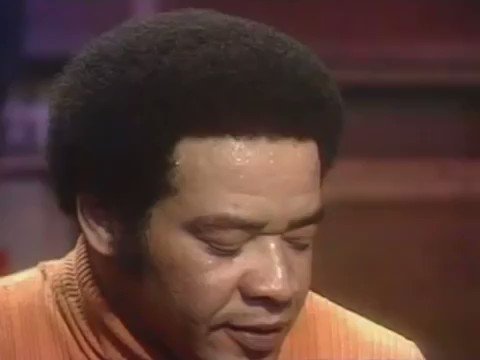 @VancouverPD
In March 2021, he assaulted a VPD officer who was attempting to arrest him for breaching his bail. In that incident, he tried to escape by running through the front doors of VANDU, locking a door behind him, then fleeing out the back.
25 Nov, 04:27 AM UTC

@VancouverPD
Earlier today, our officers were patrolling in the Downtown Eastside when they saw him again, standing near the entrance to VANDU, on East Hastings Street. The officers were familiar with him and had been looking for him so they could arrest him for an unrelated crime.
25 Nov, 04:27 AM UTC

Nathan Lipetz
@LipetzNathan
@WuffinZiggy @VancouverPD @vpd @vandu It is unfortunate how these videos with absolutely no context blow up and VPD actually has to release statements like these that normally wouldn't be public info. A very good response here from VPD
25 Nov, 04:44 AM UTC

Ziggy "Walt" Wuffin 🇨🇦 🏳️‍🌈 🇺🇦
@WuffinZiggy
@VancouverPD Well done for a measured response @vpd. Sad that @VANDU don't appreciate the professionalism to protect the public and the victims. It could have ended so much worse.
25 Nov, 04:35 AM UTC

Garrett Woolsey
@nanytrulz
@DeputyChow Great to see VPD push back on the misinformation put out by VANDU. Your folks did some excellent work here.
25 Nov, 05:05 AM UTC

Dock Currie
@Dock_Currie
Everything is wrong with this @VancouverPD 'he was no angel,' thread, from its public announcement of infamy to its specific denigration of VANDU, to its total obliviousness to the problem, which is that the Police's relation to communities is that of an occupation. #CDNPoli https://t.co/NlzAHG2ule
25 Nov, 05:51 AM UTC

Gary Knowles
@wtfthistown
@VancouverPD Though not a surprise he is supported by VANDU and their travellng band of Minstrels.
25 Nov, 05:00 AM UTC

Sharpey Sharpe
@Sharpey_Sharpe
@karamcnair @waterchestnutIV @VancouverPD I used allegedly because none of us (not even VANDU, if you can believe it) have full facts here. Though the threat info seems to have come from the cabbie… You’ve used the word “shot”. With what? He got beanbagged.
25 Nov, 05:45 AM UTC

CCMDN
@CCMDN2
@VANDUpeople @VancouverPD @VANDUpeople just another distraction tactic to keep people focussed on anything but the failures of the poverty industrial complex on the DTES. Let @VancouverPD do their job. @bcndp Audit VANDU & all the other poverty pimps on the DTES!
25 Nov, 05:43 AM UTC

Frank Columbo
@jsam10983741
@AndrewNJohns @TomGautreau3 @VancouverPD @VANDUpeople Where I wonder is COV still funding VANDU ? If so why ? What person/council/committee approves the funding ? VANDU anarchist narrative does not align with our values of law and order.
25 Nov, 06:57 AM UTC

TommytheBear
@Tommy_the_Bear
@ZiggyPixel @VancouverPD Look at the number of cops responding. Why would they deploy so many officers AND a dog if they didn't think he's dangerous? He was clearly not some poor harmless down-and-out. We need these people off the streets for everyone's safety INCLUDING the VANDU folk.
25 Nov, 06:50 AM UTC

Sharpey Sharpe
@Sharpey_Sharpe
@karamcnair @waterchestnutIV @VancouverPD So why didn’t you (or VANDU) say they fired beanbag rounds? Is it…no…it couldn’t be…because saying the cops “shot him” suggests that they are shooting actual bullets? No…I just couldn’t imagine a world where you (or they) were using inflammatory language.
25 Nov, 05:51 AM UTC