@Vikings
Eatin a DUB for Thanksgiving 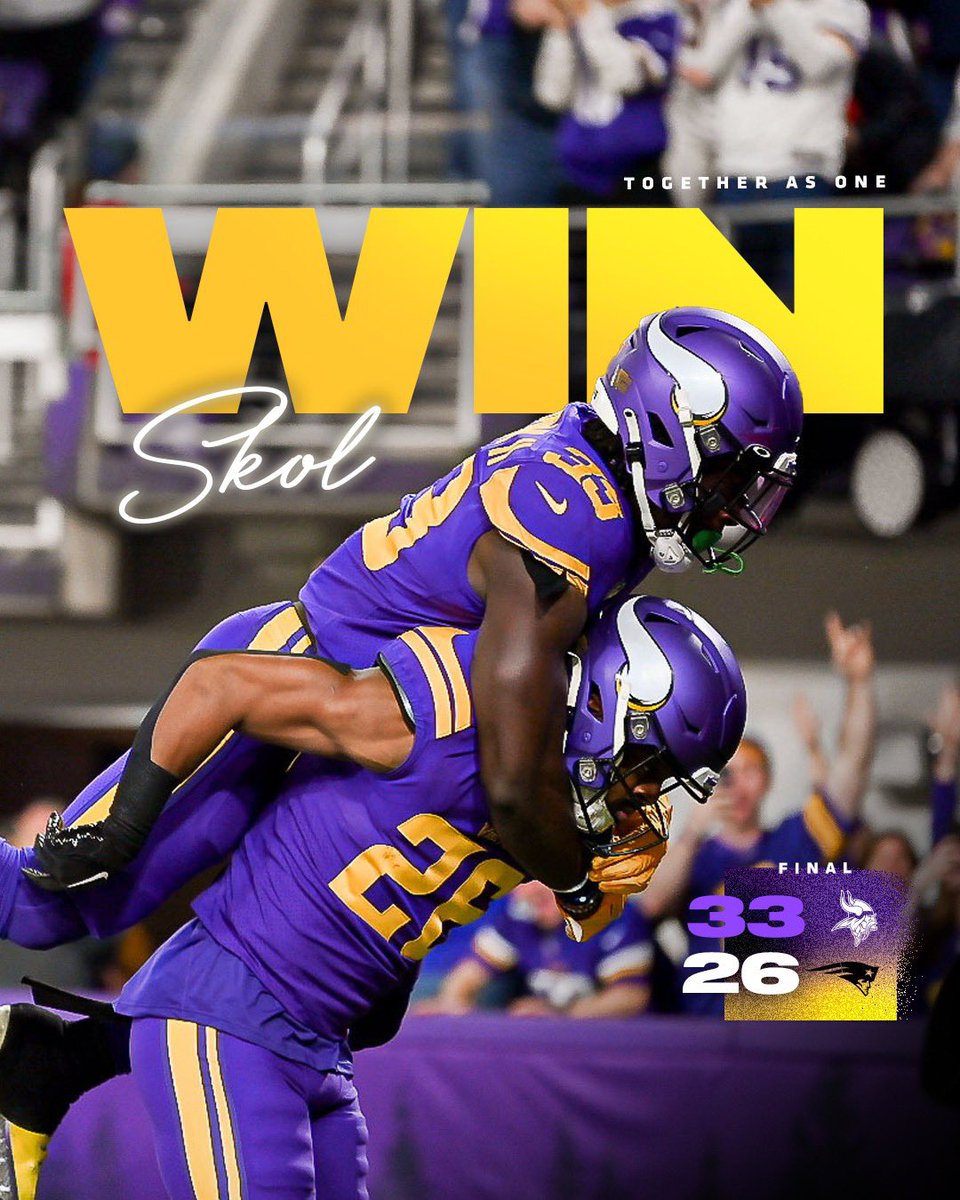 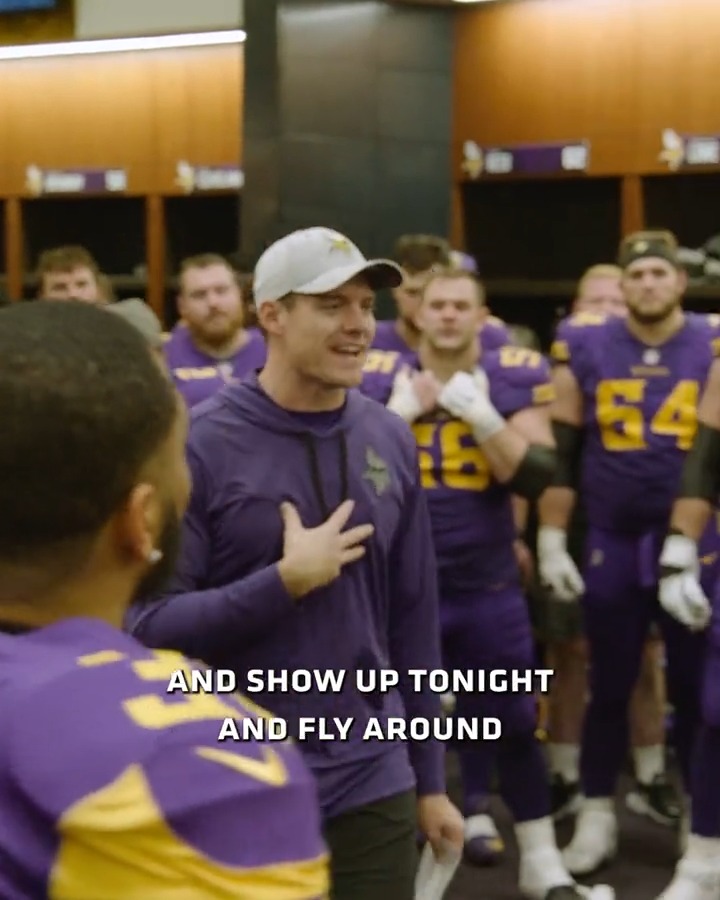 @AdamMKaufman
The #Patriots have been royally screwed on two calls in this game - one that resulted in a Vikings touchdown and one that removed a Pats TD. Unbelievable.
25 Nov, 03:25 AM UTC 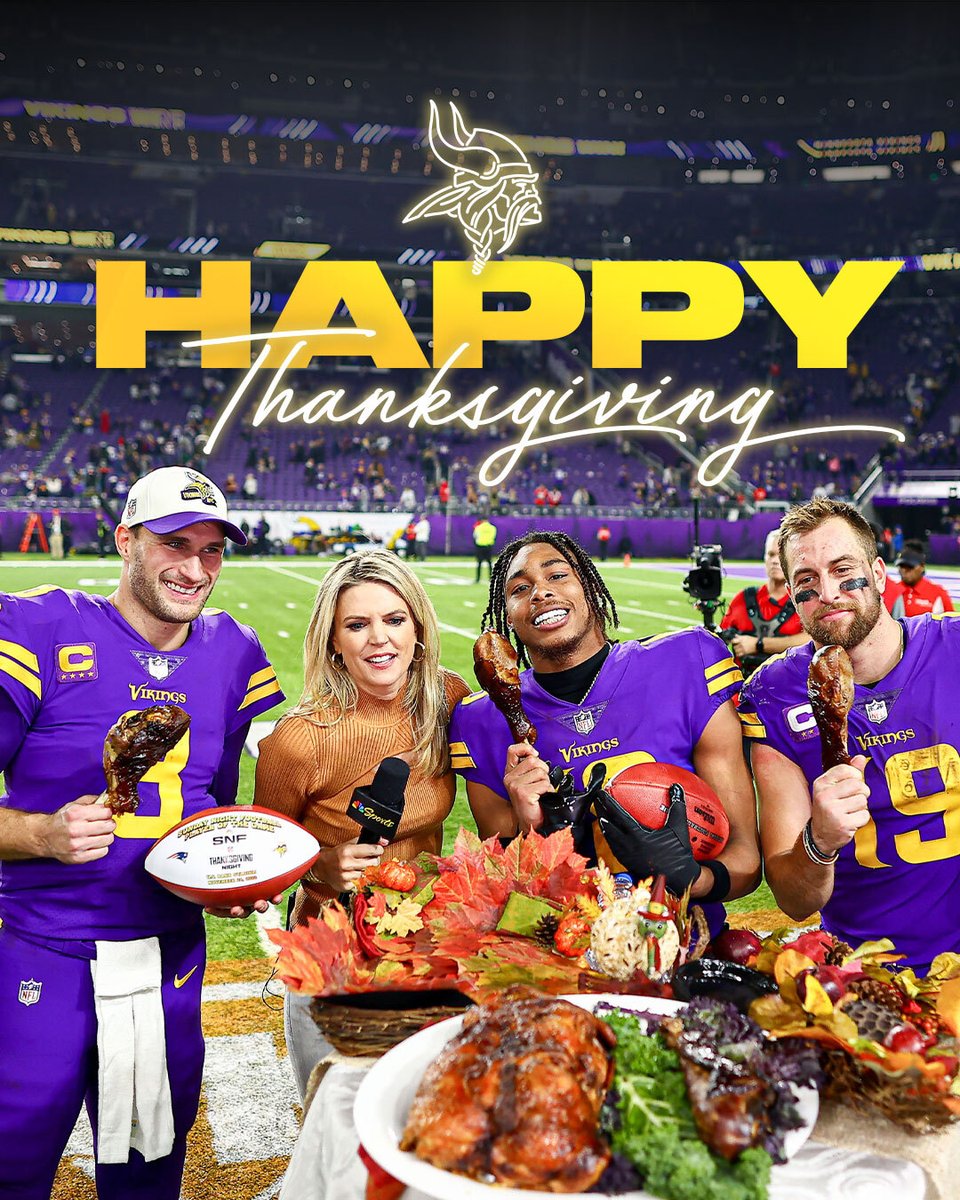 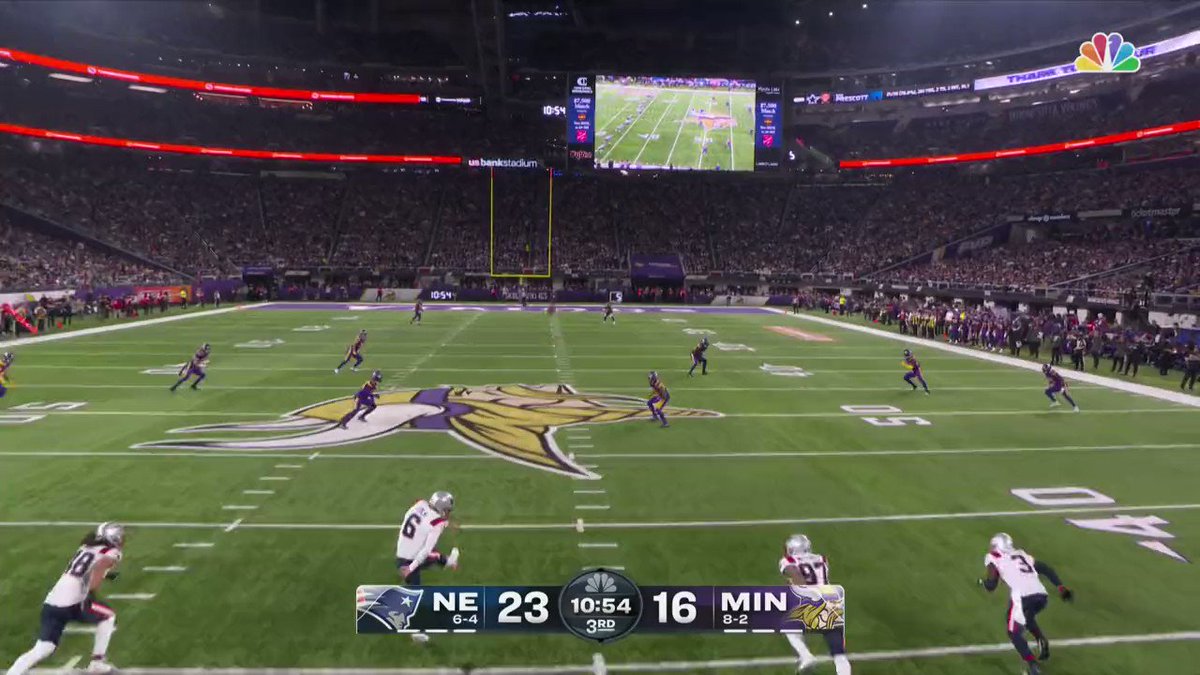 @CBSSports
Kirk Cousins and the Vikings win in primetime. @Vikings 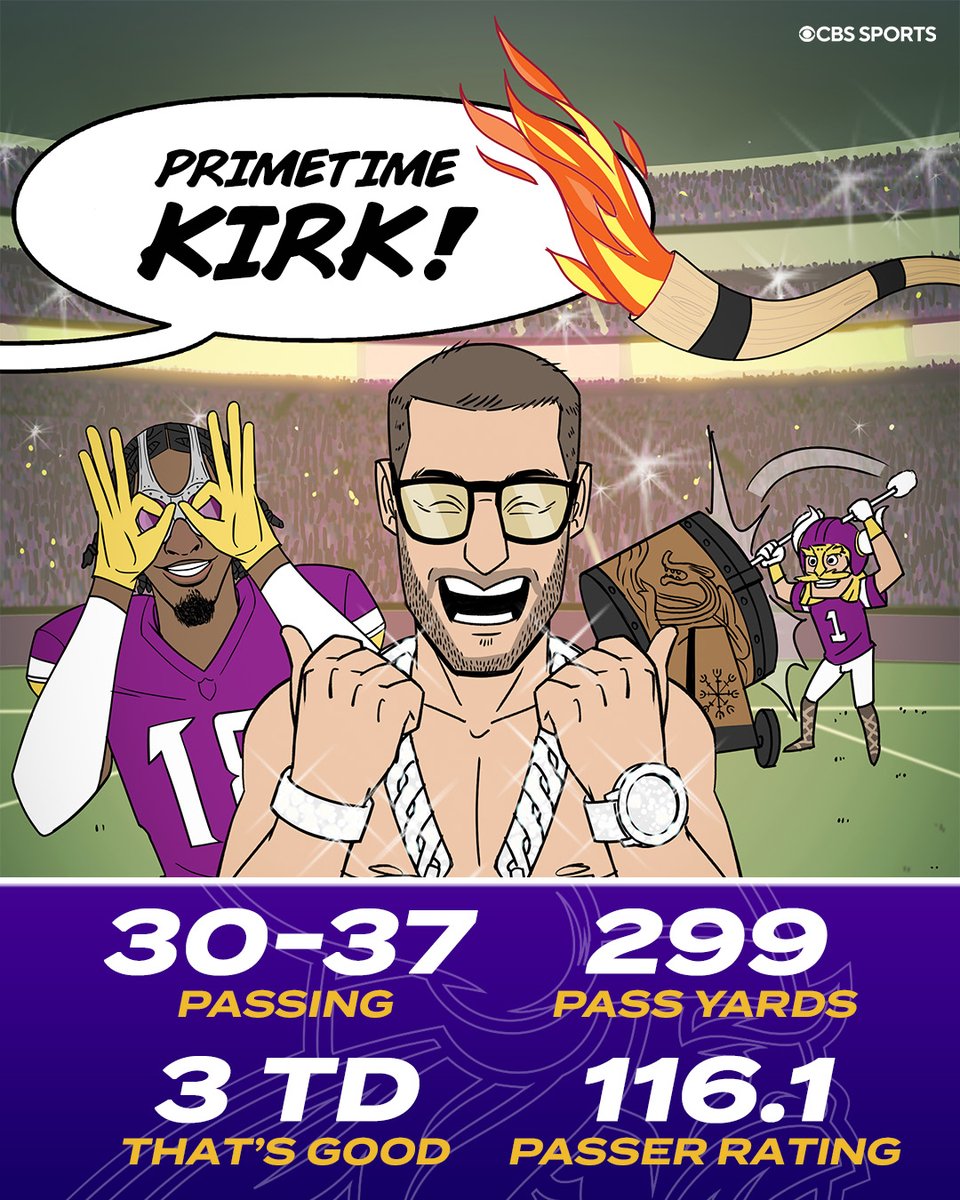 @KyleBrandt
I can’t stay mad at the Vikings. Love them too much: 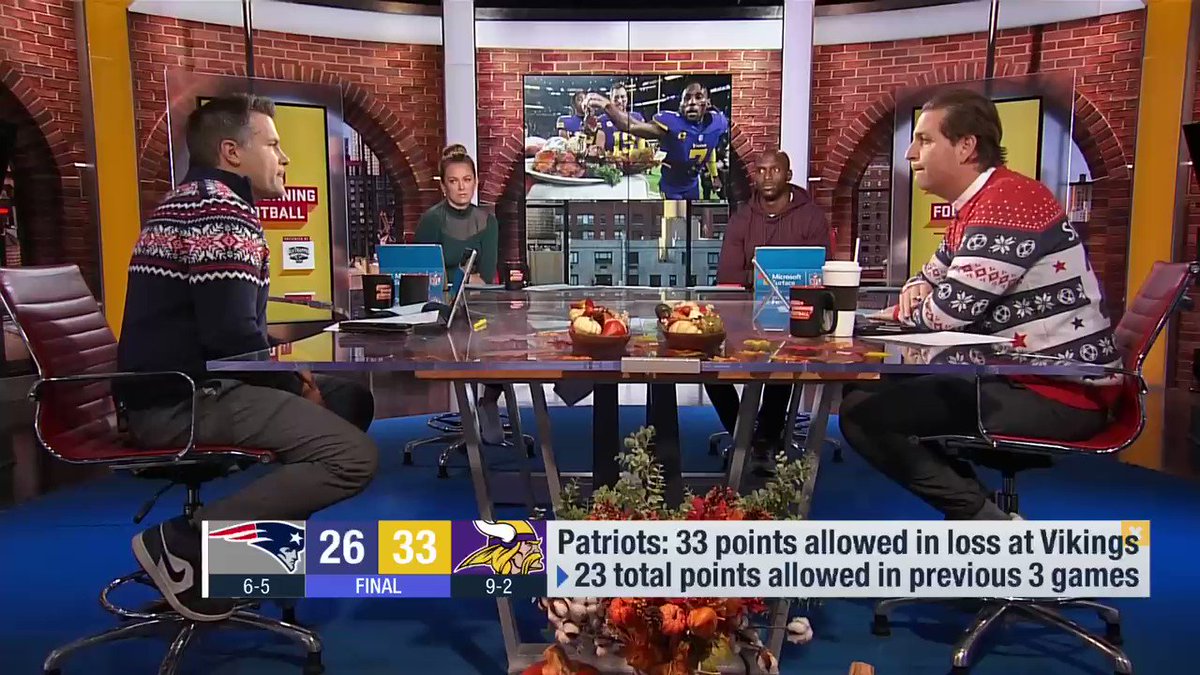 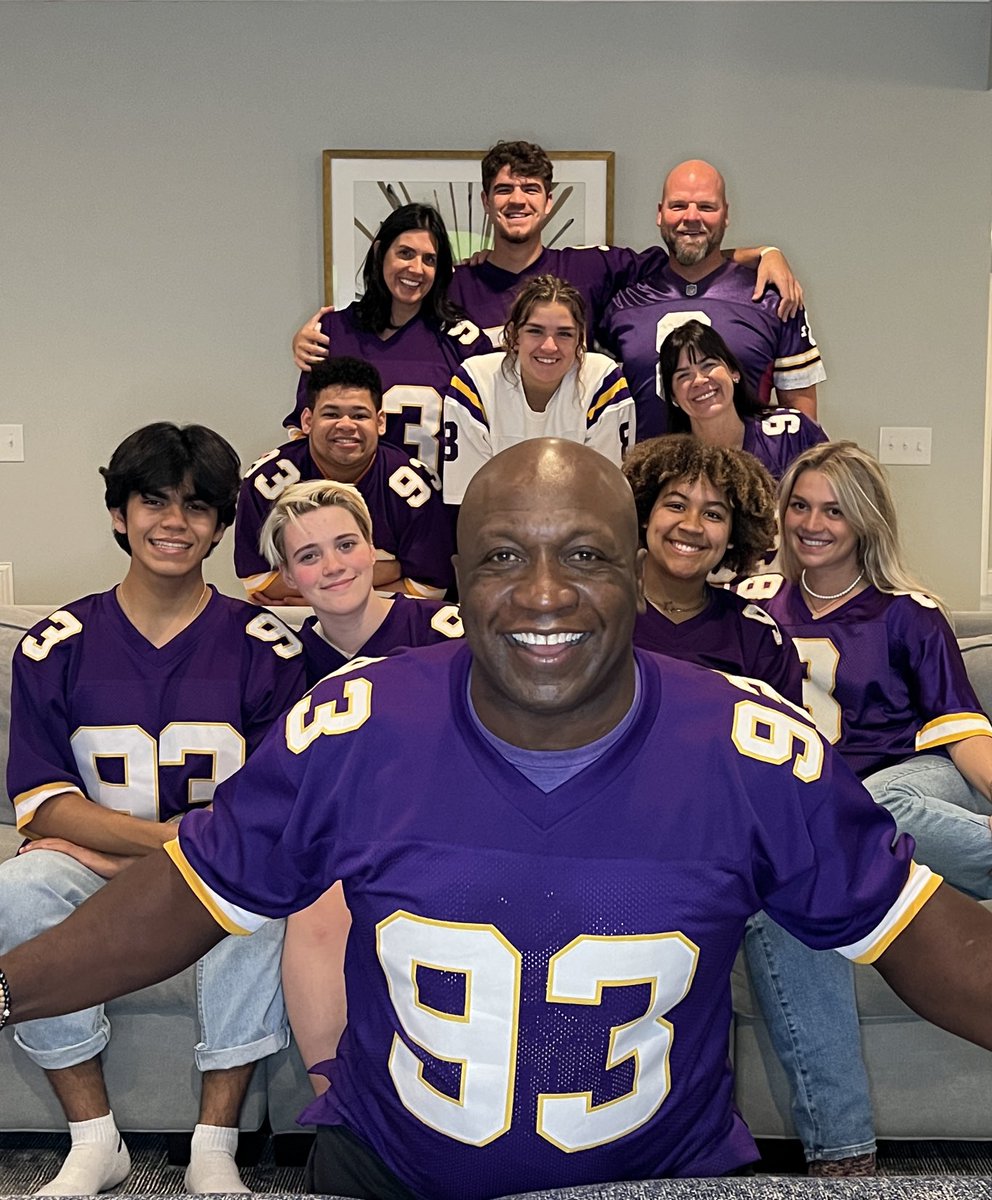 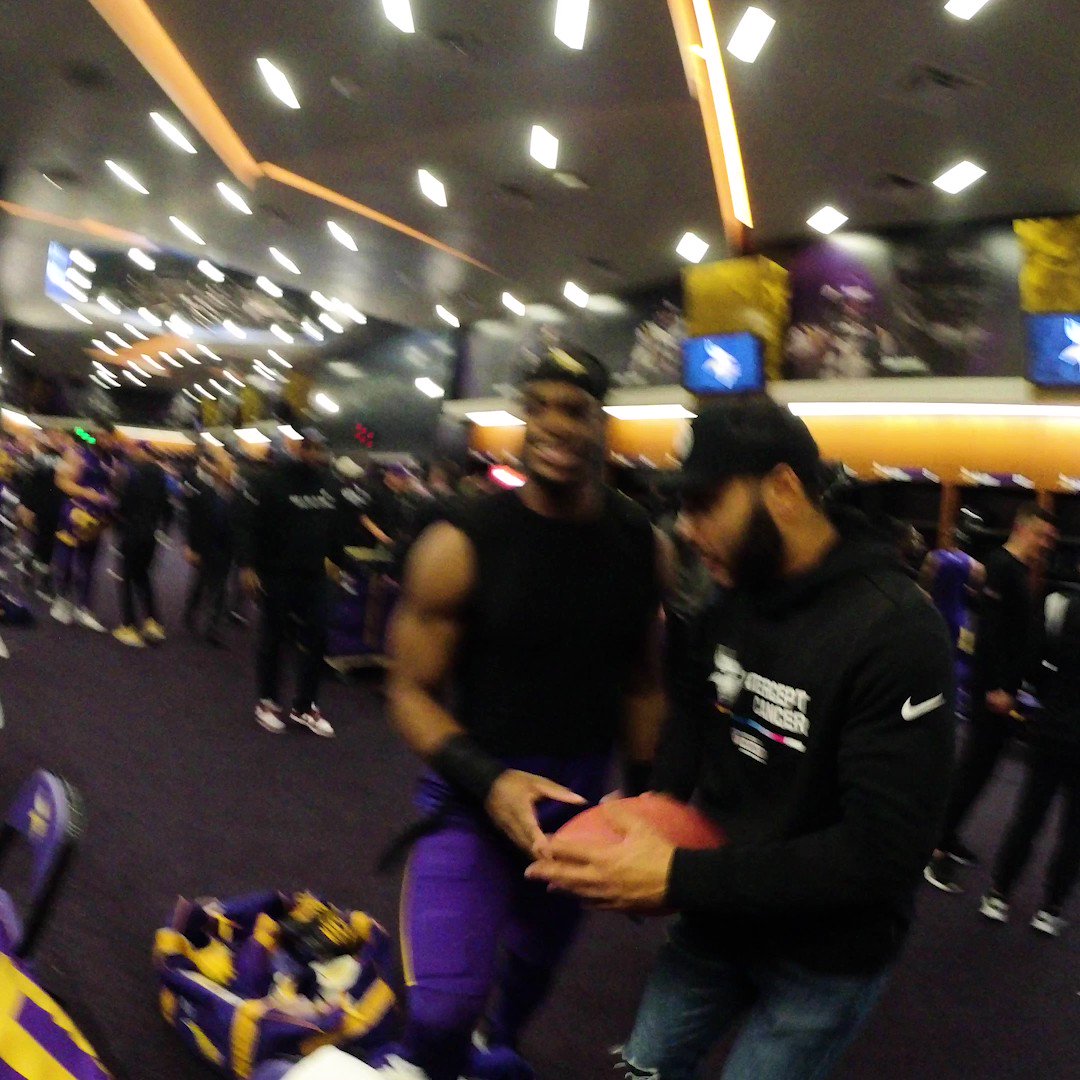 Sara Marshall
@smarshxo
The referees made sure the Vikings won this game and I’m sick
25 Nov, 04:23 AM UTC

@DomClare
After last nights game the Minnesota Vikings have played the 9th hardest schedule in the NFL per TeamRankings.
25 Nov, 06:22 PM UTC

Chris Tomasson
@christomasson
According to Pro Football Focus, #Vikings Patrick Peterson is now the NFL's third-ranked cornerback. Only ahead of him are Sauce Gardner and Isaiah Rodgers. His goal of making at least one more Pro Bowl/All-Pro could come to fruition this season.
25 Nov, 06:07 PM UTC

Zeke’s Spoon
@SpoonOfZeke
Are there 93 friends that can help @tyorkiv break 150? Big Vikings fan! Comment done so they don’t miss you! Thank you for following first!
25 Nov, 03:35 PM UTC

Ikebukuro
@IkebukuroIce
Fifa bans fans from dressing as crusaders - how should we feel when Scandinavians dress up as Vikings? Or doesn’t it work like that? https://t.co/eIMEyLkfDW
25 Nov, 02:28 PM UTC

Will Ragatz
@WillRagatz
All year long, Kevin O'Connell has come up to Kene Nwangwu at pregame meals with a question: "Is today the day?" It finally happened on Thursday night, as Nwangwu's third career kickoff return touchdown sparked the Vikings in their 33-26 victory. https://t.co/2IIm2qpYuJ
25 Nov, 06:34 PM UTC

Purple FTW! Podcast
@PurpleForTheWin
The #Vikings defense ain't the 2000 Ravens. They're not going to shut people down cold. That's why Donatell has to gamble more. Sacks and turnovers are the great equalizers. Blitz more, be more aggressive. You cannot just sit back and play coverage with this unit.
25 Nov, 07:12 PM UTC