Vogel is trending on Twitter. Popular tweets on Vogel.

@KendrickPerkins
People blaming Vogel for the lack of defensive effort is funny to me! You have a VETERAN ball club that are having multiple breakdowns on the defensive and offensively can’t get into sets to run some good offense. Can’t BLAME the Coach for that. That’s on your VETS! Period.
27 Nov, 07:08 AM UTC

@LakersReporter
Both Anthony Davis and Austin Reaves are available tonight. The Lakers are as healthy as they’ve been so far this season (Nunn/Ariza out). We’ll see how Vogel utilizes the guard spots especially, and where he can work Reaves in w/Westbrook, Bradley, THT, Monk and Ellington.
27 Nov, 01:52 AM UTC 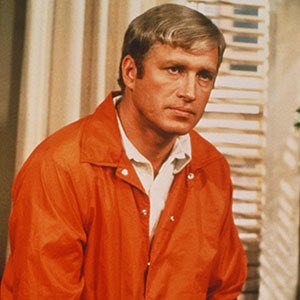 JP - The Wholesome Truth Teller of The Dunk Tales
@jay_pea619
You got Lebron…Russ…and Anthony Davis on the court… And you’re blaming Frank Vogel for 3 hall of famers not being able to run an offense cohesively 😭😭😭😭😭😭😭😭😭
27 Nov, 07:20 AM UTC

@hmfaigen
Austin Reaves has been cleared to play by the Lakers after nine games out, per Frank Vogel.
27 Nov, 01:47 AM UTC

Colb
@___Colb___
The Lakers needing double overtime to beat this Kings team should be the nail in the coffin for Vogel.
27 Nov, 06:12 AM UTC

Raj C.
@UnwrittenRul3s
Vogel has pretty much tied DJ & Bradley at the hip...basically due to the only defensive coverage you can play with DJ (drop) and Bradley fits as a POA guard there. The Lakers are a -18.6 with a 87.0 offensive rating when those two share the floor this year. It's unplayable.
27 Nov, 02:43 PM UTC

Michael Taylor
@eyelikehoop
Vogel is such an elite defensive coach, no one can stop LeBron James, Anthony Davis, and Russell Westbrook like him
27 Nov, 04:05 AM UTC

Ben Rosales
@brosales12
The “well Pelinka screwed up constructing this roster” line doesn’t really resonate for me as an excuse for Vogel. There’s a very clear way this team has to play — burn the nets on offense, have that energize their defense, and play fast and furious in transition. Vogel refuses.
27 Nov, 07:46 AM UTC

@TermineRadio
Funny to see the pressure mounting on Frank Vogel, as a "Top 76 player of all-time" plays like this in what is supposed to be his prime. https://t.co/JJutPAn5Td
27 Nov, 05:43 PM UTC

@hmfaigen
It’s not Frank Vogel’s fault this roster is flawed, but it can’t be argued that he has helped the situation much. And with little other levers to pull, if he’s not the solution, the Lakers may ultimately decide he’s the problem. https://t.co/Z2v9iojmFq
27 Nov, 05:58 PM UTC

Gary Riley
@garyoriley
Frank Vogel has lost whatever rhythm he had with the lakers. His time up
27 Nov, 06:31 AM UTC

@TheEconomist
Amos Vogel was born 100 years ago. His interest in film went beyond titillation or whimsy: he was serious about the possibilities of cinema as an expression of human freedom https://t.co/IGbTTS1ukb
27 Nov, 05:30 PM UTC

@sam_amick
Eight losses in 13 games. The league's seventh-worst net rating and 10th-worst defense. Four OT games in their last 11, and all with a soft schedule to boot. Yes, we have a few Lakers questions - starting with Frank Vogel's status - at @TheAthletic https://t.co/xkkHmOe3sw
27 Nov, 07:52 PM UTC

@KamBrothers
This is a pretty good summation of events by Harrison. It’s way too reductive to say Vogel is *the* problem, but I do think we’ve reached a point where it’s fair to wonder whether he’s *a* problem. AK https://t.co/pVnkSKQvcS
27 Nov, 06:59 PM UTC

xavier
@thexavierjoseph
@TheLakersReview the fire vogel stuff is dumb cause it goes from 0-100. he's been terrible with things but a lot of them are fixable. he's being to stubborn rn with certain ideologies but he shouldn't be fired imo.
27 Nov, 08:54 AM UTC