Vrana is trending on Twitter. Popular tweets on Vrana. 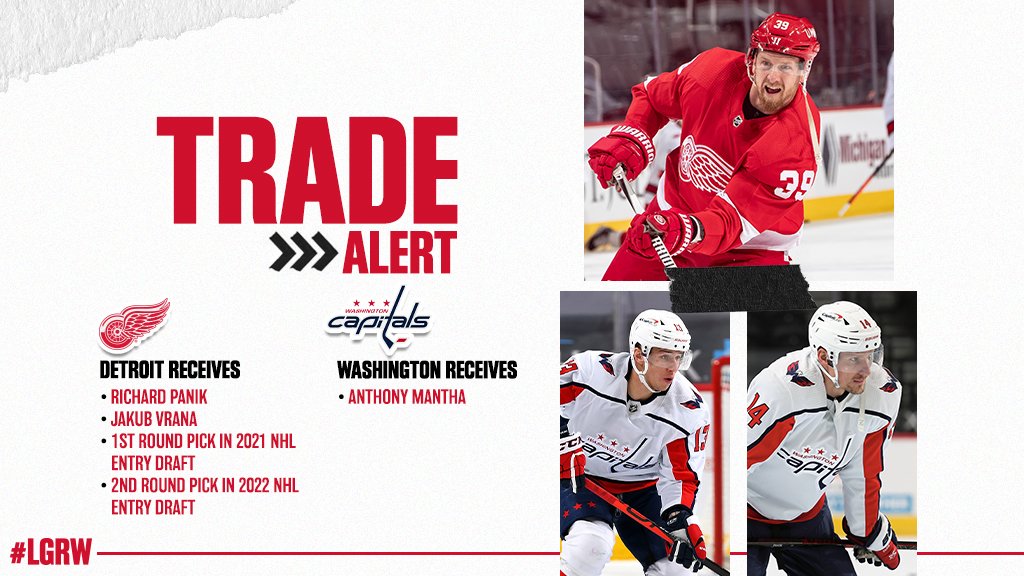 @Capitals
NEWS | The Washington Capitals have acquired forward Anthony Mantha from the Detroit Red Wings for forwards Jakub Vrana and Richard Panik, a 2021 first round pick and a 2022 second round pick.
12 Apr, 07:44 PM UTC

Ian Oland
@ianoland
I think we'll like the Mantha/Vrana trade long term, but this one stings. I feel like Barry Trotz and Peter Laviolette tried to make V something he wasn't and their stubborn view of system hockey robbed him of his joy for the sport sometimes. I hope he becomes a star in DET. 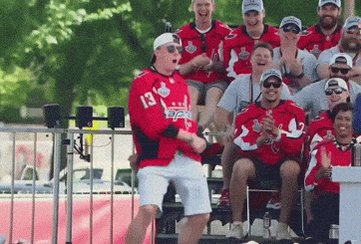 Rob Carlin
@RobCarlinTBD
Jakub Vrana will always have a place in #ALLCAPS history. He got them going with this goal in Game 5 in Vegas. His name is on the Cup forever. Never became a consistent, 200 foot player. But one of the nicest, happiest kids I’ve ever covered. Worked his tail off. Helluva legacy. https://t.co/R2g5vj34jp
12 Apr, 11:11 PM UTC

Daniella Bruce
@daniellabruce_
Vrana and Panik are expected to practice Wednesday and be available to play on Thursday. #LGRW
12 Apr, 08:42 PM UTC

Jason Rogers
@HeyJayJRogers
Jakub Vrana is going to be a superstar. He also gave one of my favorites quotes ever -- a tale of ice cream's siren song and the stern remediation of Brooks Orpik's scathing sarcasm. https://t.co/pKhSah5I9g
12 Apr, 08:06 PM UTC

@BombulieTrib
Am I crazy to think Vrana is a better player than Mantha?
12 Apr, 07:37 PM UTC

noah hockey stick emoji
@capsboybebop
Hello Wings! I have been following your team for the past two days, and have come to the conclusion you do not deserve to have Vrana in your organization. He is my comfort player and seeing him in an environment not meant for him brings me anxiety, so I will be expecting a repl
12 Apr, 07:40 PM UTC

Rob Carlin
@RobCarlinTBD
Love the move. #Caps gave up a lot. But Vrana doesn’t play the style that Laviolette demands. Mantha is a big, talented offensive weapon. Size plays in the spring. Makes them a tougher, more physical team. Going for it!
12 Apr, 07:48 PM UTC

jan (jakbub's dad)
@lesbijans
You had the audacity to separate Vrana and Vitek, absolute best friends. Vrana who helped Vitek learn English and get acclimated in The States and translated for him in early interviews. You broke that up. [Sobbing noises] https://t.co/5lgDtj2n6A
12 Apr, 07:47 PM UTC

Rhys Jessop
@Thats_Offside
Anthony Mantha is one of the league’s more underrated wingers. Really like his skill and scoring ability. Getting Vrana (an excellent player in his own right) plus quality futures is great aggressive rebuilder work by Yzerman.
12 Apr, 07:35 PM UTC

Sammi Silber
@sammisilber
My favourite Jakub Vrana memory was when he came into the locker room after skating an extra hour, smiled, dribbled a basketball in full gear and said "I'm a globetrotter" and then talked to me about how he excelled as one of the young guys in the game. Best of luck, No. 13.
12 Apr, 09:31 PM UTC

@m_bultman
NEW: What the Anthony Mantha trade means for the Red Wings, and hot they could see real upside from it down the line: https://t.co/sNy09oMFQT
12 Apr, 11:04 PM UTC

Matt 🇴🇲
@mattybalonso
@spittinchiclets Ok, so the Mantha deal isn’t as bad as people are making it out for The Caps. The 1st is in an already weak but now also unpredictable class. The 2nd is comp for taking Panik’s contract off the books. Vrana also is pending RFA and prob wants a fuck ton more than the caps can give
12 Apr, 08:28 PM UTC

Cole
@colejmoron
How Jakub Vrana getting on the plane to Detroit https://t.co/vzuYhXnhq2
12 Apr, 07:37 PM UTC

Tony Wolak
@TonyWolak
Living in DC, I’ve seen a lot of Jakub Vrana over the past few years. To me, this stands out the most. Look familiar? #LGRW https://t.co/KPLDQQRGmz
12 Apr, 08:28 PM UTC 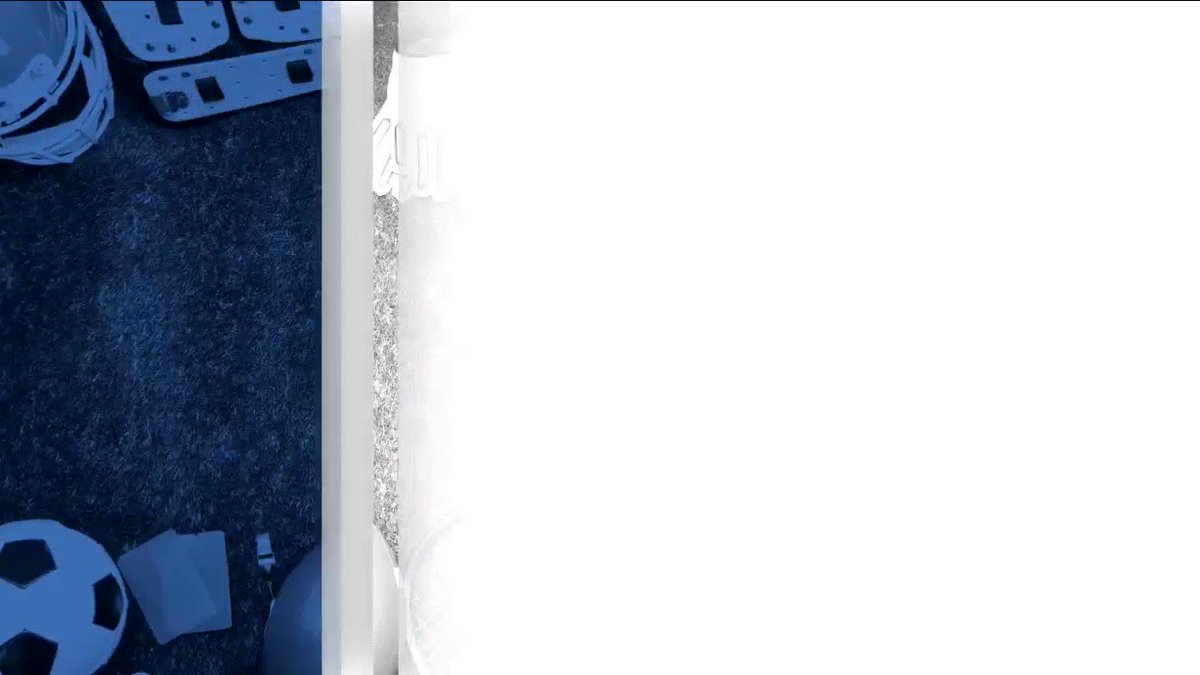 𝓕𝓾𝓵𝓵𝓮𝓻𝓢𝓩𝓝
@Sad_DC_Fan
My friend just jakub vrana was the most consistent player on the caps https://t.co/QqrCMbeCJe
13 Apr, 01:38 AM UTC

The Fantasy Hockey Bros
@FntsyHockeyBros
Jakub Vrana heads from a great team to a poor one. The Red Wings though, will be able to provide Vrana with loads of opportunity, something he wasn’t getting much of lately in Washington. He only has 4 points in his last 12 games. That will improve moving forward. #LGRW https://t.co/tCobSkJf6g
13 Apr, 01:36 AM UTC