@mrjamesob
The Honiton & Tiverton result is stunning, Wakefield gratifying. Apart from the obviously delusional & besotted, it’s hard to see how anyone can continue to defend Lebedev’s lawbreaking lapdog by lying about vaccines or pretending that any other PM would have helped Ukraine less.
24 Jun, 06:51 AM UTC

@RhonddaBryant
Politics rarely delivers unequivocal moments. Yesterday was one such. Labour achieved a much bigger swing in Wakefield than even we thought possible and the Tories were still briefing they might win in Tiverton yesterday morning. Voters dealt Johnson a decisive blow.
24 Jun, 07:05 AM UTC

@BestForBritain
💥Sky correspondent in Wakefield cannot get any local Tory MP to come on, but did get this quote: "PM is being kept in power by two groups of MPs: first, those desperate to keep their ministerial positions, and second, the incurably stupid who still think he's a vote winner." ~AA
24 Jun, 12:20 PM UTC

Parody Boris
@Parody_PM
The voters of Wakefield and Tiverton have sent a clear message and I am determined to listen. The message I’m hearing is “please cling to power for as long as possible and continue to wreck the country and your party”.
24 Jun, 10:24 AM UTC

@Keir_Starmer
Wakefield’s win will go down in history, @SimonLightwood. I’m so proud of our Labour Party and the changes we’ve made to be a government in waiting. 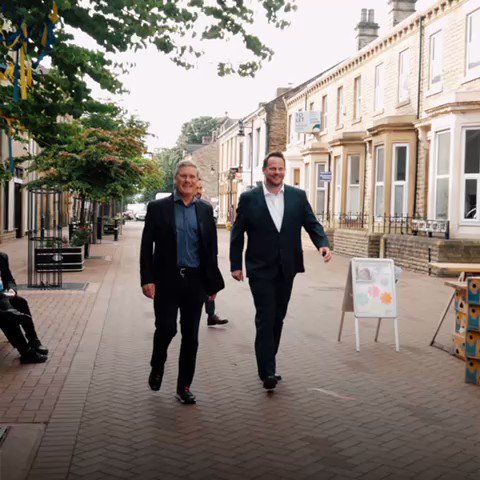 Patrick O'Flynn
@oflynnsocial
Lab got 8,000 fewer votes in Wakefield than it got in its 2019 defeat. Lab is not surging. There is no enthusiasm for Starmer's party. That's actually good news for the Tories. Their key problem is that a big swathe of Tory-leaning voters are currently on strike.
24 Jun, 10:20 AM UTC

@THEJamesWhale
I thought it would be interesting to point out that Labour lost their deposit in Tiverton and Honerton and the liberal democrats lost theirs in Wakefield.
24 Jun, 12:31 PM UTC

@PaulBrandITV
“The Tory party is absolutely imploding” says Keir Starmer as he arrives to celebrate Labour’s success in Wakefield.
24 Jun, 07:12 AM UTC

@JohnRentoul
To be brutal, Labour’s win in Wakefield by-election was not good enough to put Keir Starmer on course to win next general election
24 Jun, 08:05 AM UTC

Harri HM 🏳️‍🌈 #FBPE #StarTrek. #JohnsonOut
@harriuk
Thank you #TivertonandHoniton and #Wakefield for showing the rest of us what to do! Do not come for our Human Rights #ECHR #RightsRemovalBill Do not come for our Workers Rights We are ready for your Election! Bring it on Not done a #FollowBackFriday before. Today is a good day
24 Jun, 06:49 AM UTC

Simon Lightwood MP
@simonlightwood
🧵I just want to say thank you. Thank you for putting your trust in me to be your Member of Parliament. This has been a historic result for Wakefield and for Labour, with a swing not seen for Labour since we were last in Government. https://t.co/33XCbHXMuR
24 Jun, 08:48 PM UTC

@tomhfh
Wakefield’s new MP Simon Lightwood out and about with Sir Keir Starmer this morning. Think we have a right to know when he left isolation, given that on Tuesday I was told he was isolating with Covid. Strangely hasn’t been referred to at all on any of his social media accounts.
24 Jun, 07:36 AM UTC

@DavidLammy
Huge congratulations to @simonlightwood on his thumping win. He will be a fantastic voice for the people of Wakefield🌹 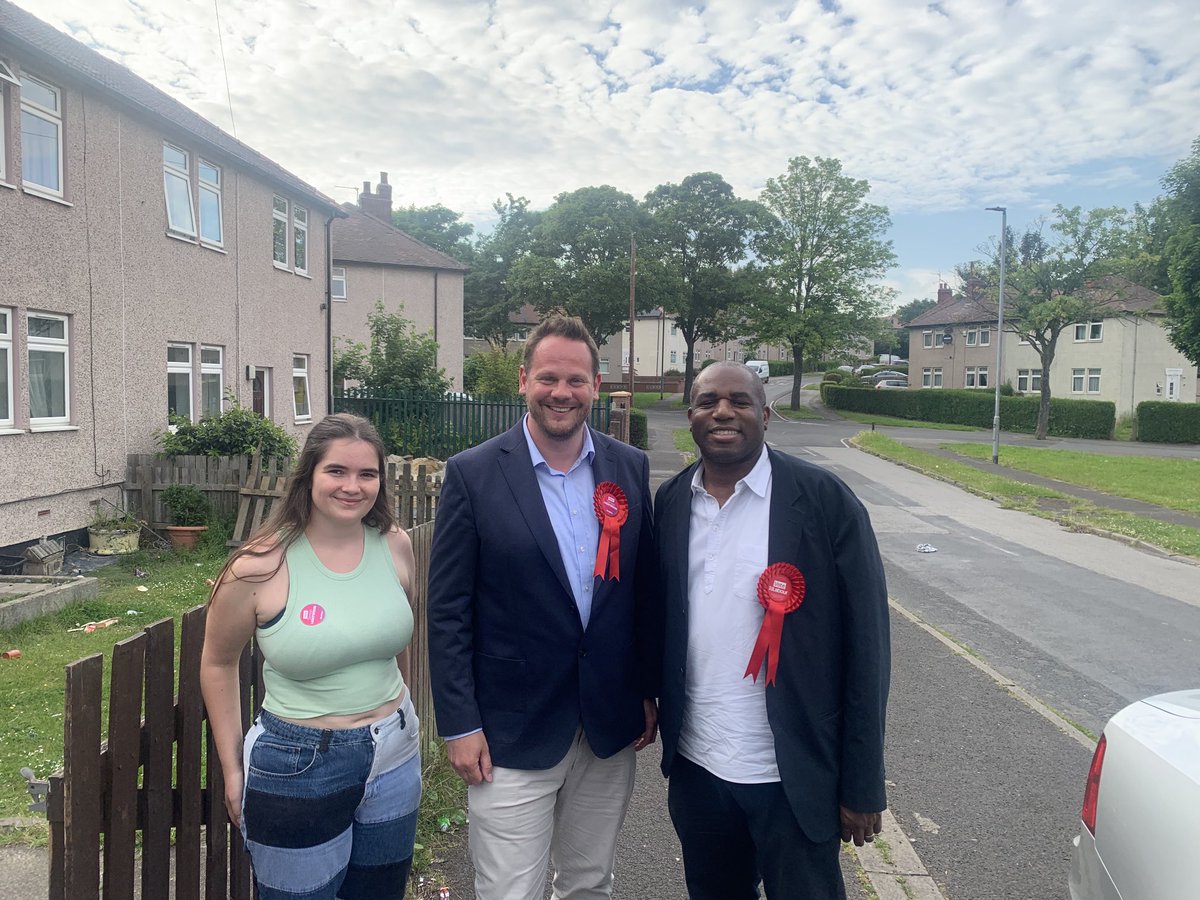 Chris Bunch
@Alfiebengal
Oliver Dowden campaigned to remain in the EU. Could that be why he selected a remainer for the Wakefield election? Ridiculous given that Wakefield is a firmly leave constituency. He's gone before he was pushed.
24 Jun, 10:07 AM UTC

@PippaCrerar
A buoyant Keir Starmer says people of Wakefield “voted no confidence” in Tories while Labour showed them it has “laser-like focus” on issues that matter. (TV clip in bustling crowd much better way of showing energy/ confidence than some of his previous) 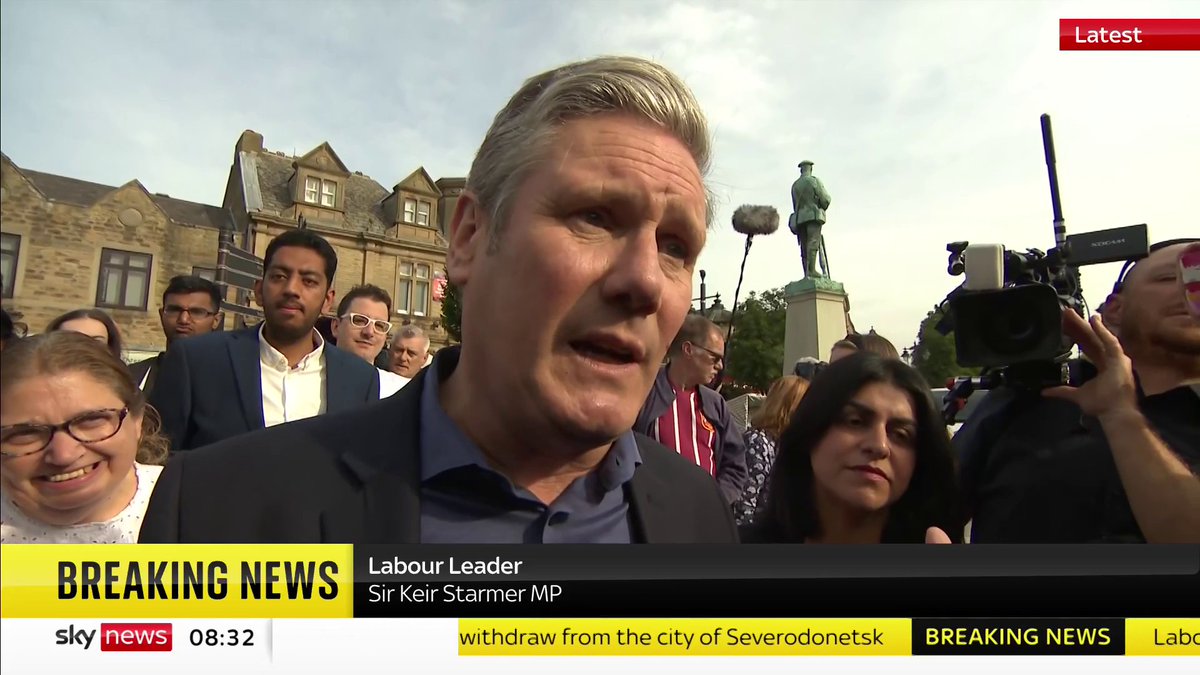 King Arthur
@Antipolluters
WHY DOWDEN had to go! 1. Wakefield Dowden ran the Tory campaigns. In Wakefield he imposed a remain candidate rather than the local party choice - who stood as IND and came 3rd after official Tory with 7.6%, and MP's refused to campaign. https://t.co/sSy7hcB3ea
24 Jun, 12:21 PM UTC

🇺🇦 Lord Sir Jon of R 🆗
@anataboga
@Haggis_UK But @SuellaBraverman there wasn't a "pact" was there?! A pact would be Labour not standing in Tiverton & Honiton and Lib Dems not in Wakefield. But both stood up candidates. What happened is the VOTERS exercised their democratic right to vote tactically to Get The Tories Out.
24 Jun, 06:57 PM UTC

Paul. B Runo Always European #FBPE #JohnsonOut
@RunoPb
@THEJamesWhale Labour lost its deposit in Tiverton and won Wakefield on a decent swing. Lib Dems lost their deposit in Wakefield and won on a huge swing in Tiverton. This is industrial scale tactical voting, and it's a big deal because this will destroy the Tory party. Thank god.
24 Jun, 05:39 PM UTC

KizzyDaze 🏳️‍🌈 🇺🇦
@KizzyDaze
According to Boris Johnson, the Wakefield and Tiverton & Honiton bi-election results have been "a reflection of many things." Here is @PeterStefanovi2 explaining for poor BJ, how those "many things" all lead back to...Boris Johnson. https://t.co/K3Ku1UyNLw
24 Jun, 09:05 AM UTC