Wolverines is trending on Twitter. Popular tweets on Wolverines.

@marchmadness
WOLVERINES ARE FOR REAL 〽️ No. 7 Michigan stays undefeated after taking down No. 9 Wisconsin! #GoBlue 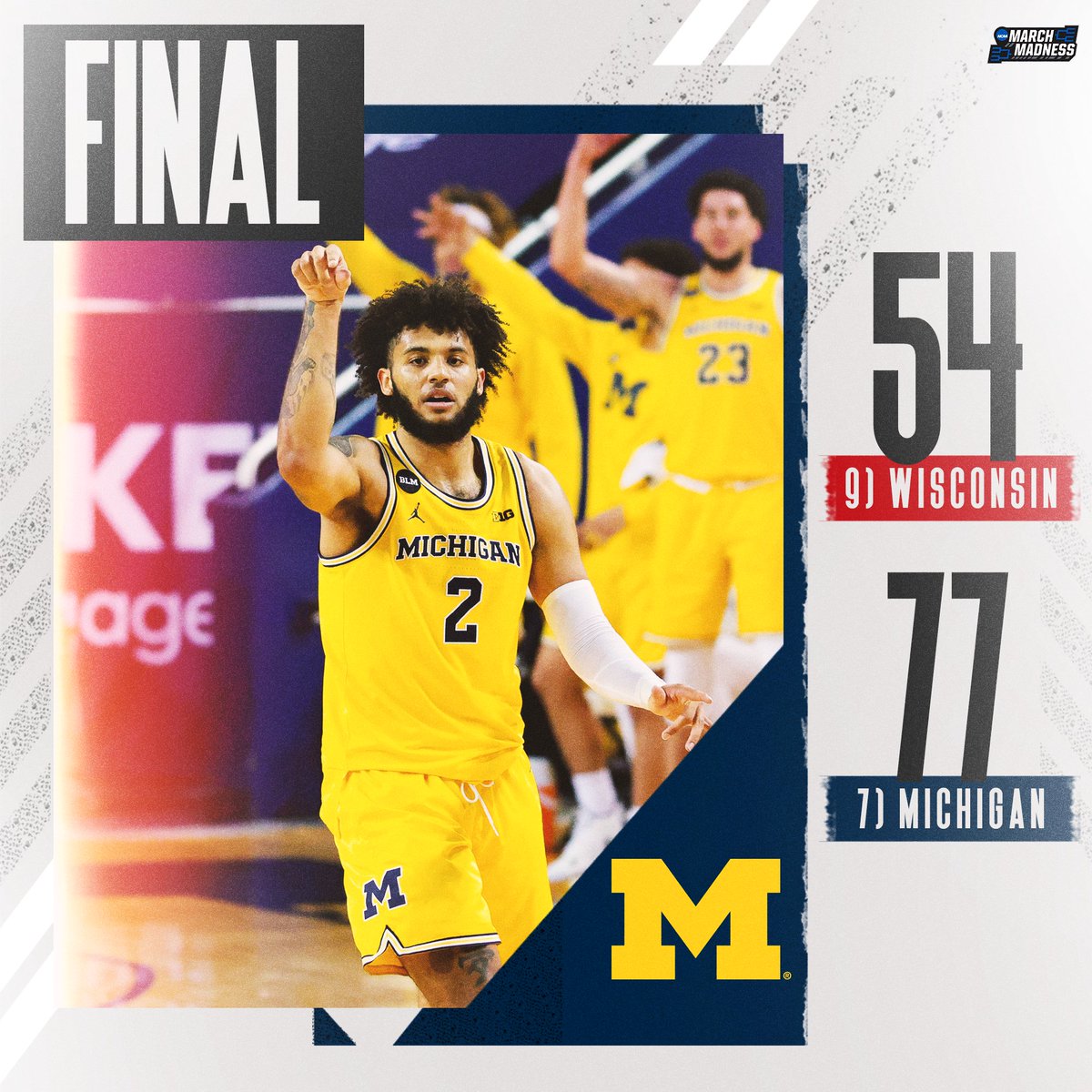 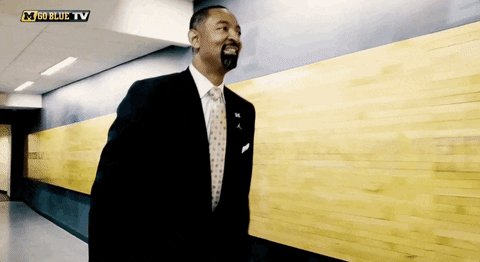 basketball school forever
@AceAnbender
michigan is beating wisconsin's ass so bad that dan dakich is just yelling names of former wolverines while i pump my fist
13 Jan, 01:35 AM UTC

@umichwbball
Wolverines up to 1⃣2⃣ in this week's USA Today Coaches Poll. #goblue 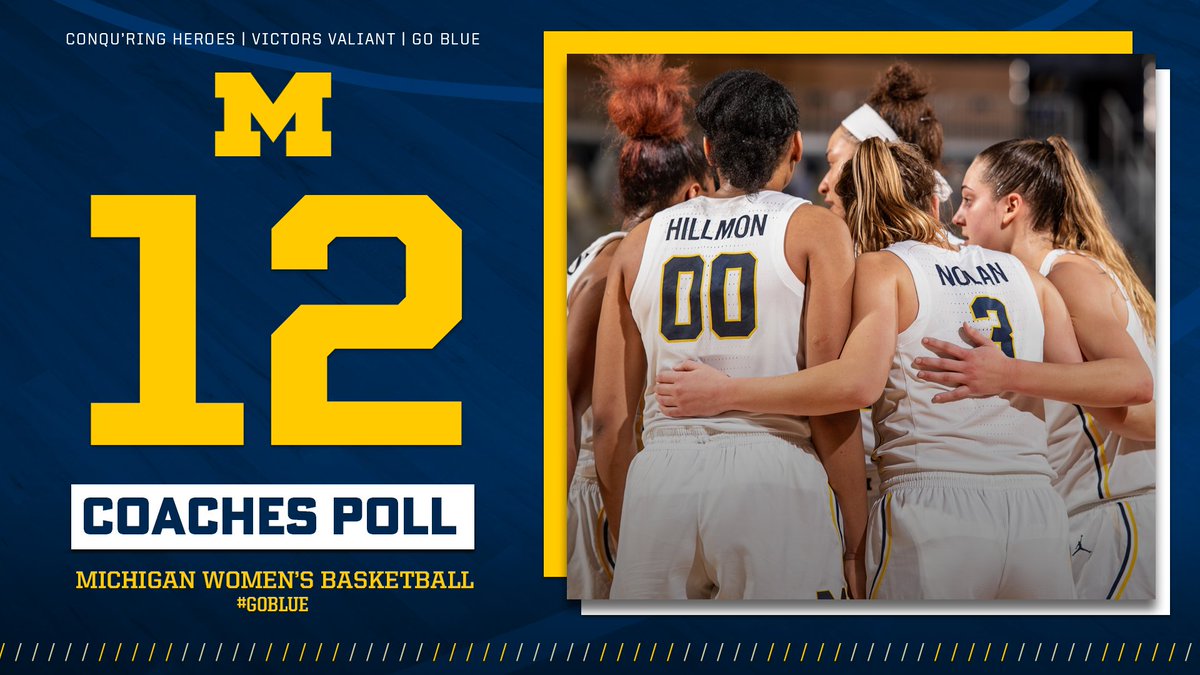 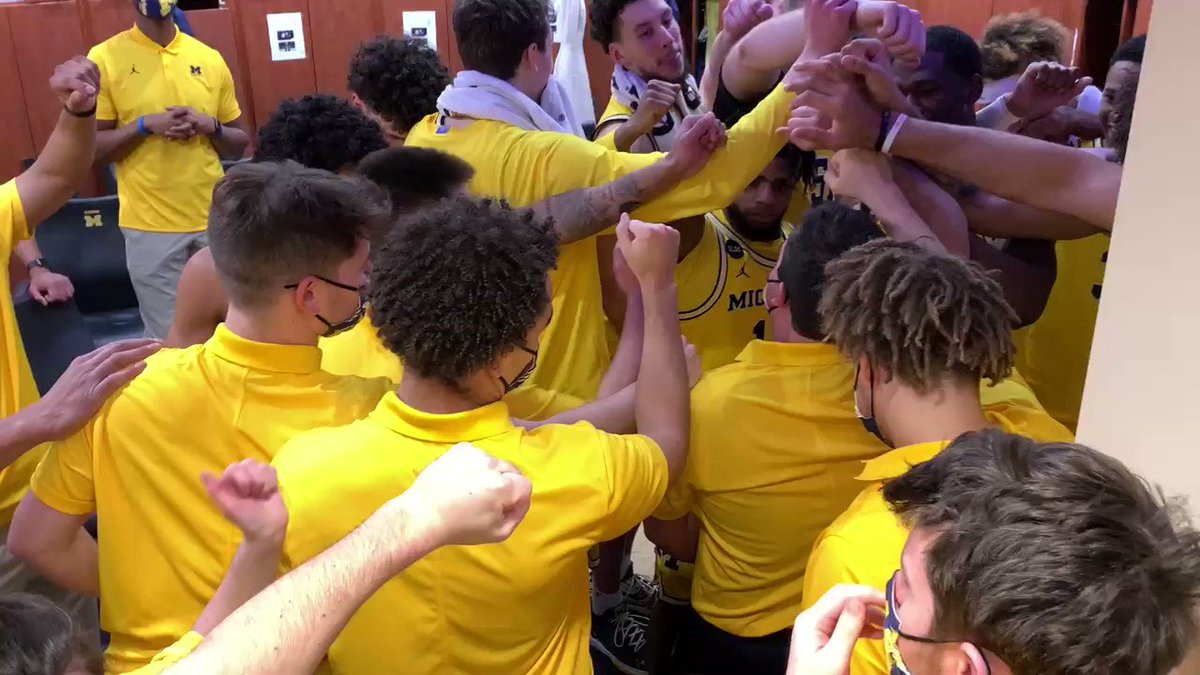 LAbound
@LAbound2
This isn’t the most talented team I’ve seen in Ann Arbor. However, the glorified practice Michigan conducted against Wisconsin may be the most complete performance I’ve seen from the Wolverines in 25 years on a basketball court given the competition level. It was that good.
13 Jan, 01:50 AM UTC

Clayton Sayfie
@CSayf23
Not a bad night for Michigan. The Wolverines are now the only team in college basketball history to beat three-straight ranked opponents by 19+ points. #GoBlue https://t.co/e3oOn557Y1
13 Jan, 02:04 AM UTC

@AndrewKahn
Welp, this Michigan team is something else. Another blowout against a good team where the final margin, while large, undersells Michigan's performance. Wolverines led by as many as 40 in this one. https://t.co/aR2FHh9hh1
13 Jan, 01:59 AM UTC

@TremendousUM
Thanks to @KFlaherty247 for pointing this out, but @CoachDManning was ahead of the curve on saying this Michigan team could be special: https://t.co/4iuLYLvntu
13 Jan, 12:55 AM UTC

@freepsports
Instant takeaways from Michigan basketball's demolition of No. 9 Wisconsin, from @orion_sang: https://t.co/EYhkgfP6H3 .
13 Jan, 02:01 AM UTC

@theblockm
For more on the Wolverines' most impressive win of the season: https://t.co/PfHMfVB9Gi
13 Jan, 01:58 AM UTC

PACS Boys Basketball
@pacsboysbb
JV FINAL: 50-45 After being down majority of the game your Wolverines completed the comeback. JV gets the win over LCA. Varsity plays next @ 7:30! #GREAT2BAWOLVERINE https://t.co/G6GJUI58Cl
12 Jan, 11:34 PM UTC

TheWolverine.com
@TheWolverineMag
Michigan put the BEATDOWN on a top 10 Wisconsin club tonight, winning 77-54 (it led by as many as 40 at one point). The Wolverines are now 11-0 and remain atop the Big Ten standings. https://t.co/xxPYQGGVRg #GoBlue https://t.co/tL5Smy6QMX
13 Jan, 02:07 AM UTC

@TheBadgerNation
FINAL: No.7 Michigan 77, No.9 Wisconsin 54. #Badgers score 25 points in the last 10 minutes to make it somewhat respectable, but the Wolverines exposed a ton of flaws in an absolutely dominating performance.
13 Jan, 01:49 AM UTC

Mike Lucas
@LucasAtLarge
As hungry as the Wolverines were to make a statement & validate their unbeaten start, Rutgers might be even hungrier on the heels of losing 3 straight and 4 of last 5. Should be a good test of UW’s poise, resiliency and senior leadership on the road esp coming off blowout loss
13 Jan, 02:07 AM UTC

@_ZachShaw
Final stats from tonight's game. Wisconsin closed the game on a 25-8 run, and it didn't even come close to mattering. Near-flawless showing for the Wolverines. 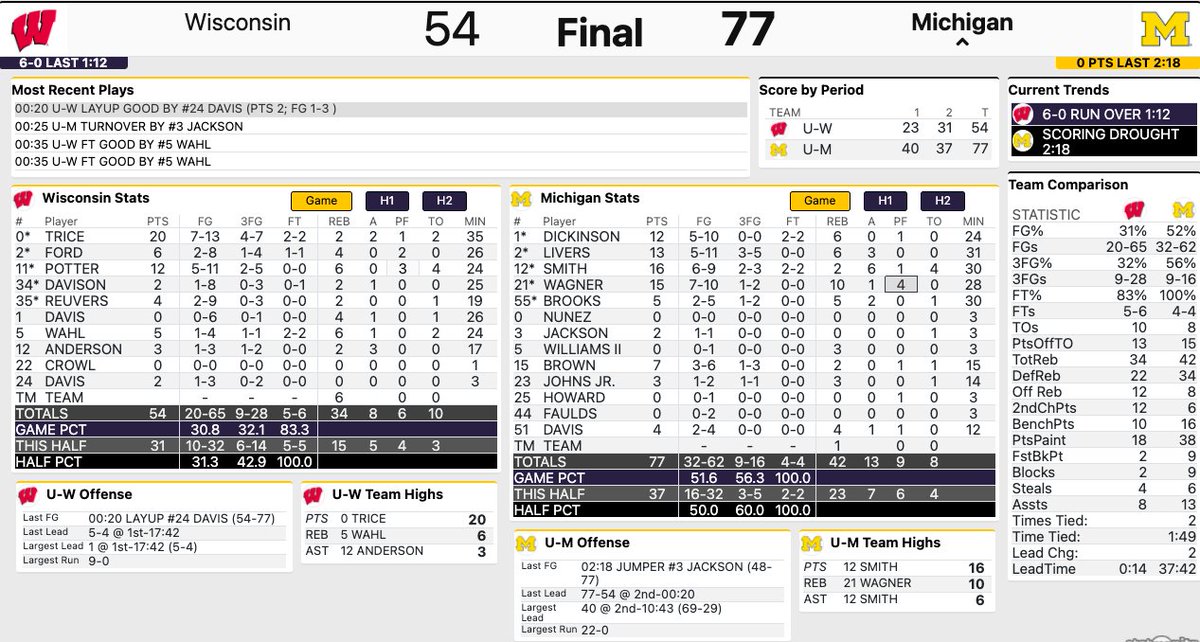 @TheBadgerNation
Wisconsin does little right to slow a red-hot Michigan team, as the Wolverines stay undefeated after a 77-53 victory over the Badgers. A look at the game in the Stat Pack https://t.co/LQhhhneeZm
13 Jan, 02:02 AM UTC

PACS Boys Basketball
@pacsboysbb
FINAL: 62-49 WOLVERINES COMPLETE THE SWEEP! Great team effort tonight against LCA as we get back into the win column! We were led in scoring by: Will Elrod 21 points Robert Skaggs 14 points Josh Britt 13 points off the bench @KyleSandy355 @scoreatlanta #GREAT2BAWOLVERINE https://t.co/ueSWi9NrgH
13 Jan, 02:13 AM UTC

Jeffrey Hooker
@JeffmChicago
@BadgerMBB Just one of those games. Congrats Wolverines. For real. What a team. GoBadgers!
13 Jan, 02:09 AM UTC