Wondo is trending on Twitter. Popular tweets on Wondo.

@MLS
WONDO!!! IT'S WONDO IN THE 97TH MINUTE WHAT IS HAPPENING!!! #SKCvSJ // @Audi #MLSCupPlayoffs 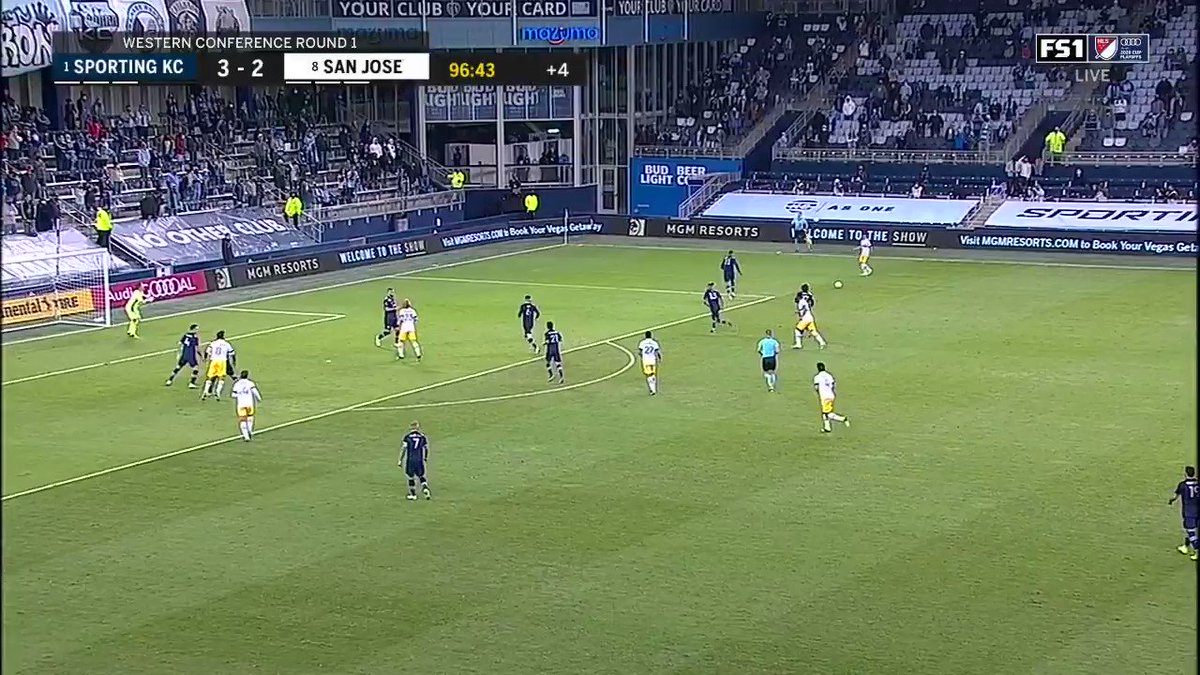 @TheAthleticSCCR
LEGEND OF WONDO CONTINUES 🔥 "I definitely have a competitiveness problem. I just love playing. I do have that passion and joy." 🎥 @MLS

@samstejskal
For a few minutes, it looked like Chris Wondolowski would finally get to be a playoff hero. Then another all-time underdog stole the show. On Tim Melia, Wondo and a wild finish between Sporting Kansas City and San Jose: https://t.co/Dd0JJ4smAa
23 Nov, 02:59 AM UTC

Eric Santiago
@SaintTaco707
I will say this, @SJEarthquakes ownership, I want to see Wondo and this club be a playoff contender and hopefully a MLS Cup Winner nxt yr. We need you to spend more this off-season! I want to see Wondo riding off into the sunset with a cup! Please the fanbase begs you! #Quakes74
23 Nov, 01:56 AM UTC

Alex Morgan
@quakes_talk
Wondo adds that he wants clarity on what the Quakes are going to do to “become a contender every year” before he re-signs. Both him and Almeyda have put some subtle pressure on Jesse Fioranelli and John Fisher tonight. #Quakes
23 Nov, 01:09 AM UTC

Quakes Epicenter
@QuakesEpicenter
Wondo has earned the right to do whatever he wants next year, even if it means playing for another team. But I hope that ownership hears his message loud and clear, especially since he has *always* stood by the club no matter what. https://t.co/o6wUUkYhTk
23 Nov, 02:26 AM UTC

@JeffreyCarlisle
Worth repeating this. It was @ElliottAlmond of the @MercSoccerNews who broke the Wondo news earlier this week. https://t.co/ps9VjOnLjc
23 Nov, 12:22 AM UTC

Paul Holocher
@HolocherPaul
Wondo is such great player, and legendary competitor. I’m still amazed, that even after all these years, how many center-backs simply allow him to drift off their back shoulder. That’s where he goes and how he scores.
23 Nov, 03:41 AM UTC

Geoff Lepper
@quakesbeat
I'm still at a loss how Wondo doesn't get an opportunity in the shootout.
23 Nov, 03:38 AM UTC

JMoore Quakes
@JmooreQuakes
Everyone talks about Wondo’s and Shea’s goals, but can we talk about @CriisEspinoza7 casually moving this ball onto his *weak foot* and hitting Wondo with a perfect dime? Let’s hope the national press stops underrating him after this nationally televised performance. #Quakes74 https://t.co/QLkO2jshMV
23 Nov, 03:55 AM UTC

✊🏼
@mat3lio
but fr @JesseFioranelli let's make it happen. can't think of a better ending to Wondo's career than a fairytale title run
23 Nov, 03:12 AM UTC

Hamburger Dipshit🌹
@DoHimJob
I rt’d this earlier and Wondo deserves whatever he wants, even if that’s a cup run with an actual contender instead of this fucking joke of an organization. But my god I would be absolutely devastated to see him on another team. https://t.co/lgwfIIdv50
23 Nov, 03:21 AM UTC

@andrew_wiebe
@vivalablue Then what you doing getting scored on by Wondo at the back post? That's not the land of reason, my friend.
23 Nov, 03:14 AM UTC

Dan
@ddanet17
@mat3lio Wondo and Almeyda leaving this winter without the FO spending money would be par for the course.
23 Nov, 02:22 AM UTC