@jaysonst
Brett Phillips had driven in one run since July 27. And he just won a World Series game with 2 outs in the 9th. Who writes these scripts?
25 Oct, 04:21 AM UTC

@ESPNStatsInfo
That was Brett Phillips' 3rd career postseason plate appearance. He's now 1-3 It was the 3rd walk-off win in Rays postseason history and their 1st in the World Series The Rays are the 1st team to win a WS game they trailed entering the bottom of the 9th since the Royals in 2015 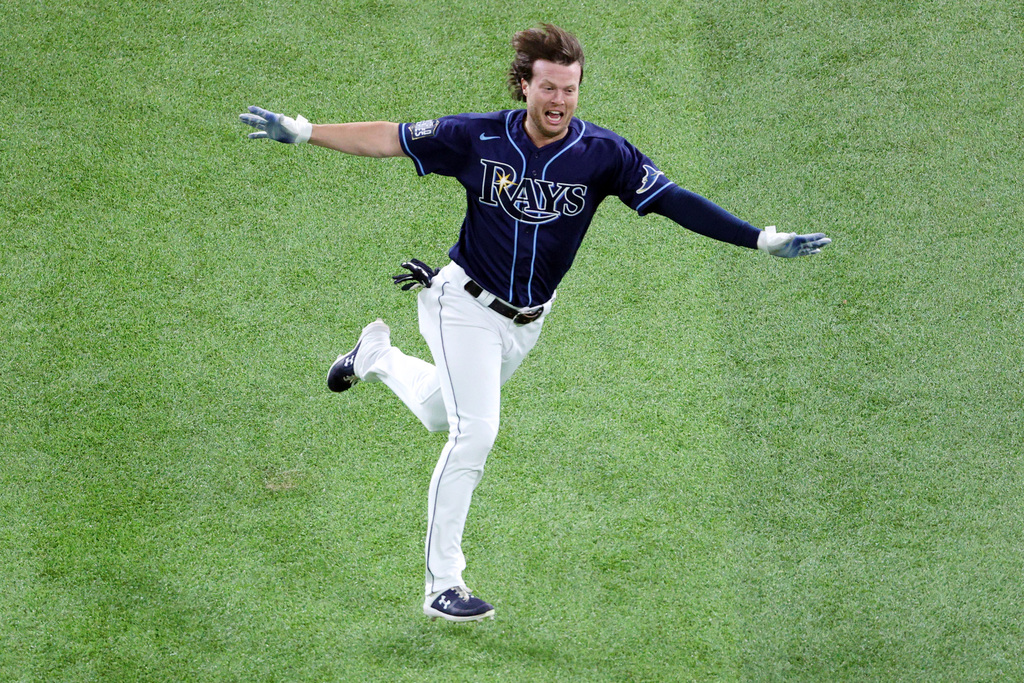 @ScooterMagruder
THE TAMPA BAY RAYS WILL WIN THE WORLD SERIES.
25 Oct, 04:25 AM UTC

@ESPNStatsInfo
That's Kenley Jansen's 4th blown save in the postseason. Only Mariano Rivera (5), Ryan Madson (5) and Armando Benítez (6) have more. The last walk-off loss for the Dodgers in the postseason also came in the World Series (Game 5 in 2017). Alex Bregman hit a single off Jansen. 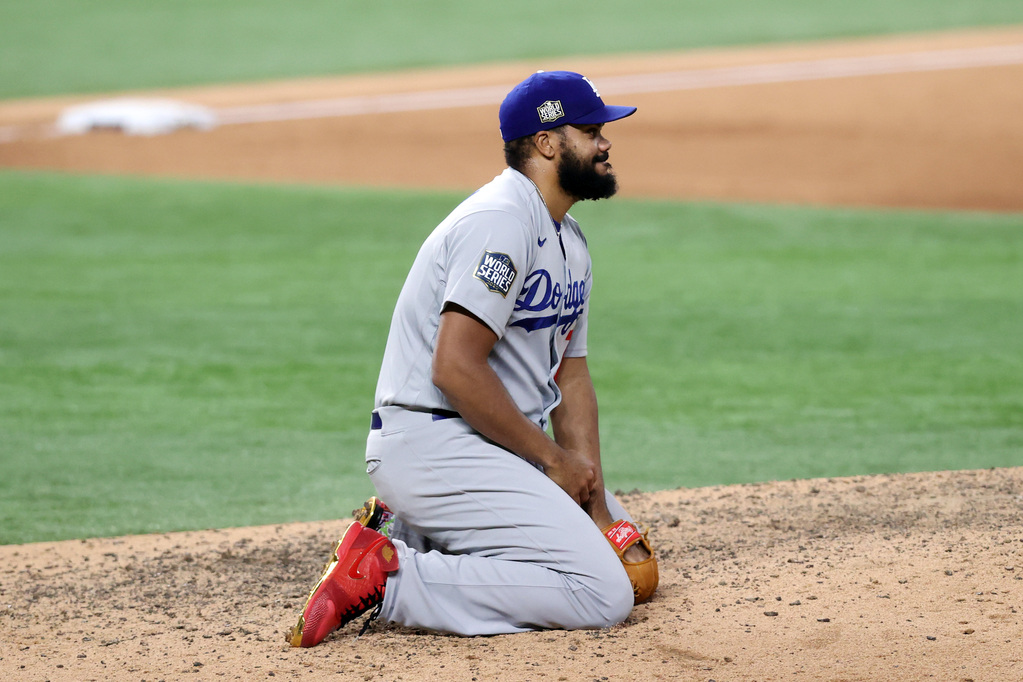 @MLBONFOX
🔊⬆️ for the Spanish audio call of that legendary World Series finish. (via @FOXDeportes) 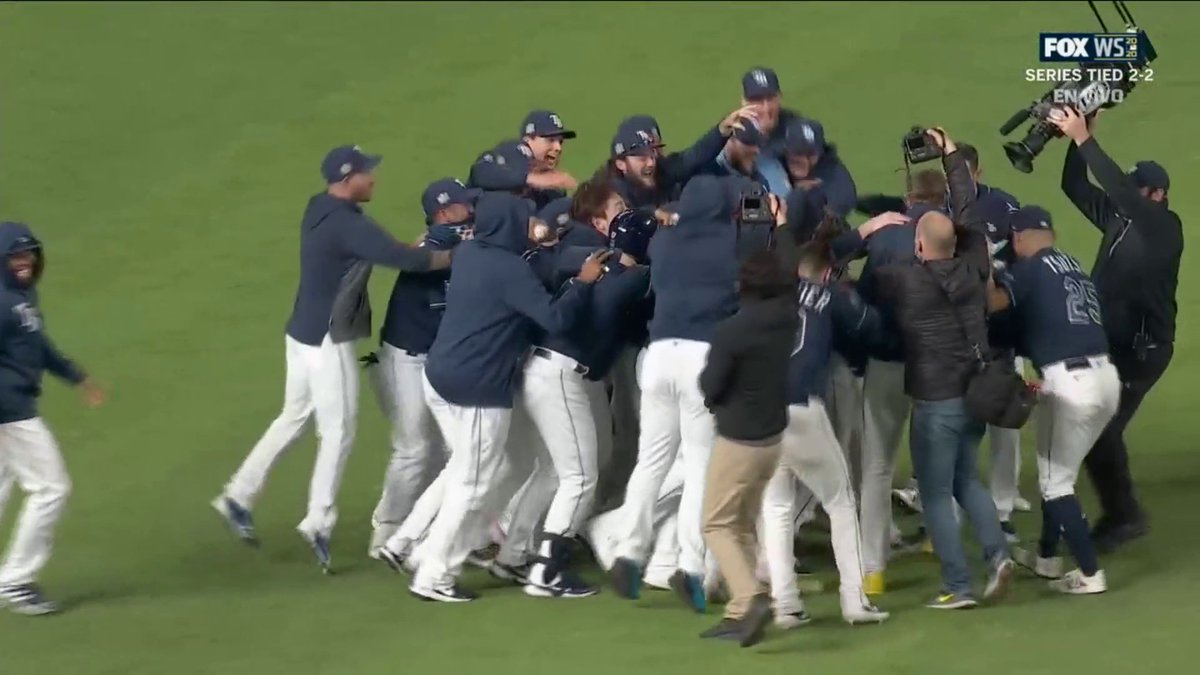 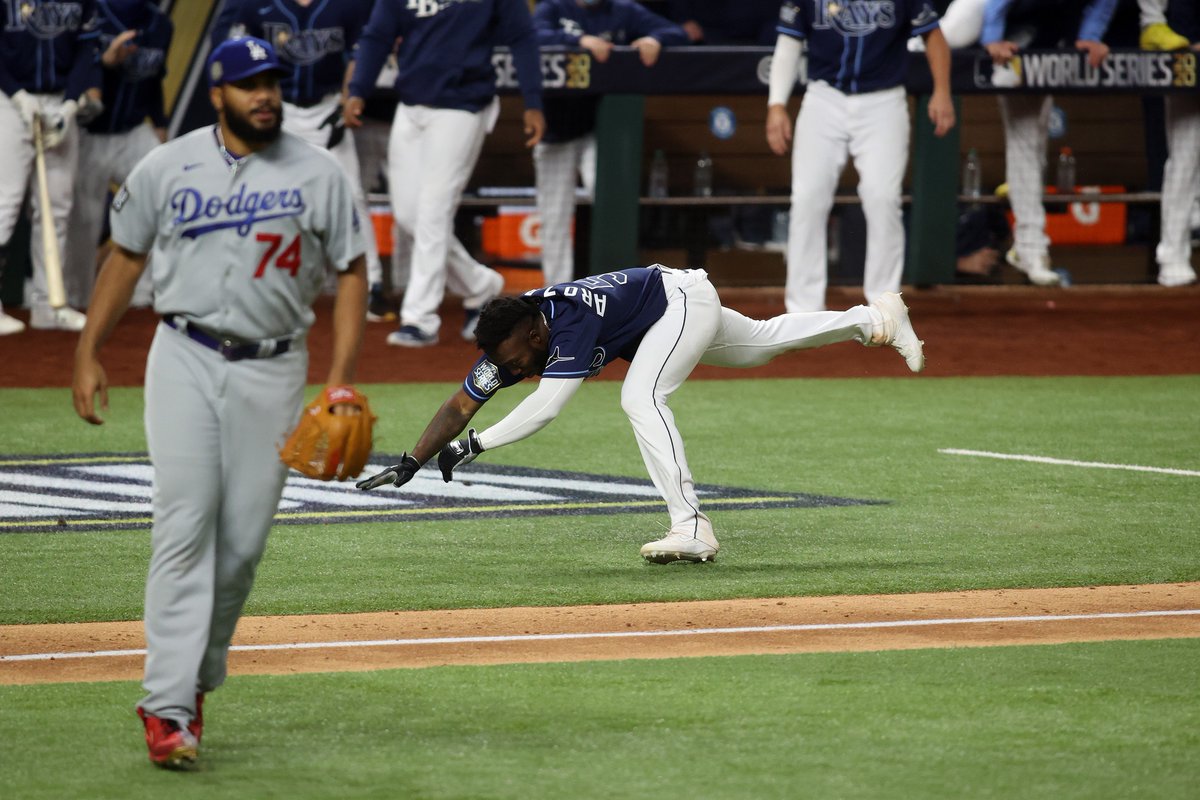 @ESPNStatsInfo
That was the 5th World Series game to end with a walk-off where the winning run scored on an error. Sunday marks 34 years since Bill Buckner's error in Game 6 of the 1986 World Series against the Mets. https://t.co/64ZzrfazoL
25 Oct, 04:45 AM UTC 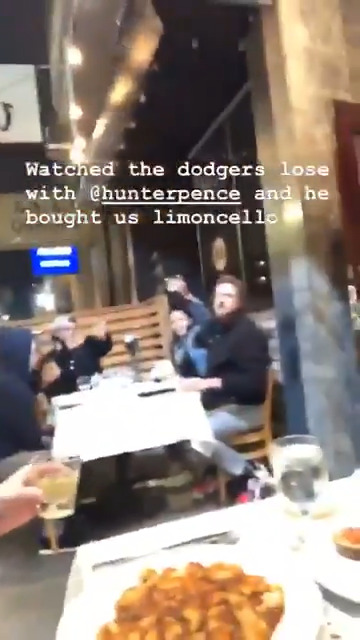 @WillManso
Oh my god. That’s one of the most insane finishes you’ll ever see in a baseball game, let alone the World Series 😳 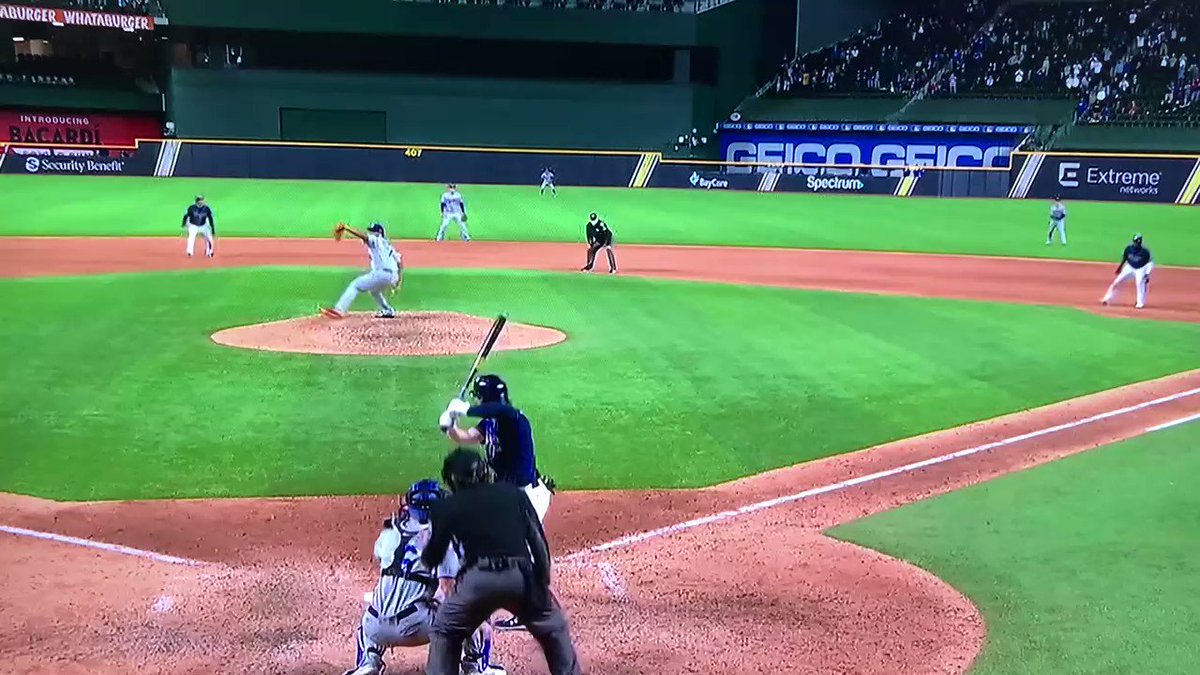 Katie Sharp
@ktsharp
Kenley Jansen now has 4 blown saves in World Series games, the most of any pitcher in MLB history. https://t.co/ZVbgIjPYJ1
25 Oct, 04:33 AM UTC

@ThomasBoswellWP
If you like bizarre, dramatic, clutch, completely unique-unexpected & funny, too --not "best game," but that COMBINATION-- that might be your favorite ending to a World Series game. Don't think a 2-run last-strike walk-off play for 1-run win ever left me laughing & cheering, too.
25 Oct, 04:32 AM UTC

Positive Residual
@presidual
This was the exact moment when Max Muncy caught Chris Taylor’s throw and turned toward home. Randy Arozarena was on the ground not even halfway to the plate. There’s no way this should have resulted in a run in a major league game, let alone the World Series. https://t.co/vpYfq7BFpg
25 Oct, 04:40 AM UTC

@SBNation
That was absurd and incredible and I can't stop watching it. WOW! https://t.co/Pka7tlKNIU
25 Oct, 04:47 AM UTC

Erick
@ecvdblk
Everything is gonna be ok...don’t slander a team that came back from 3-1 to be in the World Series for the 3rd time in 4 years. Both teams are here for a reason, and no one said it was gonna be easy. Take a breath, get some rest, and we’ll regroup tomorrow. Trust God’s Plan 💙 https://t.co/kEguDtYMOW
25 Oct, 06:10 AM UTC

@TerpsBaseball
TERP VS. TERP IN THE WORLD SERIES 🐢 Kolarek strikes out Lowe in the first AB between Terps in #WorldSeries history! #ProTerps 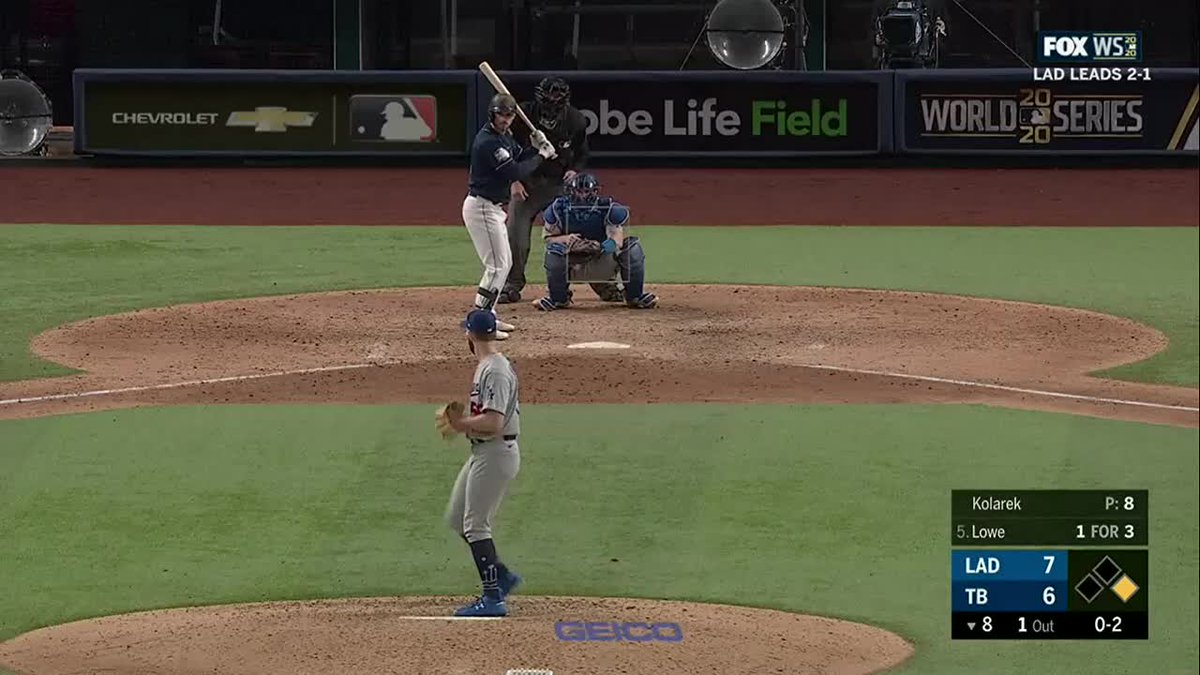 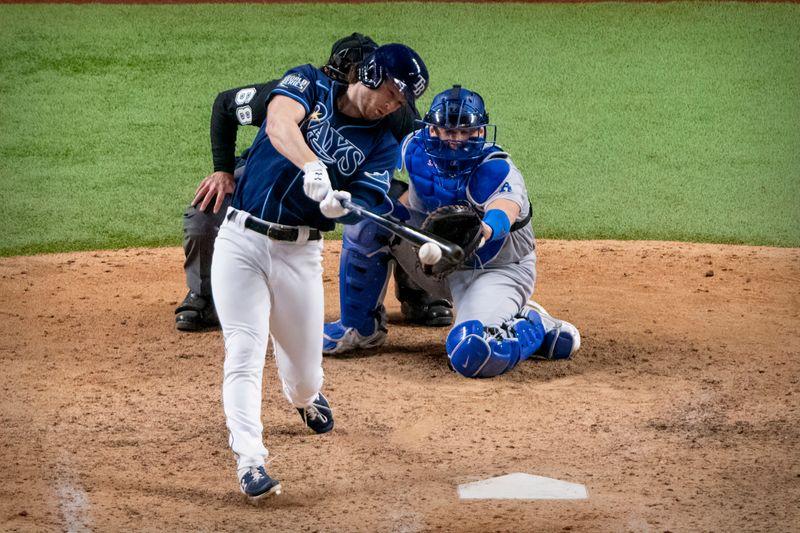 @DodgerInsider
After a stunning finish in Game 4 of the #WorldSeries, the Dodgers look to turn the page. https://t.co/HlcOmZkozu
25 Oct, 05:58 AM UTC

Doug McKain
@DMAC_LA
We've been on the wrong end of too many World Series classics. Tonight was pure PAIN, but we have to turn the page and find a way to win two more games. Failure is not an option right now. We HAVE to find a way to get this done! #dodgers https://t.co/Hof1Pehqw0
25 Oct, 06:04 AM UTC

@ringer
A tumbling ending to Game 4 turned what looked (briefly) like the early stages of a Dodgers coronation into a 2-2, up-for-grabs series that the Rays can easily win. @michaelbaumann: https://t.co/dKw7KLXwkh
25 Oct, 06:19 AM UTC

@Sportsnet
Kenley Jansen was one strike away from giving the Dodgers a commanding lead in the #WorldSeries but things came undone quickly instead. https://t.co/iNn3QANsDx
25 Oct, 06:09 AM UTC