Zajac is trending on Twitter. Popular tweets on Zajac.

@StapeAthletic
Pulock's first of the season is an OT winner. Zajac and Barzal turn it over along the wall, Pulock snaps one home. 3-2 #Isles. 2 points. How? Never mind
12 Apr, 01:33 AM UTC

@AGrossNewsday
Looks like Zajac will skate with Barzal and Eberle to start
11 Apr, 10:43 PM UTC

Rob Taub
@RTaub_
How about Travis Zajac in that OT? A couple of huge faceoff wins and a great jump into Pulock’s arms on the goal-winning celebration.
12 Apr, 01:41 AM UTC

@NYIslanders
“It was a great play on the winning goal. How Zajac stayed on the puck there, created a loose puck and Barzal grabbed it. He made a really quick decision and got it to Pulock and he got the game-winner. It was really nice to see.” Trotz ⬇️ 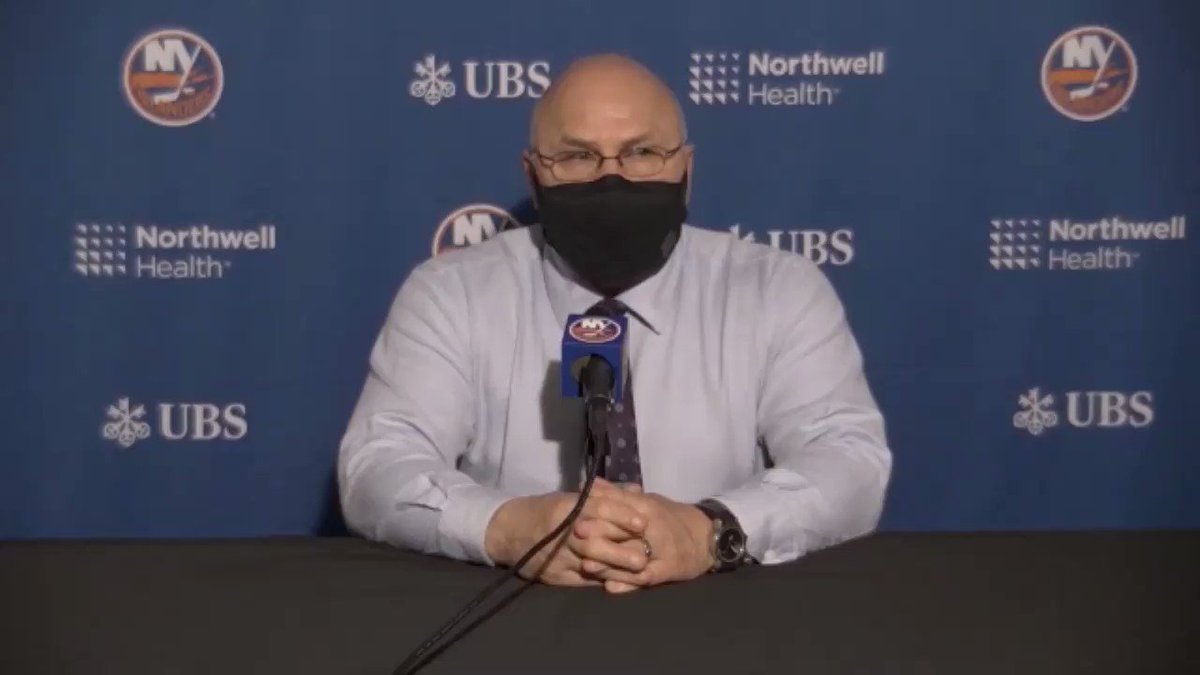 @drosennhl
It's weird to see Travis Zajac with the Islanders, tho I'm getting used to it. It'll be very weird to see Nick Foligno with the Maple Leafs. He's Mr. Blue Jacket. But not right now. I wonder if Ryan Getzlaf moves tomorrow. Talk about weird, right? Welcome to the trade deadline.
12 Apr, 02:17 AM UTC

Carey Haber
@habermetrics
I guess the reason barry loves Zajac was that wall play to create the time for Barzal to make the play. Pretty good stuff there
12 Apr, 01:36 AM UTC

Stefen Rosner
@stefen_rosner
A win is a win. Pretty, not at all. But the #Isles found a way. This #NYR is a very good club and that was clear in the second. Should be proud of this win. Palmieri looked good and Zajac came up huge on the PK with some big blocks. Again, not great. Two points and move on.
12 Apr, 01:42 AM UTC

Jeff Capellini
@JCapGLJ
It's risky in 3-on-3 to do that type of forecheck, but Zajac and Barzal did it to perfection. #Isles
12 Apr, 01:35 AM UTC

Stefen Rosner
@stefen_rosner
Travis Zajac fits in nicely on the #Isles PK. He was positionally responsible and blocked shots. Can never have too many penalty killers.
12 Apr, 02:50 AM UTC

Josh (garik16)
@garik16
@habermetrics I think Barry was getting tired of Barzal losing faceoffs and just said F it, Barzal to wing. Kind of surprised it was Zajac at top line before Pageau, but I guess JGP just can move up and down the lineup at will so Barry doesn't want to mess with it.
12 Apr, 01:37 AM UTC

Matt Di Giacomo
@mdigiac
@RTaub_ Plus a really good play along the wall to free the puck to Barzal so he can pass it to Pully. Monster games from Zajac and Palms tn.
12 Apr, 02:22 AM UTC

Jeff Melcer
@jeffrey_melcer
Let’s sing the praise of Barzal’s pass to Pulock, no looker, like he just knew where Pulock would be. Gretzky-like. Zajac mashed the Rag defender, Barzal picks the puck and bam it’s on Pulock’s stick in the blink of an eye. And Pulock hit the net!!! Fantastic!
12 Apr, 01:52 AM UTC

Ryan Dunni ©
@ryandunni
Palms got a goal but I thought Zajac quietly had a very good game tonight #isles
12 Apr, 01:43 AM UTC

Phil
@Philzfacts
Someone explain to me why these are not the most optimal #isles lines going forward. Nelson-Barzal-Eberle Beau-Pageau-KP Bailey-Zajac-Wahlstrom You’ve got a loaded up top line a perfect mix of R/L and a shooting threat on each line doesn’t this seem obvious?
12 Apr, 02:17 AM UTC

Phil
@Philzfacts
Are they really not giving Zajac an apple on that goal? It looked to me like he jarred it loose to Barzy no?
12 Apr, 02:07 AM UTC

Travis Flynn
@NDRedEagle
I was surprised to see Zajac out there for an early shift of 3v3 OT. Not very mobile, but I suppose mobile enough. His hands / IQ looked good tonight. https://t.co/17s0n09lMc
12 Apr, 02:53 AM UTC

The Sports Beard
@beard_sports
@IslesGirl3 I heard a fan in a @YouTube chat I won’t say which one but you know it say Zajac and Palmeri would wreck #Isles chemistry. I wanted to laugh all the way from Alaska it was so ridiculous sounding.
12 Apr, 02:15 AM UTC